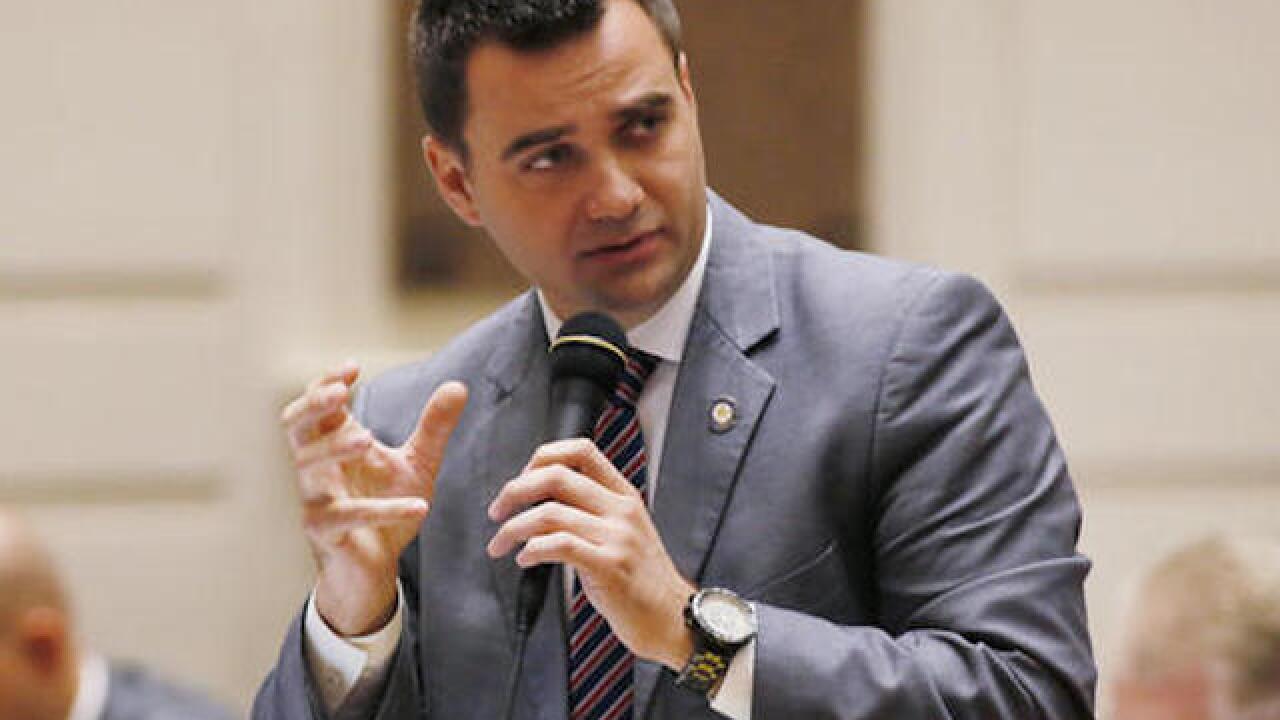 Sue Ogrocki
<p>In this Tuesday, May 17, 2016 photo, Oklahoma state Sen. Nathan Dahm, R-Broken Arrow is pictured on the Senate floor in Oklahoma City. Dahm is the author of a bill awaiting Republican Gov. Mary Fallin's signature that would make it a felony for a doctor to perform an abortion. The bill has been described by critics as the first of its kind in the nation, but such measures are not uncommon in a state that GOP leaders like to describe as the reddest of the red. (AP Photo/Sue Ogrocki)</p>

OKLAHOMA CITY (AP) — The Oklahoma Republican state senator who authored the bill that would effectively outlaw abortion in the state said Saturday that he hasn't decided whether he'll try to override the governor's veto.

"I have not made a decision," Sen. Nathan Dahm, of Broken Arrow, told The Associated Press. "That's what we're pursuing, what we'd like to see accomplished."

He said he'll decide during the coming week whether to pursue an attempt — the same week that the Legislature faces a deadline to adjourn while grappling with a $1.3 billion budget hole that could lead to cuts to public schools, health care and the state's overcrowded prison system. They've yet to be presented with a proposed state budget.

Republican Gov. Mary Fallin vetoed the bill Friday, saying that while she opposes abortion, it was vague and would not withstand a legal challenge.

Michael McNutt, a spokesman for Fallin, said the governor has not been notified of a veto override attempt.

"It's a legislative decision. Obviously she would like it to be supported, but it's up to the Legislature at this point," McNutt said.

The Senate voted 33-12 for the bill on Thursday, one vote more than needed to override in the Senate and send it to the House.

Dahm noted that it could be difficult for those who voted for the legislation to vote for an override.

"Sometimes people, even if they voted for the bill, are hesitant to vote to override the governor's veto because of their concern about the governor being petty and vindictive and vetoing some of their legislation," Dahm said.

Republican Senate President Pro Tem Brian Bingman, who voted for the bill, said Friday that he supported it because it's an anti-abortion measure, but was noncommittal whether he would vote for a veto override.