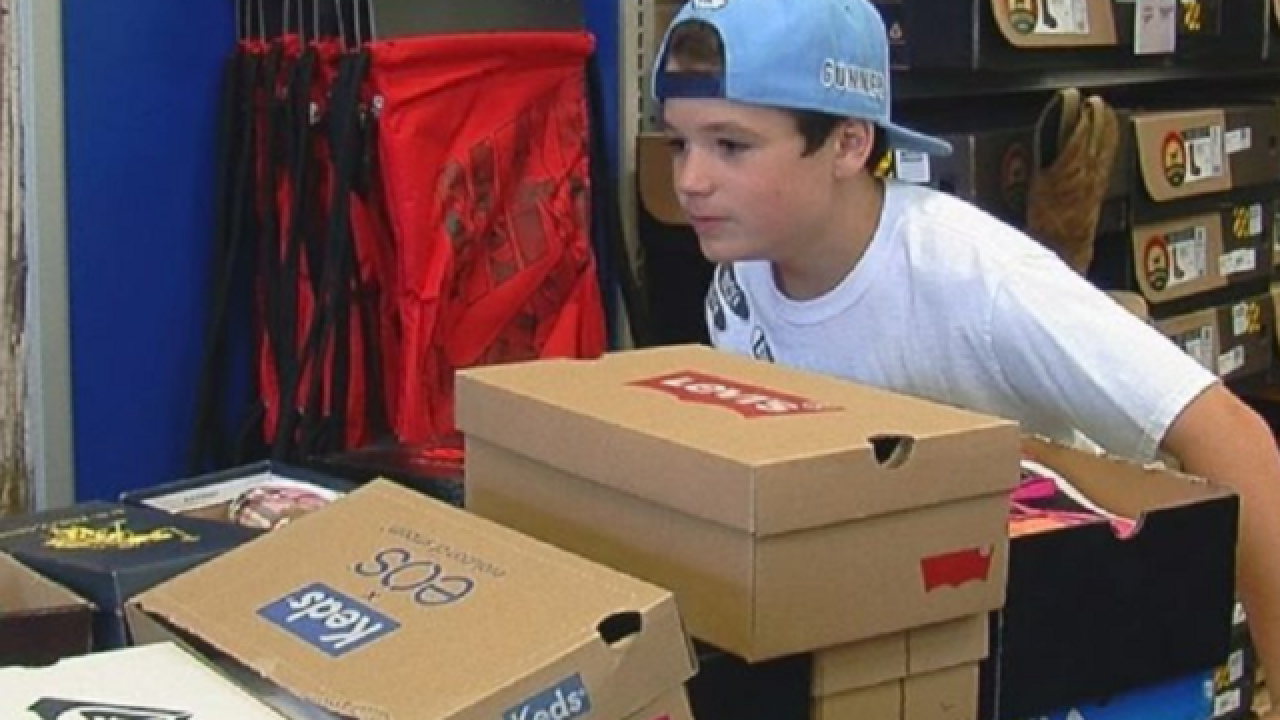 By: Simplemost
Posted at 3:58 AM, Aug 10, 2016
For his past three birthdays, 10-year-old Gunner Robinson has asked for shoes to give away instead of gifts.
Now, as he heads into his 11th birthday on August 15, the initiative that started on his 7th birthday has led to nearly 600 new shoes being collected and donated to those in need. Robinson says that he has always had nice, new shoes to start the school year, and he “wants other kids to get them, too.”
Robinson collects shoes at various locations around his hometown of Wilmington, North Carolina, and several groups have raised money to help support his efforts as well.
Robinson’s parents say they couldn’t be more proud of their son, who started this project (now called Gunner’s Runners) completely on his own.
KSHB