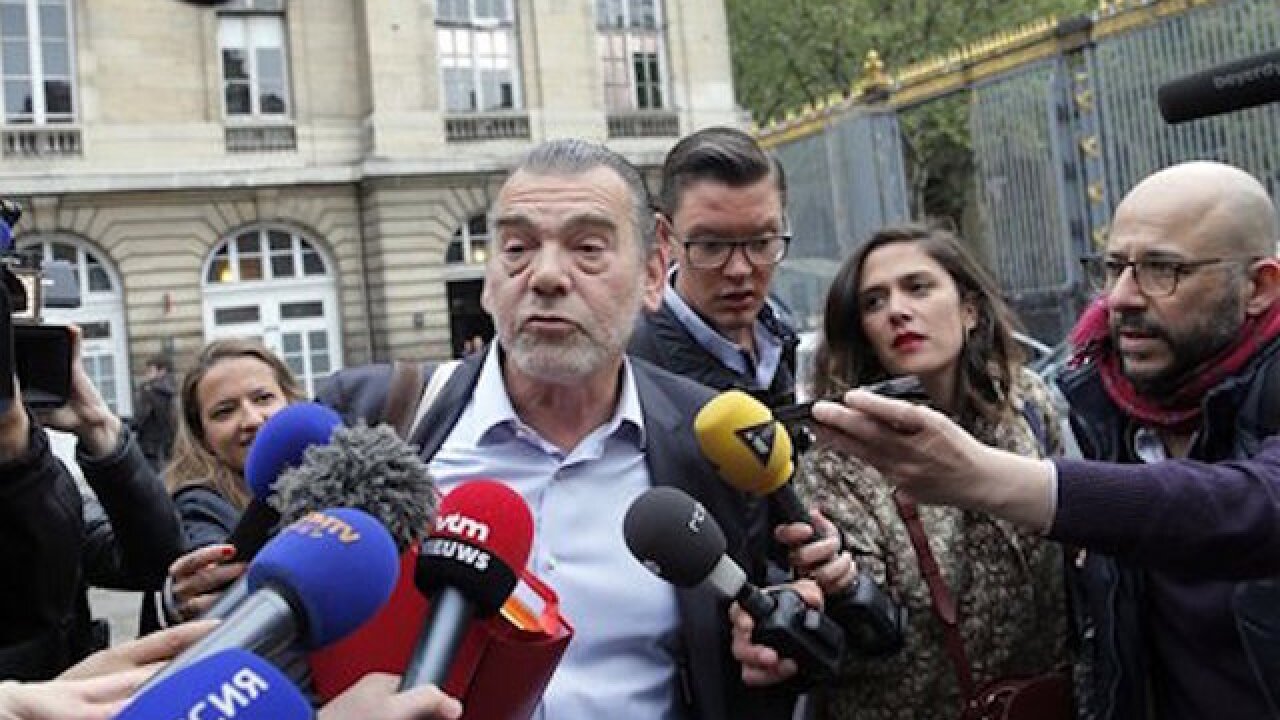 PARIS (AP) — The last known survivor of the team that carried out last November's Paris attacks, Salah Abdeslam, refused to talk during questioning Friday by anti-terror judges amid frustration at 24-hour video surveillance of his cell, his lawyer said.

Abdeslam's lawyer, Frank Berton, said his client invoked his right to silence. While Abdeslam didn't give a direct reason, Berton said he was "disturbed" by 24-hour video surveillance in his maximum-security cell in the Fleury-Merogis prison outside Paris.

"He can't bear being watched on video 24 hours a day," Berton told reporters. "It bothers him, and that doesn't make him want to collaborate with the judicial investigation."

Berton called the surveillance illegal and said he would ask the Justice Ministry to stop it. He called it a political measure "simply to reassure public opinion."

Abdeslam, 26, had said last month he wanted to explain his path to radicalization and his role in the Nov. 13 attacks. Berton expressed hope that Abdeslam would decide to talk soon, but said there was no date set for new questioning.

Berton described his client as weakened by his isolation and the constant surveillance.

"Other than me, he sees no one," Berton said. "He doesn't speak. ... He is in total isolation. That necessarily has very strong repercussions on his psyche and personality."

Authorities and families of attack victims had hoped Abdeslam's testimony would shed light on how IS plotted the attacks, solve mysteries that remain about what exactly happened on Nov. 13, and identify others who might have been involved, or support networks still hiding in the shadows.

Abdeslam, a French citizen of Moroccan origin, was handed a half-dozen preliminary terrorism charges after his transfer on April 27 from Belgium, where he was arrested after four months on the run.

He is the only suspect still alive believed to have played a direct role in the Nov. 13 bloodshed at a concert hall, stadium and Parisian cafes, which killed 130 people. The other attackers died in suicide bombings or under police fire.

Abdeslam's precise role in the attacks has never been clear. The Paris prosecutor has said he was equipped as a suicide bomber, but abandoned his plans and fled to Belgium, where he had grown up. Abdeslam's older brother blew himself up at a cafe during the Paris attacks.

Abdeslam was captured March 18 at a hideout near his childhood home in Brussels' Molenbeek neighborhood. Four days later, suicide bombers detonated their explosives in the Brussels airport and metro, killing 32 people.