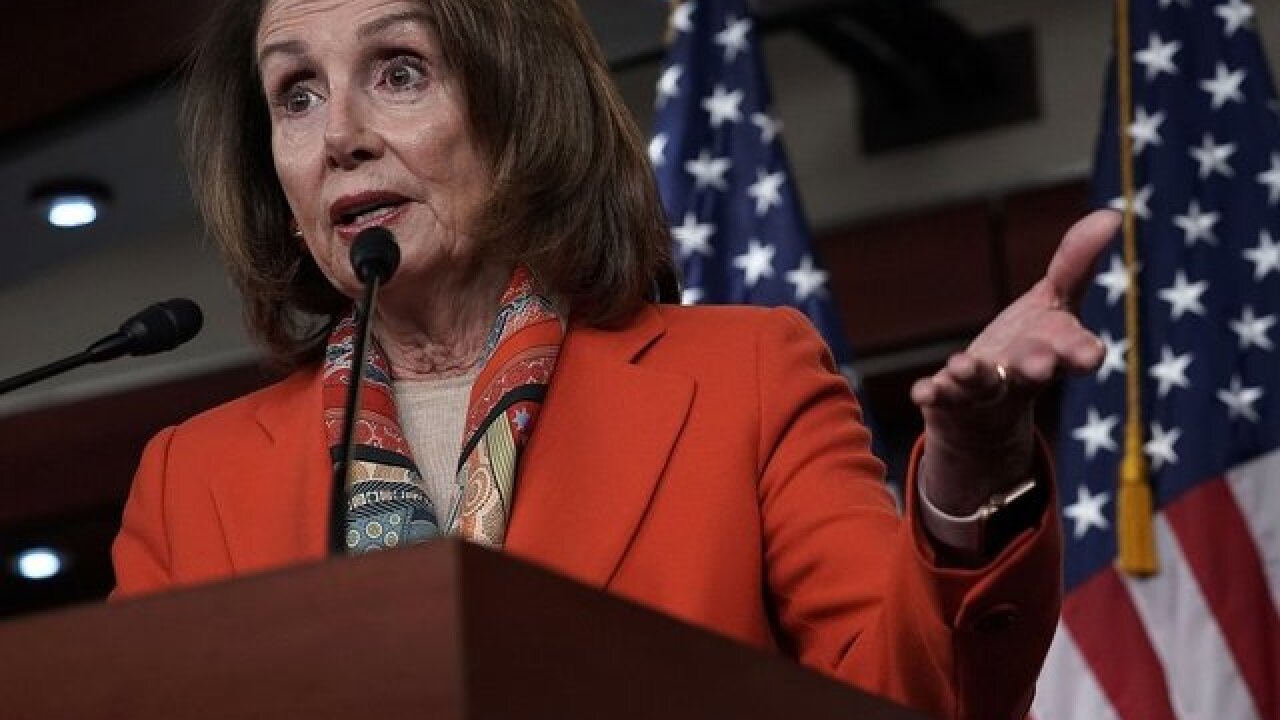 House Minority Leader Nancy Pelosi said at Wednesday's CNN town hall that she doesn't think campaigning on a potential impeachment of President Donald Trump is a good issue to run on.

"I do not think that impeachment is a policy agenda," she said.

The California Democrat pointed to the ongoing special counsel investigation led by former FBI Director Robert Mueller, saying everyone should "let it take its course" before judging the outcome, and noting the difficult, divisive nature of moving to oust a president.

Pelosi noted that there had been pressure for her as then-speaker of the House near the end of the Bush administration to impeach then-President George W. Bush for the Iraq War but that she did not move to do so.

Unlike some rank-and-file Democrats in Congress, Pelosi has been openly skeptical about impeaching Trump, instead calling for the investigation to play out.

"You can't go down any path without the facts and the law," she told CNN last year. "If that's there, perhaps it will come out in these investigations."

She continued, "It's not someplace that I think we should go."

Despite Pelosi's caution and hesitance, CNN reported last month that Republicans were concerned that a Democratic victory where the party retakes the House after the midterm elections next November could lead to swift movement on impeachment. One GOP source said, "I'm sure Pelosi will have immense pressure from the base to impeach."