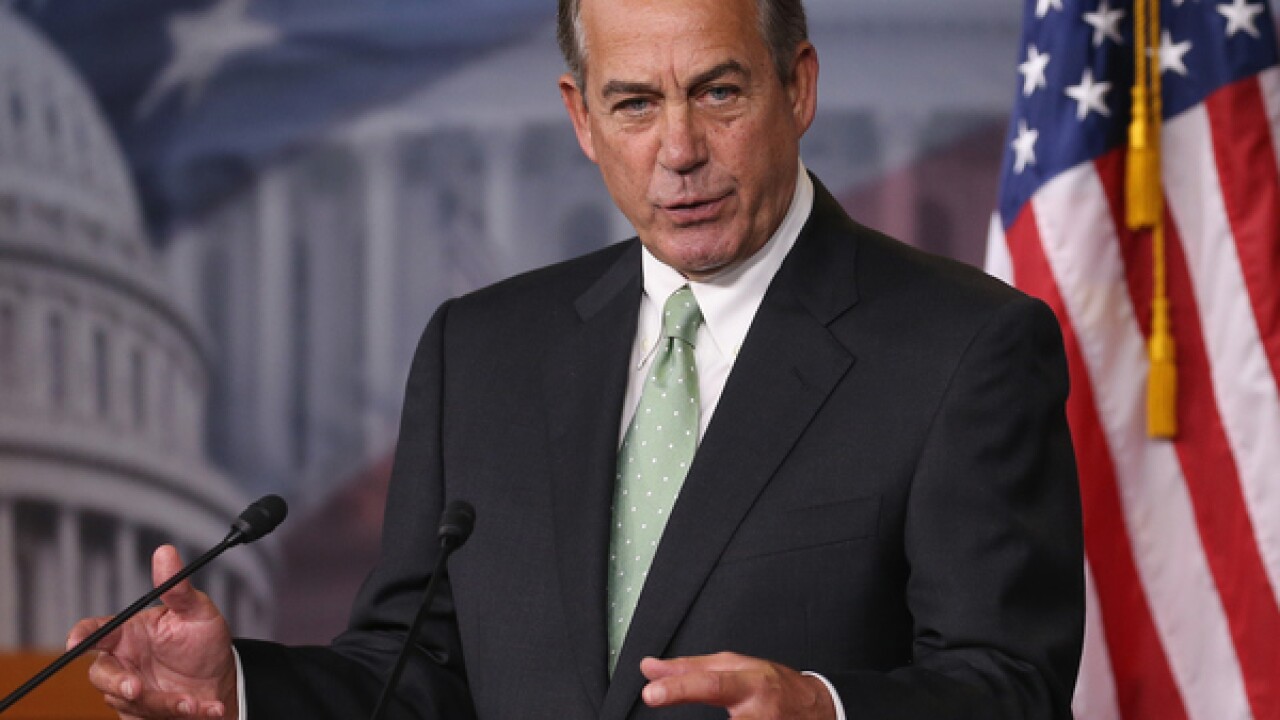 Mark Wilson
<p>WASHINGTON, DC - MAY 21: House Speaker Boehner John Boehner (R-OH) speaks to the media on U.S. Capitol May 21, 2015 in Washington, DC. Speaker Boehner talked about the situation in Iraq and issues before Congress. (Photo by Mark Wilson/Getty Images)</p>

John Boehner shocked the political world after reports surfaced that he plans to resign from Congress at the end of October.

In 2011, Boehner became the first Speaker of the House from Ohio since 1931 and had a hand in a number of key congressional decisions since becoming a U.S. Congress member in 1990.

Boehner had a relatively short stay as an elected leader in local government before moving on to the state house and eventually serving in Congress.

Here’s a look at some of the pivotal moments in John Boehner’s career.

Why it matters: Boehner won his election for the Ohio’s 8th congressional district as a pro-business, anti-government candidate and quickly established himself as a leader among Republican Congress members.

Boehner’s story as one of 12 children in a blue-collar family and his experience as the leader of a small business helped the congressman gain credibility with voters and colleagues alike.

Why it matters: Boehner was one of the “Gang of Seven” freshmen Republican Congress members elected to the House of Representatives in 1990.

The group took on established Republicans and Democrats to expose corruption in office. The efforts helped expose the House Banking Scandal where members of Congress could overdraw their House checking accounts without being punished.

The scandal helped Republicans win control of the House in 1994 as Boehner and others pushed the “Contract with America.”

Boehner’s decision to be part of the “Gang of Seven” went a long way toward solidifying his standing in Republican circles and helped the Congressman to become a member of House leadership.

NO CHILD LEFT BEHIND

Why it matters: Boehner was a chief supporter of the No Child Left Behind Act of 2001, a transformational federal education policy that created a system to tie federal funding to assessment tests with the goal of improving education for disadvantaged students.

Boehner coauthored the bill and helped cheerlead the legislation, which passed with bipartisan support.

Why it matters: Fears of an economic depression swept through the nation. During the middle of the recession, Congress passed the $700 billion TARP program to help bail out financial institutions.

The goal was to improve lending. Boehner voted in favor of the bill, but later wrote that the program “failed to meet expectations.”

The decision to intervene at a time when many either lost jobs, had wages cut or were fearful or economic conditions was one of the most important of Boehner’s career.

Arguments of the program’s effectiveness are debated, but the United States did not end up in the type of economic depression that plagued the nation in the 1930s.

Why it matters: Nearly two years after Boehner became Speaker of the House, the federal government endured a partial shutdown with the goal of stopping the Affordable Care Act.

The government shutdown for 16 days, but the move failed to stop the Affordable Care Act. Conservatives are pushing for a similar shutdown to help stop money for Planned Parenthood.

Why it matters: Boehner, who is Catholic, worked tirelessly to get Pope Francis to become the first pope to address a joint session of Congress.

Offered my first invitation to a Pope 20 years ago. Humbled by the opportunity to fulfill this lifelong dream: http://t.co/SWzrQsp44e