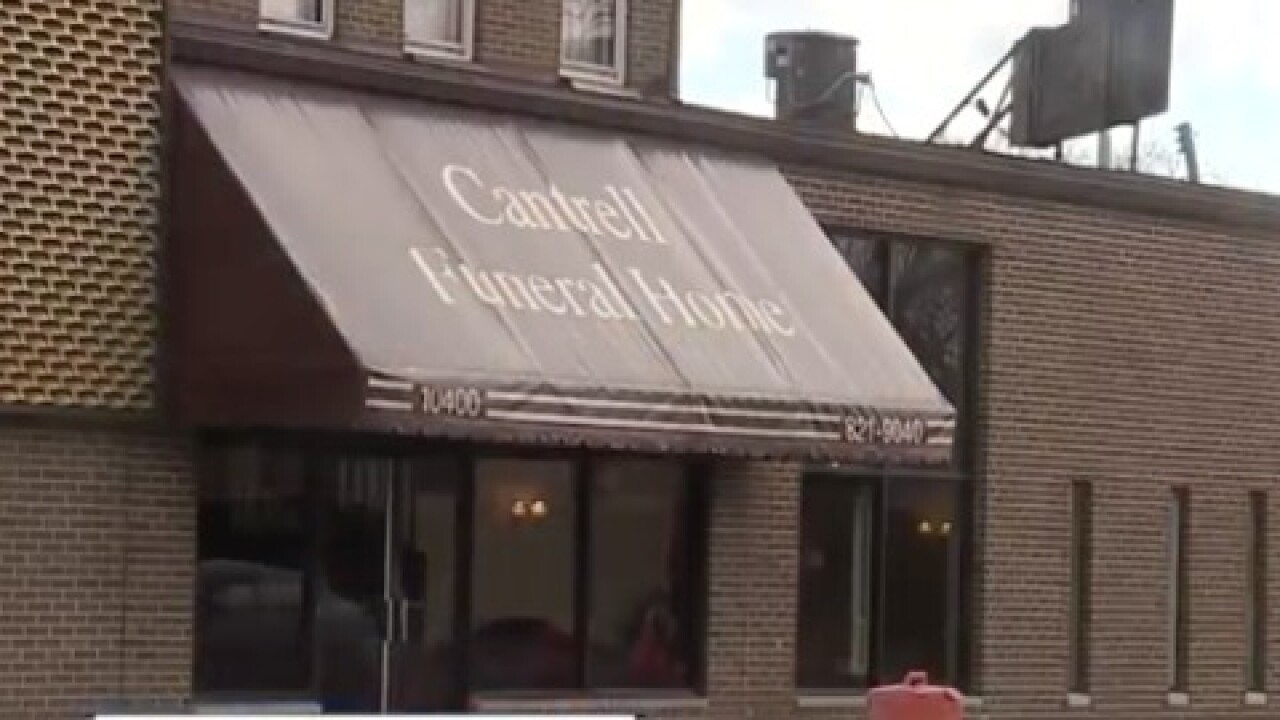 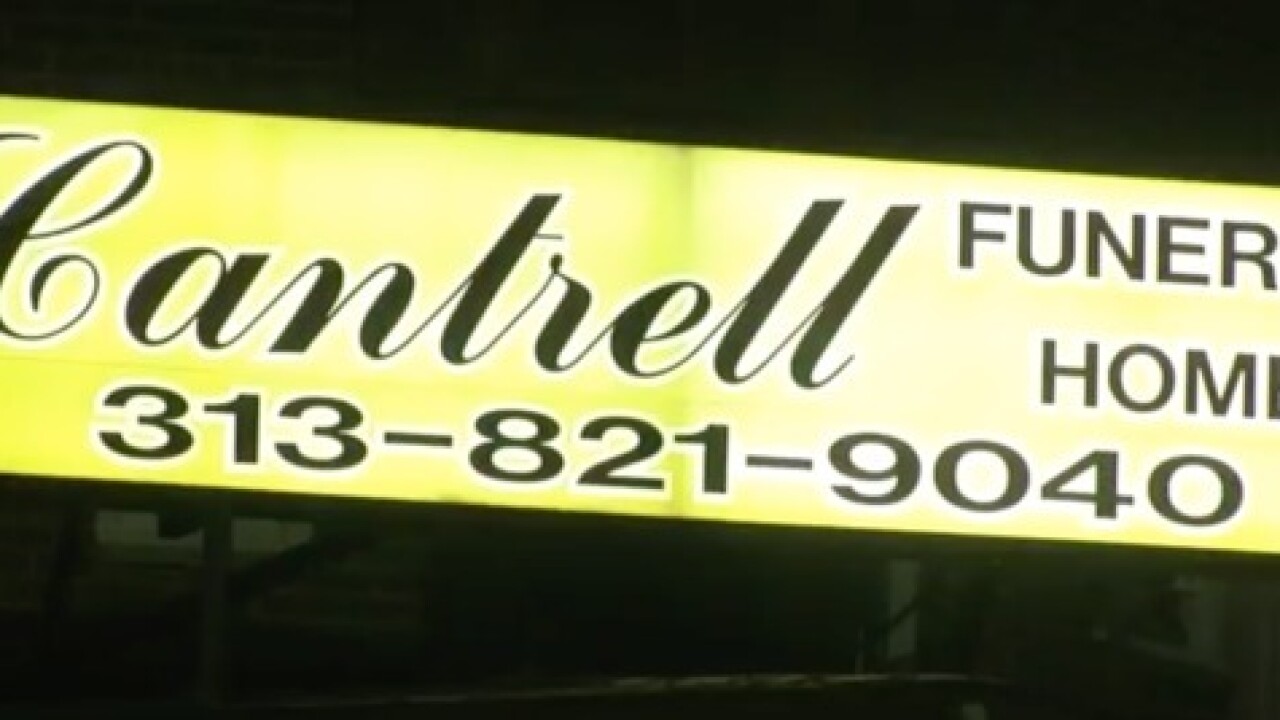 DETROIT - The bodies of 11 infants were found in the ceiling of a former funeral home on Detroit's east side Friday evening, according to Detroit Police.

Police say the bodies were found in a box and in a small casket.

Cadaver dogs were on scene, and in all police found the 11 bodies of infants and stillborns.

The Cantrell Funeral Home was shut down earlier this year due to several violations and "deplorable, unsanitary conditions."

Police say a tip through the Michigan Department of Licensing and Regulatory Affairs (LARA) sparked the investigation.

LARA reported Cantrell Funeral Home had 60 days to either assign its existing prepaid contracts to another person registered under the Prepaid Act and notify the Department and contract buyers of the assignment within 30 days of the assignment.

A spokesperson from LARA has released this statement regarding their investigation:

“Based on a new complaint, LARA investigators today searched Cantrell Funeral Home and found the decomposing bodies of 11 infants. We then immediately contacted local authorities. In April, LARA suspended the mortuary licenses of both the home and its manager Jameca LaJoyce Boone for many violations including the improper storage of decomposing bodies of adult and infants. That suspension order remains in effect as does our investigation. We will use the evidence gathered today to add to our open investigation and will continue to work with local law enforcement as this case proceeds.”