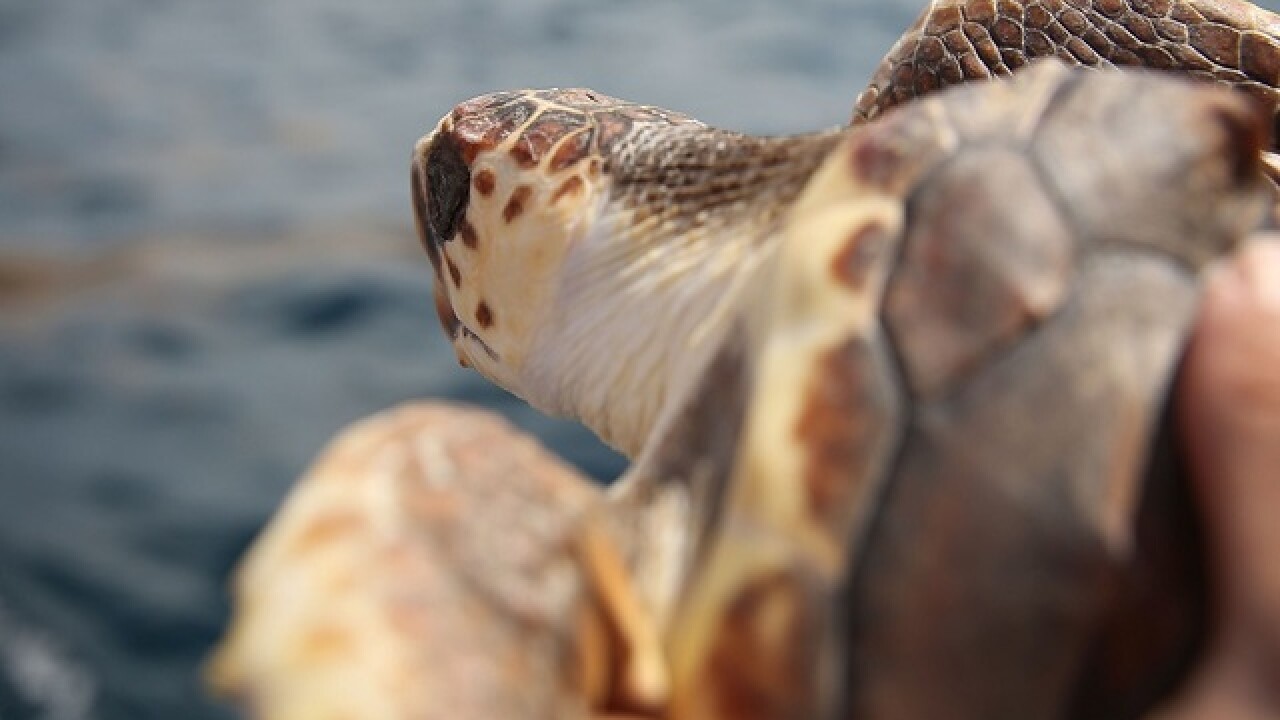 By: Associated Press
Posted at 12:04 AM, Jul 26, 2016
NEW YORK (AP) — A turtle found wandering around a busy New York City bus terminal has been reunited with its grateful but sleepy owner.
Joe Pentangelo (pehn-TAN'-jeh-loh) says a bus dispatcher summoned police Sunday after the rambling reptile was found on a roadway inside the Port Authority of New York and New Jersey terminal.
The turtle had spent about a half-hour at the police desk when a clue emerged: a man holding a second turtle.
He told police that he'd fallen asleep, and the turtles had climbed out of his shoulder bag and went exploring.
He went to claim the second turtle. Then all three hit the road — together. Their final destination was unknown.
Copyright 2016 The Associated Press. All rights reserved. This material may not be published, broadcast, rewritten or redistributed.