Primary takeaways: A history-making upset in Florida, the establishment wins in Arizona 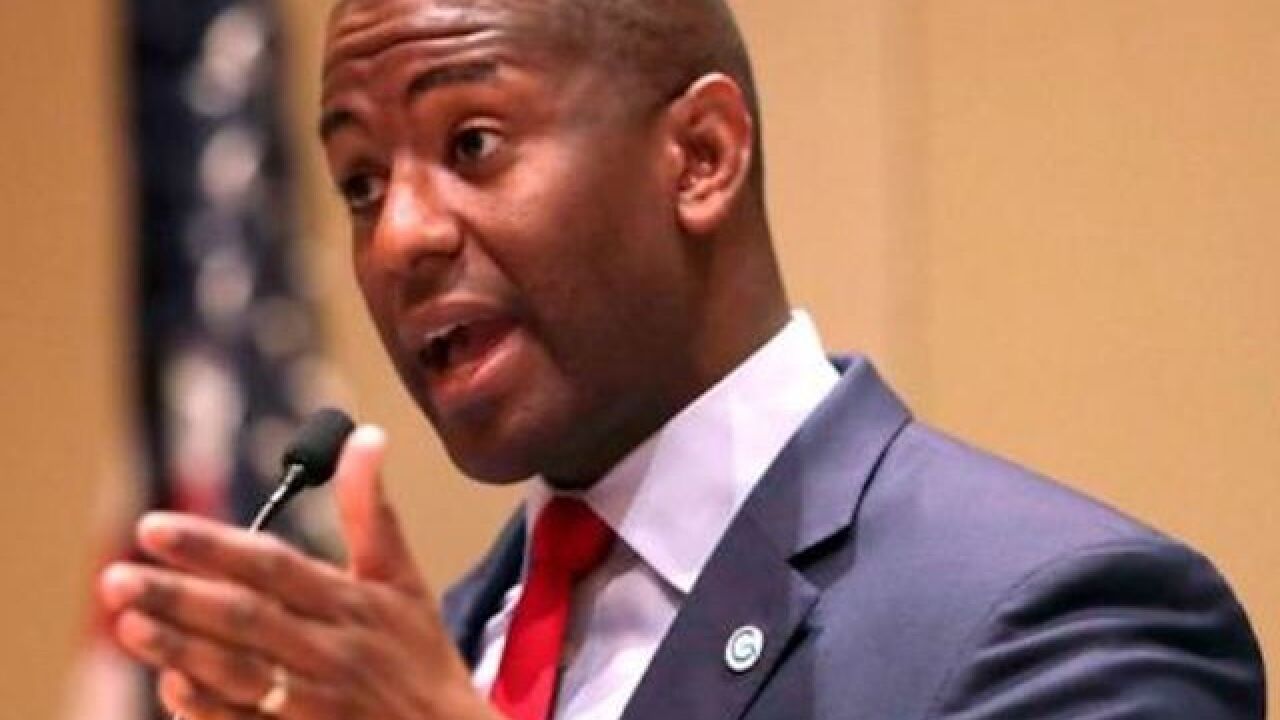 On a night when Arizona's Republican US Senate primary was expected to command most of the attention, a stunning upset victory in Florida's Democratic governor's race stole the show.

Democrats chose the most progressive candidate -- and the only one who wasn't wealthy -- in Tallahassee Mayor Andrew Gillum. Florida's first African-American major-party nominee for governor, Gillum will face Republican Rep. Ron DeSantis, who has the backing of President Donald Trump.

Their race will pit a Republican who is known for praising Trump on Fox News against a Democrat who says he wants single-payer health care and Trump impeached just as the 2020 presidential race gets underway. Florida is a major presidential battleground state.

Tuesday's result in Florida said everything about the direction both parties are going in 2018.

In a pre-Trump world, the race Florida politicos expected was one between Republican agriculture commissioner Adam Putnam -- who'd been in elected office since he was 22 and had lined up the GOP establishment's support -- and moderate Democrat Gwen Graham, a former congresswoman.

But Trump turned the Republican primary on its head in December, when he endorsed DeSantis, a 39-year-old former Navy lawyer, calling him a "brilliant young leader" on Twitter after the two rode together on Air Force One to a political rally in Alabama.

The race is another reflection of the President's influence with Republican primary voters -- particularly stacked against the GOP donor and insider class.

It comes after Trump tipped a primary one state north, in Georgia. The Republican runoff between Lt. Gov. Casey Cagle and Secretary of State Brian Kemp had been close -- until Trump endorsed Kemp. It turned into a 40-point rout.

In Georgia, another African-American progressive Democrat, Stacey Abrams, won the Democratic nomination against a moderate opponent. It sets up the two states as key tests of the national political environment in November's midterm elections.

McSally wins, but at what cost?

Rep. Martha McSally won the bruising, drawn-out Republican primary for Arizona's open US Senate seat on Tuesday, but did so by running hard to the right. That could hurt her in her general election fight against Democratic Rep. Kyrsten Sinema.

McSally responded to the era of Trump -- and her more conservative opponents -- by embracing the President, who remains popular with Republican primary voters, and some of his policies.

McSally's strategy was one of necessity: Kelli Ward, the arch-conservative local lawmaker, and Joe Arpaio, the controversial former Maricopa County sheriff, ran against McSally by casting her has as a fake conservative, hoping to fire up the Republican electorate that helped deliver Trump the state in 2016.

While that strategy failed -- Ward and Arpaio were unable to come close to McSally on Tuesday -- it caused the congresswoman to abandon some of her more moderate positions in favor of those championed by conservatives.

On immigration, for example, McSally responded to Ward and Arpaio's conservative views by pulling her support for a moderate immigration bill in Congress in favor of a more conservative plan. McSally's campaign also looked to clean up her track record on the issue by removing a video on YouTube of her defending the Deferred Action for Childhood Arrivals program.

McSally took a particularly conservative stance on abortion and also shifted on Trump himself.

While she called his comments about women captured on the "Access Hollywood" tape "disgusting" in 2016, she ran toward him in her 2018 race, running an ad featuring the President calling her the "real deal" and trying to cast Ward as the Trump critic in the race.

Now that she is asking a broader -- and far less conservative -- audience for its vote, that could make it difficult to appeal to the middle in a state that has grown more purple in recent years.

Democrats now believe there are two deep-red states in the middle of the country -- Oklahoma and Kansas -- where the governor's offices are in play in November.

He'll take on Democratic former state Attorney General Drew Edmondson. And Stitt is the candidate Democrats wanted to face. They see him as weakened by his mortgage company's actions during the financial crisis.

In both Oklahoma and Kansas, Democrats are optimistic because of the energy the party generated in the spring with teachers' protests over education funding. Stitt said during the primary that he would not have signed into law a $474 million package signed by Fallin that boosted teachers' salaries -- a position that could alienate educators, who have proved a powerful grass-roots force in state politics this year.

The race is similar in Kansas, where Republicans nominated Secretary of State Kris Kobach, who is controversial because of his unproven claims of mass voter fraud. It's not clear whether Republicans in Kansas who are alienated by Kobach will drift to the Democratic nominee or a third-party candidate.

The battle of the war chests is set

Democratic Sen. Bill Nelson is now officially facing Republican Gov. Rick Scott in Florida's US Senate race, a contest that has already cost the two campaigns and outside groups more than $50 million, according to the Center for Responsive Politics.

While Democrats are buoyant about their chances to flip the House in November, the Senate is a more uphill climb, in part because of races like Florida, where a host of recent polls have shown the Republican with a slim single-digit lead over the incumbent.

Political watchers believe Nelson vs. Scott will end up being the most expensive race of the cycle, if not ever. While Nelson has a cash-on-hand advantage over Scott, the governor has sizable personal wealth, spending more than $90 million combined on his two governor's races, and outside spending will flood the state.

Democrats' path to controlling the House could go through Florida, and several key races there took shape on Tuesday.

In the state's 26th District, Debbie Mucarsel-Powell, an Ecuadorian immigrant who came to the United States as a teenager, won the Democratic primary on Tuesday and will face Rep. Carlos Curbelo, one of the country's most vulnerable Republicans, in November.

The district, which encompasses the Florida Keys and some of Miami's suburbs to the south, is a key target for Democrats and one of 25 Republican House districts that Hillary Clinton won in 2016.

The same is true for Florida's 27th District, where Donna Shalala, President Bill Clinton's secretary of health and human services and the former president of the Clinton Foundation, won the Democratic primary.

The district was opened when moderate Republican Rep. Ileana Ros-Lehtinen decided not to seek re-election. Journalist Maria Salazar won the Republican nomination and will square off against Shalala in the district, which includes downtown Miami, Coral Gables and Miami Beach.