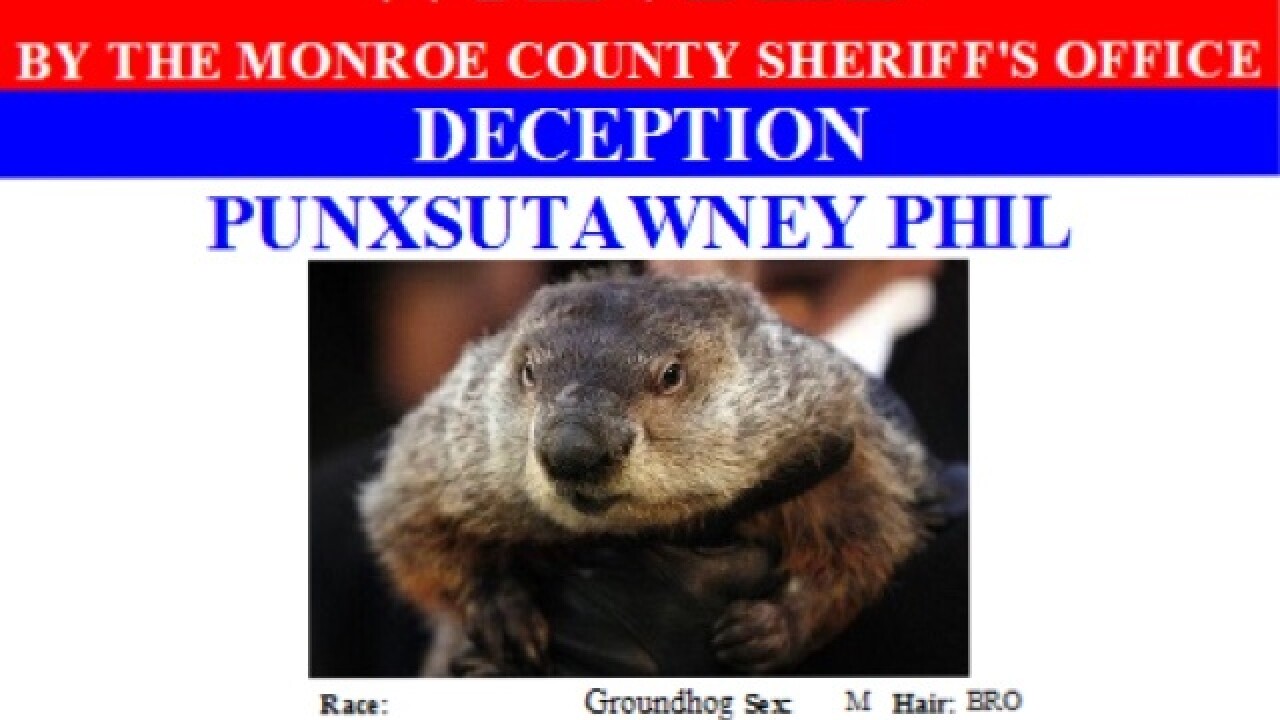 On Groundhog Day, Phil saw his shadow, declaring to the world there’d be six more weeks of winter.

The Monroe County Sheriff’s Office issue is simple, according to the wanted poster posted on Facebook: It's been more than six weeks since his prediction, and snow's still falling.

Phil said winter would be over by March 16, but by the second day of spring, the county was in the middle of “yet another snowstorm.”

No word on whether he has any scars, marks or tattoos.