Rates of syphilis, gonorrhea and chlamydia are at record highs 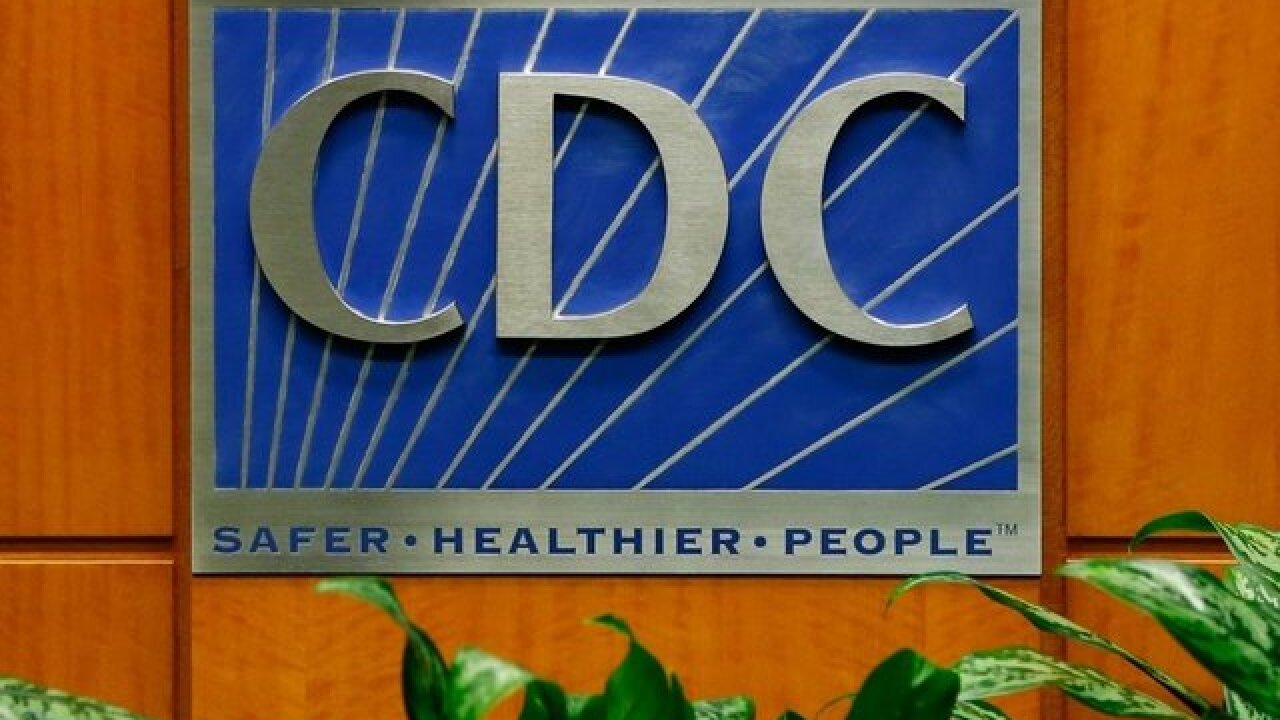 Rates of syphilis, gonorrhea and chlamydia have climbed for the fourth consecutive year in the United States, the Centers for Disease Control and Prevention announced Tuesday at the National STD Prevention Conference in Washington.

Last year, nearly 2.3 million US cases of these sexually transmitted diseases were diagnosed, according to preliminary data.

That's the highest number ever reported nationwide, breaking the record set in 2016 by more than 200,000 cases, according to the CDC.

"Sadly, it's not a surprising trend," said Rob Stephenson, a professor and director of the Center for Sexuality and Health Disparities at the University of Michigan in Ann Arbor, who was not involved in the new CDC research.

"I think over the last five years, we've seen a rapid increase in the prevalence of sexually transmitted infections in the US, and we're also starting to see a plateau in our fight against the HIV epidemic, as well," he said.

"We're talking about millions of infections with just these three infections," said Dr. Edward Hook, endowed professor of infectious disease translational research at the University of Alabama at Birmingham's School of Medicine and scientific committee chair of the National STD Prevention Conference.

It's concerning to see such tremendous and significant increases in STD rates across the country, Hook said.

"Gonorrhea diagnoses that were reported to the CDC increased by nearly 67%. Diagnoses of primary and secondary syphilis increased over 75%, and chlamydia rates continued to increase," he said. "It's important to remember that while these are preliminary data, and the data are eight months out of date. There's absolutely no reason to think that the increases that are being described by the CDC haven't continued into 2018."

'We are sliding backward'

Chlamydia, which remained the most common STD reported to the CDC, is caused by the bacterium Chlamydia trachomatis and easily transmitted during any form of sexual activity. If not treated, chlamydia can lead to pelvic inflammatory disease in women, which can cause permanent damage to the reproductive system. In men, the infection can spread to the tube that carries sperm from the testicles, causing pain and fever.

Syphilis, caused by the bacterium Treponema pallidum, can affect the heart, nervous system and other organs if left untreated. Syphilis is most often transmitted through sexual contact.

If not treated, gonorrhea can cause severe and permanent health issues, including problems with the prostate and testicles in men or problems with pregnancy and infertility in women.

Gonorrhea is typically treated with a dual therapy of the antibiotics ceftriaxone and azithromycin.

Yet the threat of antibiotic-resistant gonorrhea persists nationwide. If gonorrhea becomes resistant to all such combinations of antibiotic therapies, it could become an untreatable STD.

"It's important to realize that the gonococcus, the bacteria that causes gonorrhea, has reliably developed resistance to every antibiotic that has ever been used to treat the infection. But in the past 15 to 20 years, the number of new antibiotics available and the development of new antibiotics has slowed greatly," Hook said.

"So we have this continued inexorable process of the gonococcus developing antimicrobial resistance, coupled with fewer new antibiotics to pick up and take care of the problem if it develops," he said. "That's a very troublesome combination."

"We expect gonorrhea will eventually wear down our last highly effective antibiotic, and additional treatment options are urgently needed," Dr. Gail Bolan, director of the CDC's Division of STD Prevention, said in a news release about the new numbers of reported cases.

"We can't let our defenses down -- we must continue reinforcing efforts to rapidly detect and prevent resistance as long as possible," she said.

All in all, "we are sliding backward," Dr. Jonathan Mermin, director of the CDC's National Center for HIV/AIDS, Viral Hepatitis, STD, and TB Prevention, said in the news release.

"It is evident the systems that identify, treat, and ultimately prevent STDs are strained to near-breaking point," he said.

The National STD Prevention Conference, where the preliminary data were presented, continues until Thursday. During the program, health care professionals, scientists and other experts will discuss the STD epidemic and possible solutions.

Why STD rates are rising, and how you can stay safe

Hook noted that such solutions could include increasing STD testing and treatment services, as well as increasing funding for health clinics and surveillance programs.

"It's important for the public to understand that most sexually transmitted infections are transmitted by people who do not know that they're infected," he said.

"We need to encourage health care professionals to routinely test and evaluate their patients for sexually transmitted infections," Hook said. "For every sexually active woman in the United States under age 26, it's recommended that those women get tested for Chlamydia trachomatis, the most common sexually transmitted infection in our country, every year -- and yet current data are that that happens for less than half of women."

The University of Michigan's Stephenson said that prevention is key to reducing the number of new STD cases -- such as practicing safe sex and getting tested regularly.

"Yet I think, when we think about sexually transmitted infections, we think of them through a curative lens, not a preventative lens," Stephenson said.

"We need to switch the dial on this in people's minds to think more about prevention rather than a too-late curative response," he said. "There's many ways we could do this. We could teach primary care providers and physicians to talk more about prevention with a client. We could start very early on in sex education by talking about the prevention of sexually transmitted diseases at young ages by giving people the behavioral skills they need to protect themselves."

At the same time, there have been declining resources for the CDC's Division of STD Prevention, Hook said.

"The purchasing power of the CDC's budget for sexually transmitted disease prevention has declined 40% in the past 15 years," he said. "The CDC and the public health clinics, where most of this reporting comes from, represent the safety net for Americans, for people who may not have access to primary care providers or other sources of care. So the decline and the limited availability of resources for that is no doubt part of the contributor."

In recent years, state and local STD programs have seen budget cuts, too. In 2012, 52% of such programs experienced budget cuts, amounting to reductions in clinic hours, contact tracing and screening for common STDs, according to the CDC.

Additionally, the direct medical costs of treating STDs in the US are not cheap.

The 19.7 million cases of sexually transmitted infections that occurred in 2008 in the US equaled about $15.6 billion in total lifetime direct medical costs, according to a study published in the journal Sexually Transmitted Diseases in 2013.

"I do think we've seen significant funding cuts in prevention efforts around sexual health in general," Stephenson said. "It's not a difficult jump to see how that's actually preventing us from winning the fight against negative sexual health outcomes."