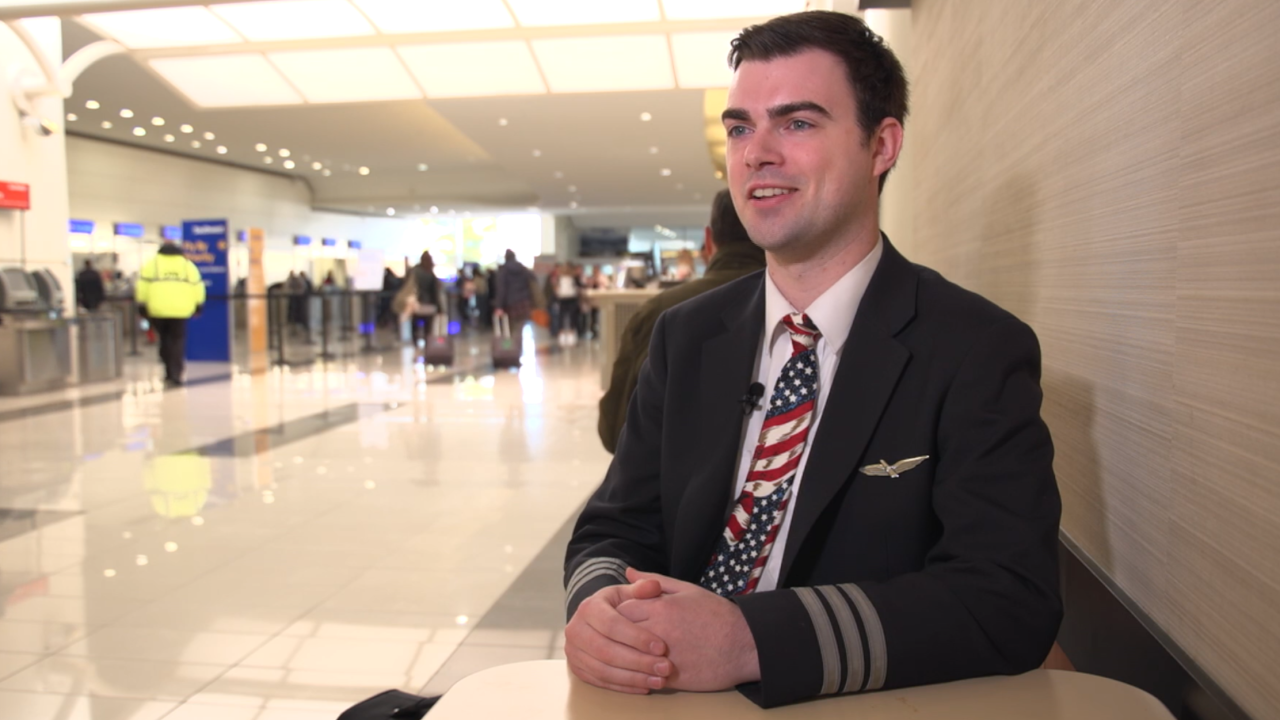 At the age of 22, Purdue University graduate Andrew Hoyler accomplished his goal of becoming a pilot.

“It was tough to look forward to the future, just because $164,000 clouding over your head is not something that anyone wants,” he says.

“Looking back, it's crazy that it's already come this far and that I’ve been able to pay off this much, but it hasn't been without sacrifice,” Hoyler says.

Those sacrifices include living at home with parents, skipping out on vacations with friends and using a large chunk of a $60,000 signing bonus to pay down his debt.

“It was a little rough putting most of that towards the student loans,” he says. “But here today, I'm happy I made that decision and didn't go out and buy a new car.”

Hoyler says he also uses his tax refunds to help pay down his debt. It's something anyone who gets a refund can do, whether it's for student loans, car payments or credit cards.

“For many Americans, the biggest windfall they get all year is a tax refund, so this time of year, that is a great opportunity to really take out a big chunk of your debt,” says Arielle Oshea, a personal finance expert with NerdWallet.

Oshea says for Americans struggling with debt, taking small steps like cutting cable, skipping eating out or not going shopping can add up.

“Small amounts seem like they're going to be a drop in the bucket compared to your debt balance in many cases. But when you add them together and you make a cut here and make a cut there, and you maybe bring in some extra income, all of that adds up and it can very quickly lead to you being able to make bigger payments on your debt every month,” Oshea says.

As Hoyler proves, small sacrifices can lead to a big payoff.