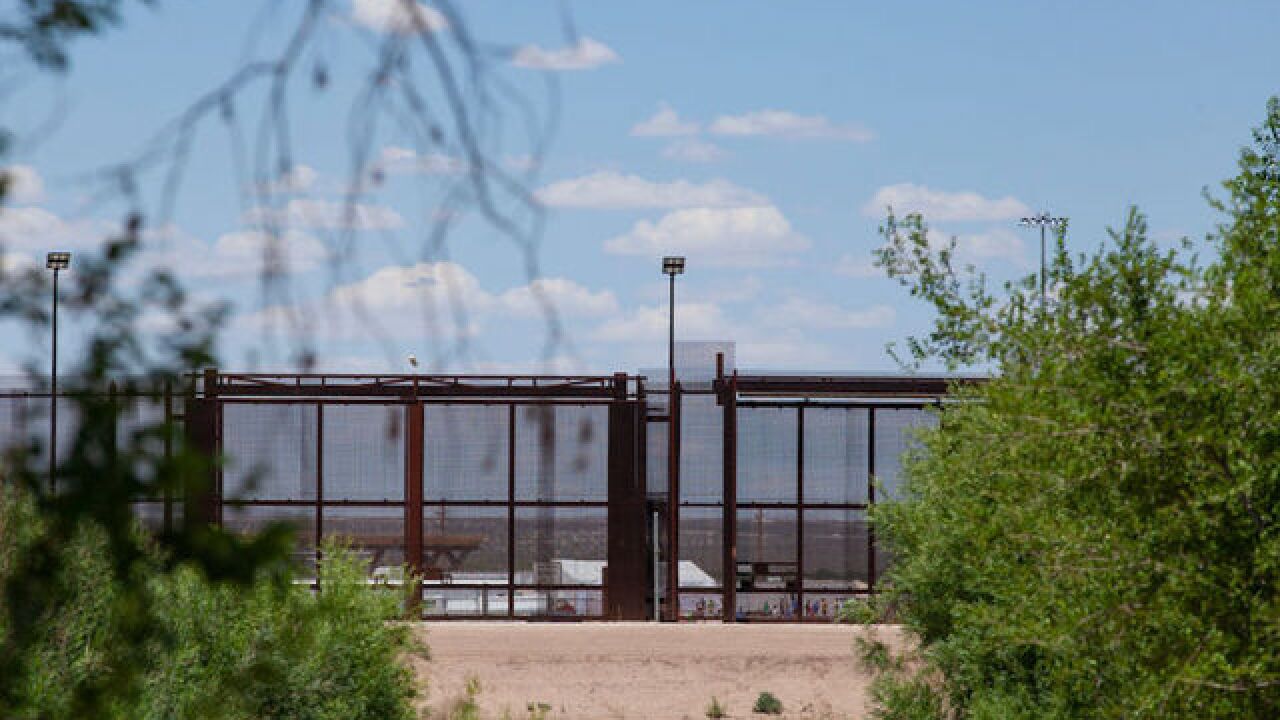 Copyright 2018 Scripps Media, Inc. All rights reserved. This material may not be published, broadcast, rewritten, or redistributed.
Christ Chavez
<p>Tents to house unaccompanied migrant children are seen at the Tornillo-Marcelino Serna Port of Entry on June 18, 2018 in Tornillo, Texas. The Trump Administration's "zero tolerance" immigration policy has led to an increase in the number of migrant children who have been seperated from their families at the southern U.S. border. </p>

House Republican negotiators are inching closer to finding a way to keep parents and families together when they are detained at the border in a bigger bill they hope will get a vote this week as public and political pressure to change the current practice hits a fever pitch.

The broad piece of legislation would also fund President Donald Trump's border wall and give recipients of the Deferred Action for Childhood Arrivals program a path to citizenship. The GOP lawmakers have been working for days to include language that would shield family units who are crossing the border for the first time together from being broken apart.

Republicans could introduce their final bill Tuesday, which will largely reflect the draft that was out last week but now includes the new provision that addresses family separation.

This comes just hours before Trump is to meet with Republicans on Capitol Hill to discuss the roiling situation along the US-Mexico border.

The proposed change is not final, according to three Republican sources, and is still being worked out, but could more fully address family separation at the border than current language.

Right now, the bill overturns a court ruling that says minors cannot stay in the custody of the Department of Homeland Security longer than three weeks. But, that language would still do little to stop family separation because under the "zero tolerance" policy of the White House, first time border-crossers are still being prosecuted and going through criminal proceedings in the US Justice system. Once a parent goes into Justice Department custody, they are separated from their children. Previous administrations have addressed those individuals in civil court, which meant no separations.

The way drafters are looking to modify that, according to four sources familiar with the negotiations, would be to change draft language so that in addition to overturning the court settlement that allowed children to stay, when a parent was criminally referred to the Justice Department, Homeland Security would keep families in their custody rather than in Justice Department custody. The change would apply to first time border-crossers, not serious offenders or others who are deemed a danger to children.

There would also be resources provided to allow the Department of Homeland Security to absorb the news influx of families in their facilities, sources say.

The change is still being negotiated and is not final as negotiators work alongside the Trump administration, according to one Republican familiar with negotiation.

The change would be subtle, but important and could be one option to helping Republicans stop the images of children being pulled from their parents' arms at the border. Already, there are several competing proposals being drafted in the Senate, but the House is already planning to vote as early as this week on wider-ranging immigration bills.

A White House aide told CNN that officials were not necessarily thrilled about standalone bills that narrowly address the issue, proposed by Texas Republican Sen. Ted Cruz and, separately, from conservative House Freedom Caucus Chairman Mark Meadows because they reduce the chances that the broader immigration deal they've been negotiating will pass.

"It gives members, especially conservative ones, an alternative option to voting for the comprehensive package," the aide said.

Democrats are likely to still object to the language, however, if it includes overturning the court settlement -- which they say mandates protections of children that are necessary and keep them from being held in essentially jail-like conditions. The Republican-labeled fix, they say, is rather a mandate to keep families detained indefinitely and does not address their substantive issues with the humanity of the policy.