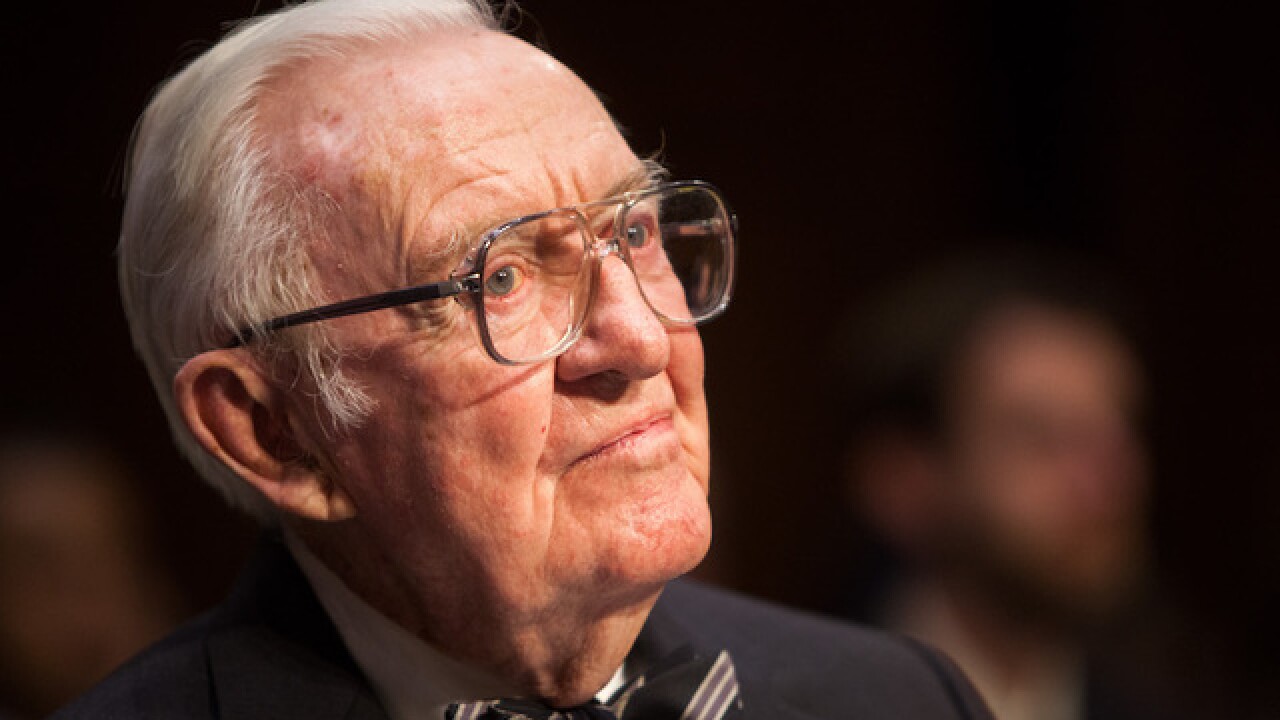 Retired Supreme Court Justice John Paul Stevens believes the students and demonstrators who protested this past weekend for gun control should seek a repeal of the Second Amendment.

"A concern that a national standing army might pose a threat to the security of the separate states led to the adoption of that amendment," Stevens wrote an op-ed published in The New York Times Tuesday, adding, "today that concern is a relic of the 18th century."

A lifelong Republican but considered liberal in his judicial rulings, Stevens pointed to his dissent in the 2008 landmark District of Columbia v. Heller case that the Second Amendment protects an individual's right to possess a firearm for self-defense within his home.

"That decision — which I remain convinced was wrong and certainly was debatable — has provided the (National Rifle Association) with a propaganda weapon of immense power," wrote Stevens, who served from 1975 until he retired in 2010.

He added, "Overturning that decision via a constitutional amendment to get rid of the Second Amendment would be simple and would do more to weaken the NRA's ability to stymie legislative debate and block constructive gun control legislation than any other available option."

CNN has reached out to the NRA for comment.

Stevens had previously argued the Second Amendment should be amended, two years after the Sandy Hook school shooting in Newtown, Connecticut.

"Rarely in my lifetime have I seen the type of civic engagement schoolchildren and their supporters demonstrated in Washington and other major cities throughout the country this past Saturday," Stevens wrote Tuesday of the weekend's "March for Our Lives" rallies.

"These demonstrations demand our respect. They reveal the broad public support for legislation to minimize the risk of mass killings of schoolchildren and others in our society," he continued.