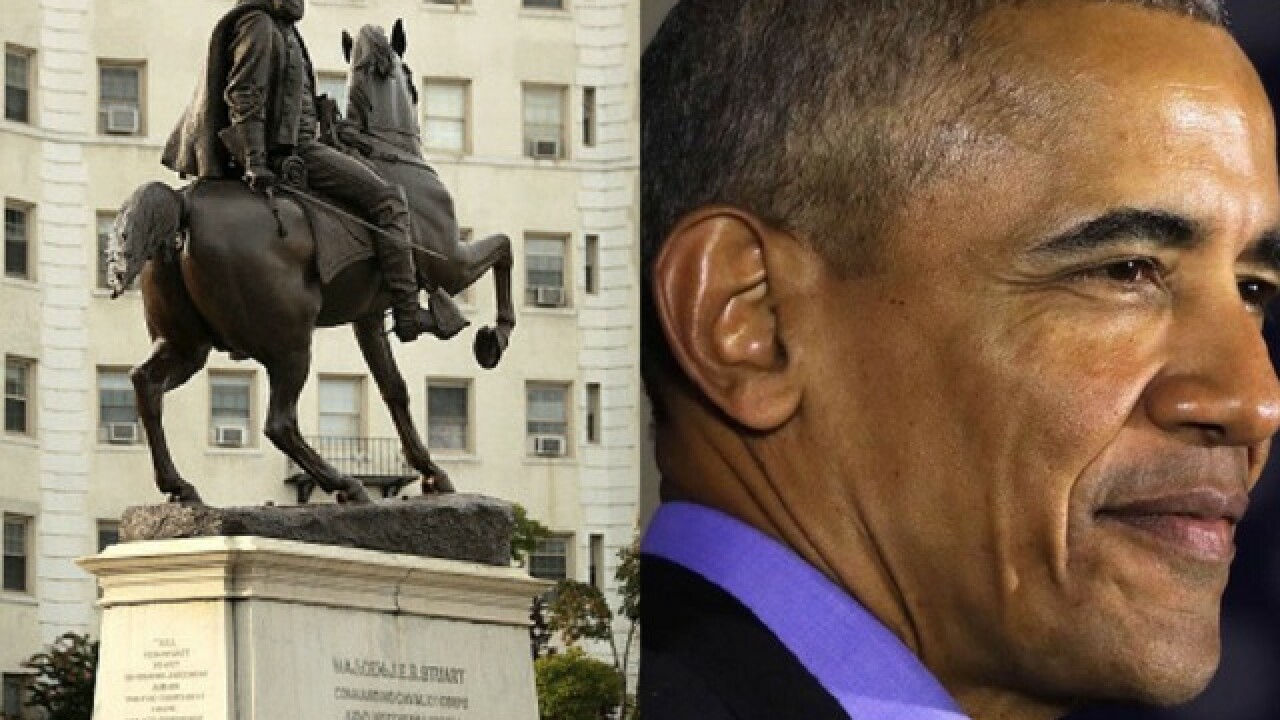 A Richmond, Virginia, elementary school will switch its name from that of a Confederate general to that of the nation's first black President.

Members of the school's community submitted ideas for a new name and students at the Richmond school, which is 95% African-American according to WTVR, voted among seven choices. The top three finalists were: Barack Obama, Northside and Wishtree, the station reported.

Last year, a school board in Mississippi dropped the name Jefferson Davis, for the president of the Confederacy, in favor of naming an elementary school after America's 44th president.

Also on Monday, the Tulsa, Oklahoma, school board voted to rename Columbus and Chouteau elementary schools, but delayed the vote on what to call another elementary school that is named for Confederate general Robert E. Lee, reported CNN affiliate KRJH.

Chouteau Elementary, named for trader and purported slave owner Jean-Pierre Chouteau, according to CNN affiliate KTUL, will become Wayman Tisdale Fine Arts Academy, named for a local basketball star who became an NBA player and later a successful jazz musician before his death in 2009.

The Tulsa school board approved a change for Robert E. Lee Elementary, but will decide on a new name at its next meeting in August, CNN affiliate KJRH reported.

A debate surrounding what to do with Confederate names, statues and symbols has been underway in recent years since Dylann Roof killed nine African-Americans in a Charleston, South Carolina, church in 2015. And it flared up again after white nationalists marched during the summer to protest the removal of a Robert E. Lee statue in Charlottesville, Virginia, where a counterprotester was killed.

The Southern Poverty Law Center estimates that 100 public schools in the US are named for Confederate leaders, with most of them clustered in the South.