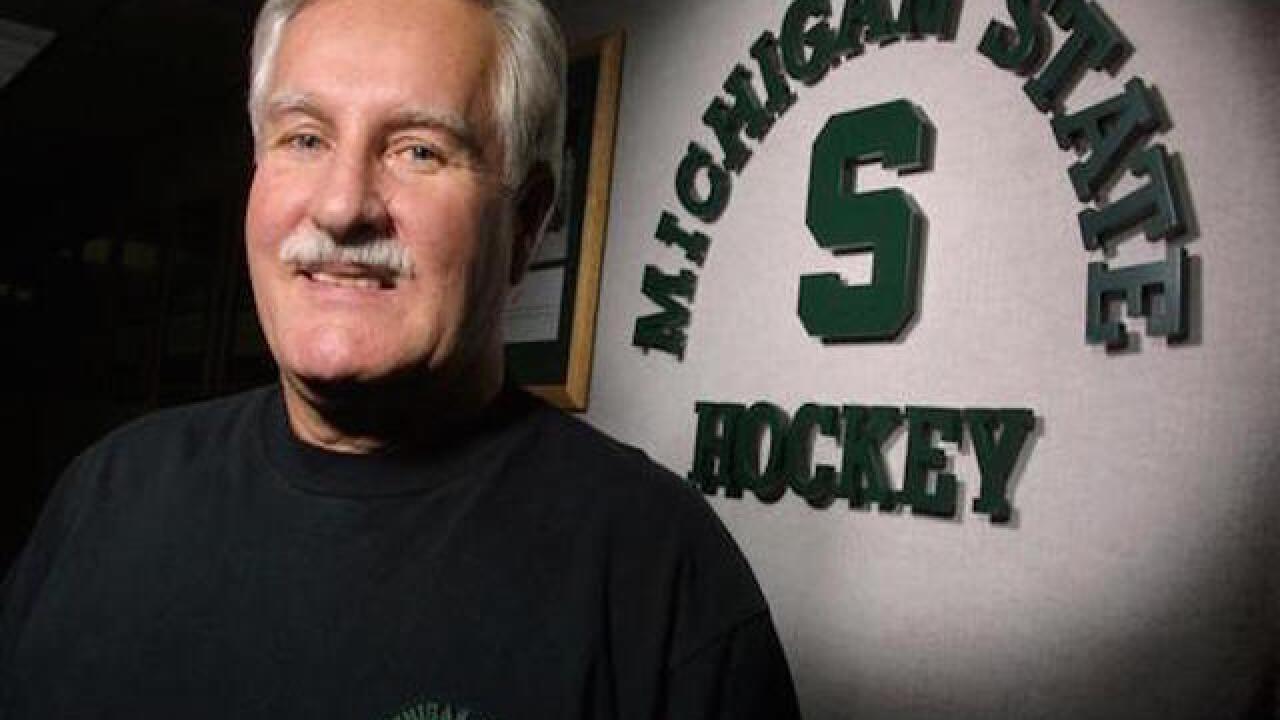 Ron Mason, who led Michigan State to a national title in hockey and won 924 games in a 36-season career behind the bench, has died. He was 76.

"It was sudden," Newton said in a telephone interview. "He was great man that had a great impact on a lot of lives."

Mason coached a slew of talented players who went on to the NHL, including Hobey Baker winners Kip Miller and Ryan Miller. The tight-knit group, which skates together on campus each summer, began informing each other of Mason's death on Monday morning.

"No one saw it coming," said Bryan Smolinski, one of Mason's star players. "Any time you lose someone who had a hand in molding your life, it's sad, horrible and devastating."

Mason was Michigan State's coach from 1979 to 2002, leading the Spartans to the 1986 NCAA national championship, and was the school's athletic director from 2002 to 2007. He hired Rick Comley to be his successor as coach, and Comley led the Spartans to another national title in 2007.

"Coach Mason defined what it means to be a Spartan," Michigan State President Lou Anna K. Simon said in a statement. "His relentless quest for excellence on and off the rink made everyone around him better."

Mason also coached at Bowling Green and Lake Superior State, leading the Lakers to the NAIA title in 1972. His 36 years behind the bench included 23 NCAA Tournament appearances.

He retired as the winningest coach in college hockey and held the record for about a decade until Boston College's Jerry York surpassed the mark. Mason's .696 winning percentage ranks third among coaches with at least 10 years of experience.

"He allowed you to make mistakes, on and off the ice, to help you become a man," Smolinski said. "I was a 17-year-old kid when I went to play for him and I owe everything in my life to him for the lessons he taught me as a person and a player."

Smolinski was drafted by Boston in 1990 as a first-round pick and went on to have 651 points in the league. He said Mason's ability to carry himself with dignity was among the many things he admired.

"He always said, 'You never know who is going to be around,'" Smolinski recalled. "He always looked the part of a first-class citizen, acted the part and spoke very well."

Mason also had a sense of humor, a trait he displayed on a recent birthday.

"I sent him a text, saying: 'Happy birthday. I've got your number, so I'm going to start bugging you,'" Smolinski recalled. "And he wrote back: 'Smoke. I can handle you.'"

Mason, who was born Jan. 14, 1940, in Seaforth, Ontario, received his bachelor's degree in 1964 from St. Lawrence, where he lettered in hockey for three years. In 1965, he received his master's from Pittsburgh. He was presented with an honorary doctorate from Michigan State in spring 2001.