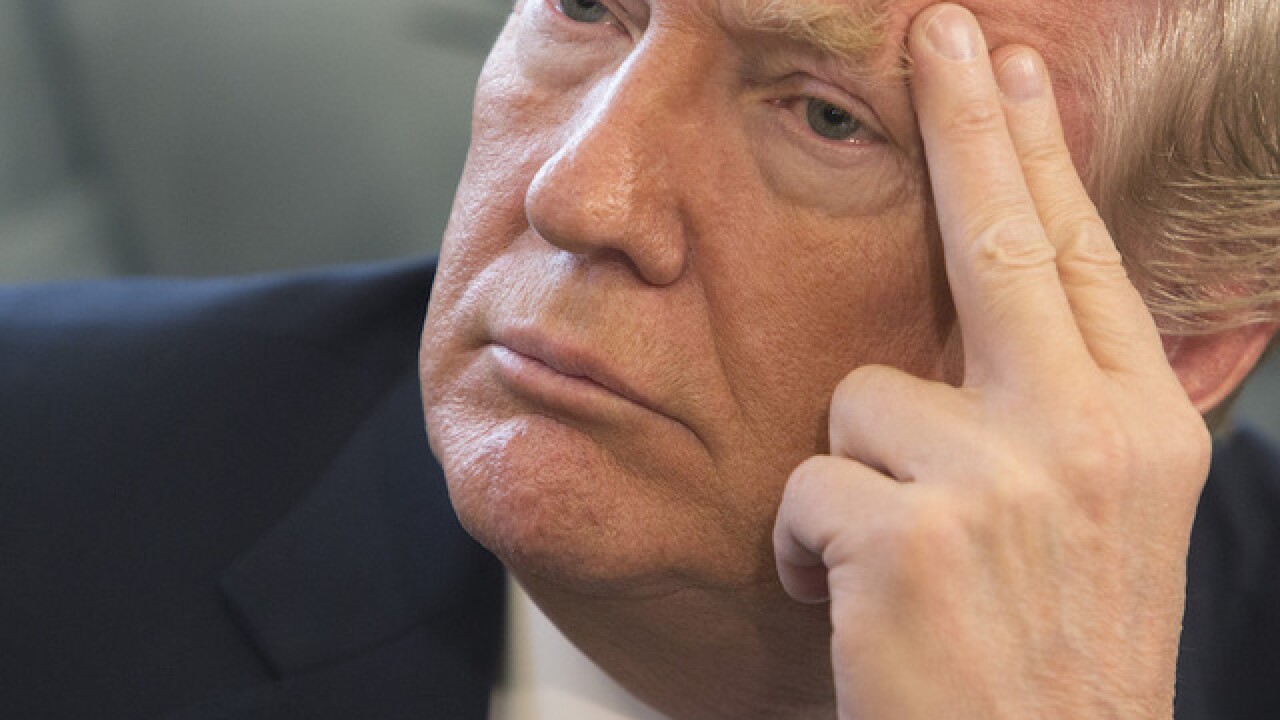 Russia's Deputy Prime Minister ridiculed US President Donald Trump's Twitter diplomacy on Friday, saying that international relations should not depend any individual's frame of mind in the morning.

"We cannot depend on the mood of someone on the other side of the ocean when he wakes up," Arkady Dvorkovich said, according to the state-run news agency RIA Novosti. While he did not specifically name Trump, the US President has threatened military action against Syria in early morning tweets this week.

As the US considers its response to a suspected chemical attack in Syria at the weekend, Trump's threats against Syria and Russia have been made almost entirely on Twitter.

Russia, the Syrian regime's most powerful ally, has denied a chemical attack took place and warned it would shoot down any US missiles fired over Syria, raising concerns of a US-Russia confrontation.

"Any partnership requires trust, it is impossible to move forward without it," Dvorkovich said. "And we cannot depend on the mood of someone on the other side of the ocean when he wakes up, on what a specific person takes into his head in the morning. We cannot take such risks ourselves."

On Friday, Russian Foreign Minister Sergey Lavrov claimed the reports of a chemical attack had been fabricated. He claimed to have evidence that the secret services of an unnamed state had a hand in staging the attack as part of a wider campaign against Russia, RIA Novosti reported.

Germany joined the chorus of European countries saying that it believed the attack involved chemical weapons and called for action.

"Germany agrees with its allies that the use of chemical weapons must have consequences. We must assume that not all chemical weapons in Syria were destroyed," Foreign Ministry spokeswoman Maria Adebahr said.

But Washington's allies in France and the UK, who are coordinating with the US on possible action, are still awaiting a coherent plan from the Trump administration.

Trump missed a self-imposed 48-hour deadline Wednesday to make a decision, but on Thursday he softened his rhetoric, denying having ever set a time frame.

"Never said when an attack on Syria would take place. Could be very soon or not so soon at all!" he wrote on Twitter.

Defense Secretary James Mattis said Thursday the US wanted more evidence that the Assad regime was responsible for the attack before launching military intervention.

Mattis told lawmakers he believed there had been a chemical attack and that it was "simply inexcusable, beyond the pale," but he called attention to the risks of further US involvement in Syria and made clear no response plan had been made.

"We are trying to stop the murder of innocent people but on a strategic level its how do we keep this from escalating out of control, if you get my drift on that," he said.

British Prime Minister Theresa May and her senior ministers agreed on the need for action at a Cabinet meeting on Thursday, while French President Emmanuel Macron said that if France conducted strikes, they would specifically target Syria's chemical capabilities.

He also said in an interview with TF1 that he had proof chemical weapons were used in the attack, without providing details. He pointed to the Assad regime as the likely perpetrator.

Macron did not say what proof he had seen, but medical sources and activists in Syria said blood, urine and hair follicle samples had been smuggled in batches from to Turkey during evacuations of rebel groups and their families from Douma.

The sources did not know what happened to the samples after they reached Turkey.