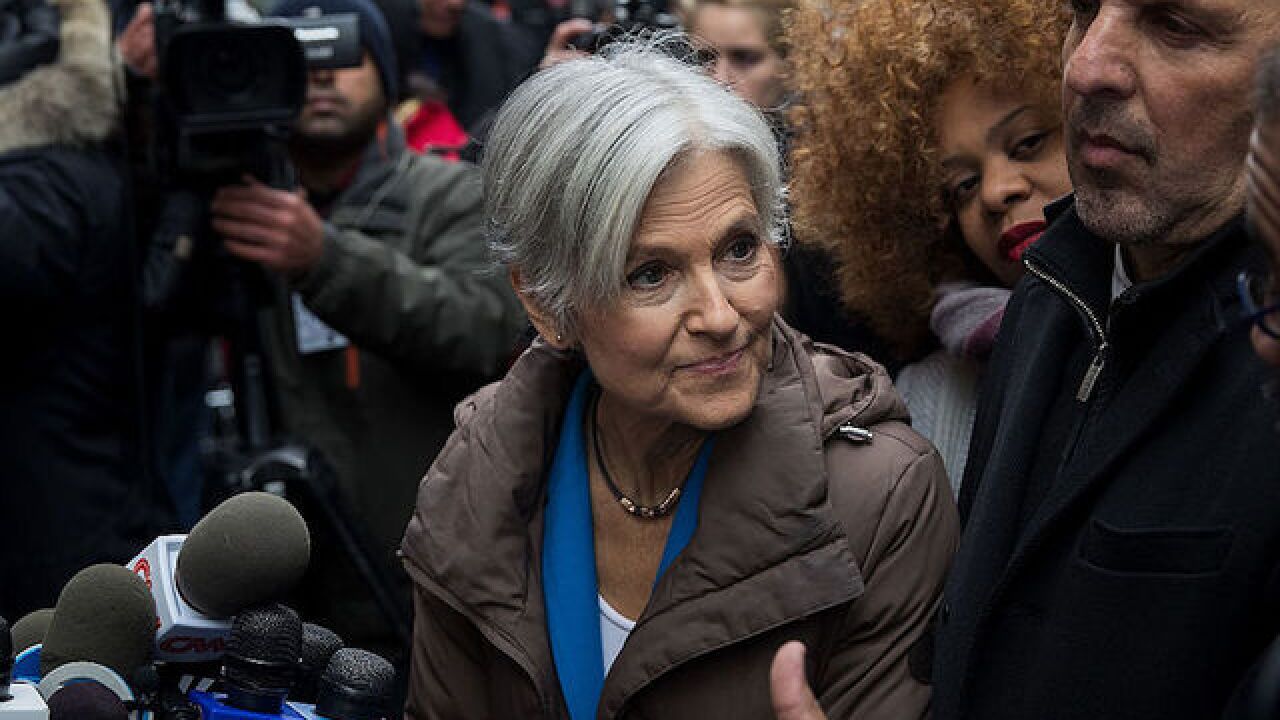 CNN has reached out to Stein for comment on the report.

The mentions of Stein online came alongside related and disparate messages noted throughout the report, which said the Internet Research Agency's themes ranged from support for Vermont independent Sen. Bernie Sanders and the Black Lives Matter movement to the Tea Party and gun rights.

A summation of the report's findings on "comprehensive anti-Hillary Clinton operations" said while the group's assumed Twitter personas had some pro-Clinton content, "the developed Left-wing Twitter personas were still largely anti-Clinton and expressed pro-Bernie Sanders and pro-Jill Stein sentiments."

Likewise, the report said "pro-Bernie Sanders and Jill Stein content" were among the group's go-to themes across other platforms.

The report's assertion about support for Stein echoed similar accounts in the past about Russian influence online. An indictment of Russian nationals earlier this year from special counsel Robert Mueller said the online effort included encouraging "minority groups not to vote in the 2016 US presidential election or to vote for a third-party US presidential candidate."

Throughout her presidential bid, Stein called for a conciliatory approach with Russia, and she has compared Russian interference in the 2016 election with US efforts around the globe.

Earlier this year, Stein told CNN she objected to turning over some documents to the Senate Intelligence Committee. She said at the time the requests were overly broad and unjustified.

"Legitimate concerns about interference in our election should not be twisted into a campaign of censorship, war-mongering and political intimidation against opposition to the bipartisan establishment," Stein said.

In the days after the shooting of Philando Castile in July 2016, the Russian group used a fake Black Lives Matter page called "Don't Shoot Us" in an attempt to organize a protest against the police.

Brandon Long, the state party chairman of the Green Party of Minnesota, remembers hearing about the planned "Don't Shoot Us 'event. He told CNN, "We frequently support Black Lives Matter protests and demonstrations and we know pretty much all the organizers in town and that page wasn't recognized by anyone." CNN later reported "Don't Shoot Us" was run from Russia.