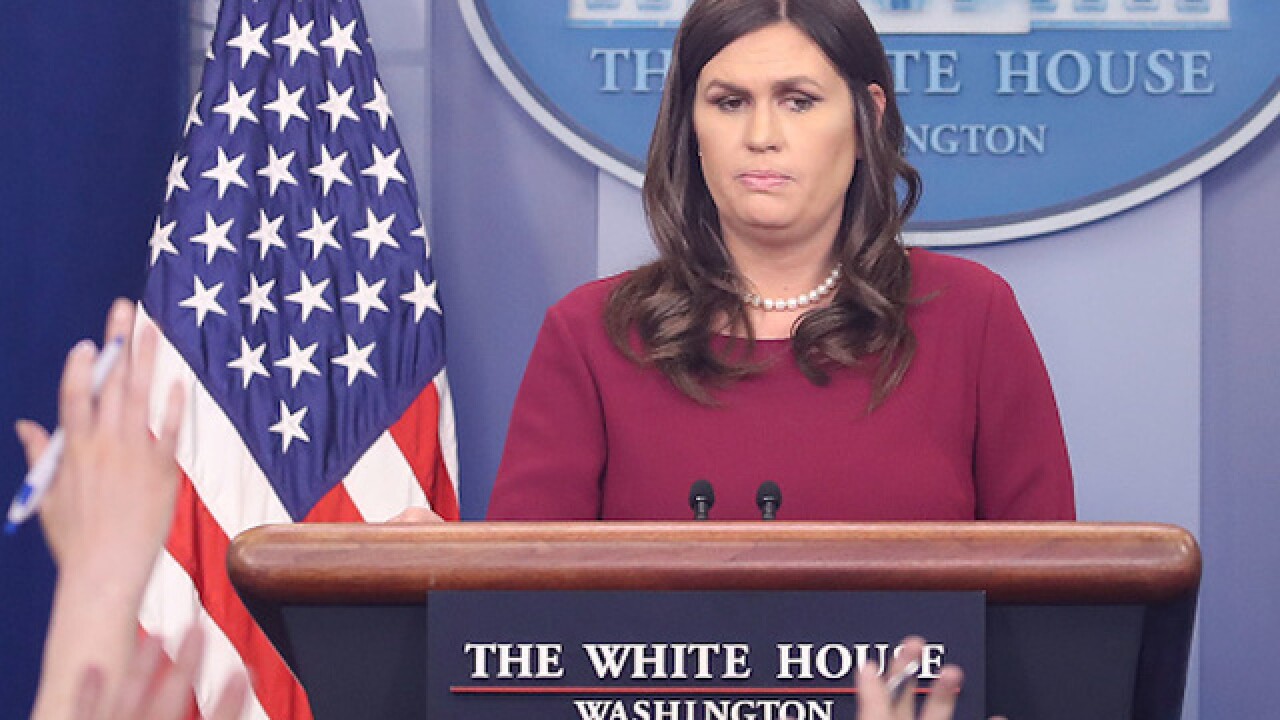 White House press secretary Sarah Sanders repeatedly refused Monday to account for the discrepancy between contradictory statements she and President Donald Trump's lawyers made about the President's role in dictating the 2016 Trump Tower meeting response.

"You're referencing a letter that came directly from outside counsel and I would refer you to them," Sanders said Monday during the White House briefing. "I'm not going to get into a back and forth."

Trump's personal attorneys said in a January letter to special counsel Robert Mueller obtained by The New York Times last week that Trump "dictated a short but accurate response to The New York Times article on behalf of his son, Donald Trump, Jr."

Sanders, meanwhile, said last August that Trump "certainly didn't dictate" the initial misleading statement Trump Jr. released about his meeting with a Russian lawyer at Trump Tower during the 2016 campaign.

"He weighed in, offered suggestion like any father would do," Sanders said in August.

Sanders was pressed by three different reporters Monday about the contradictory statements and each time she referred questions to the President's personal attorneys.

Asked how the public can trust her comments from the podium, Sanders demurred.

"Once again, I can't comment on a letter from the President's outside counsel," she said.