Senate to vote on gun control, prospects dim for change 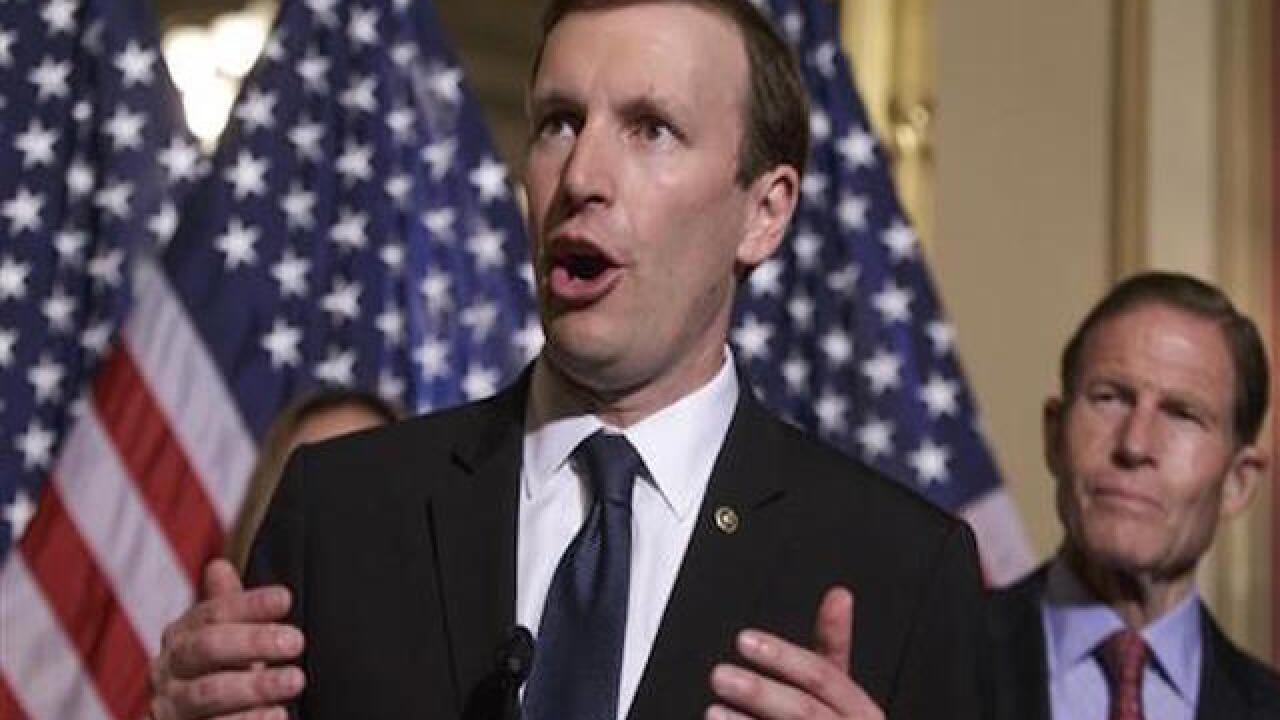 WASHINGTON (AP) — Democrats get their long-sought votes on gun control a week after the massacre in Orlando, Florida, but election-year politics and the powerful National Rifle Association dim any prospects for changes in the nation's laws.

The Senate will vote Monday night on four measures — two sponsored by Republicans, two by Democrats. All are expected to fail in a bitterly divided Congress.

Gun control remains at a stalemate as few lawmakers are willing to challenge the NRA and no mass shooting the past five years — from Tucson, Arizona; to Aurora, Colorado; to Newtown, Connecticut; to Charleston, South Carolina; to San Bernardino, California — has led to new laws. Polls show large numbers of Americans agree with the need for at least some limited gun measures such as background checks. But Democrats have been unable to translate that into legislation because the NRA is able to mobilize and energize voters who will threaten to vote lawmakers out on the gun issue alone.

The four votes on Monday night are the result of a deal after Sen. Chris Murphy, D-Conn., filibustered for almost 15 hours seeking action in response to the Orlando nightclub shooting that killed 49 people and injured 53. Democrats are expected to block two Republican amendments, arguing that they fall short in controlling the sales of guns. Republicans are expected to block two Democratic amendments, contending that they threaten the constitutional rights of gun owners.

The Senate will vote on a measure by Murphy to expand gun background checks and one by Sen. Dianne Feinstein, D-Calif., to keep people on a government terrorism watch list or other suspected terrorists from buying guns. The Justice Department has endorsed Feinstein's legislation.

As a counter, Republican Sen. John Cornyn of Texas is pushing a measure that would allow the government to delay a gun sale to a suspected terrorist for 72 hours, but require prosecutors to go to court to show probable cause to block the sale permanently. The NRA backs the legislation, but gun control advocates and Democrats say that bar is too high.

Judiciary Committee Chairman Charles Grassley's measure would boost funds for the National Instant Criminal Background Check System and ensure that the correct records are uploaded into the system in a timely manner. It would also clarify language surrounding mental health issues that would disqualify someone from buying a gun. Democrats say that language in the bill would actually roll back some current protections.

The Orlando shooter, Omar Mateen, was added to a government watch list of individuals known or suspected of being involved in terrorist activities in 2013, when he was investigated for inflammatory statements to co-workers. But he was pulled from that database when that investigation was closed 10 months later.

The Feinstein, Cornyn and Grassley amendments would try to ensure that individuals like Mateen who had been a subject of a terrorism investigation within the last five years are flagged in some way if they try to purchase a gun.

In a separate effort, moderate Republican Sen. Susan Collins of Maine is working with other Republicans, as well as talking to Democrats, on a bill that would prevent people on the no-fly list — a smaller universe than targeted by Democrats — from getting guns. But her bill had not been blessed by GOP leaders and it was unclear if it would get a vote.

Last week, presumptive GOP presidential nominee Donald Trump tweeted that he would meet with the NRA about "not allowing people on the terrorist watch list, or the no fly list, to buy guns." Exactly what he would support was unclear.

This past week, the NRA made robo-calls in Pennsylvania urging people to contact their senators and "express their strong opposition to any new gun control laws." The call said anti-gun groups and Senate Democrats are "actively working to blame you for the recent terrorist attack in Orlando."

In the GOP-controlled House, Republicans had no plans to act on guns, and Democrats were unable to force any action, given House rules less favorable to the minority party than in the Senate.

Meanwhile, the Supreme Court is also declining to act on the guns issue. The justices rejected challenges to assault weapons bans in Connecticut and New York on Monday, leaving in place a lower court ruling that upheld laws that were passed in response to another mass shooting involving a semi-automatic weapon, the elementary school attack in Newtown, Connecticut.