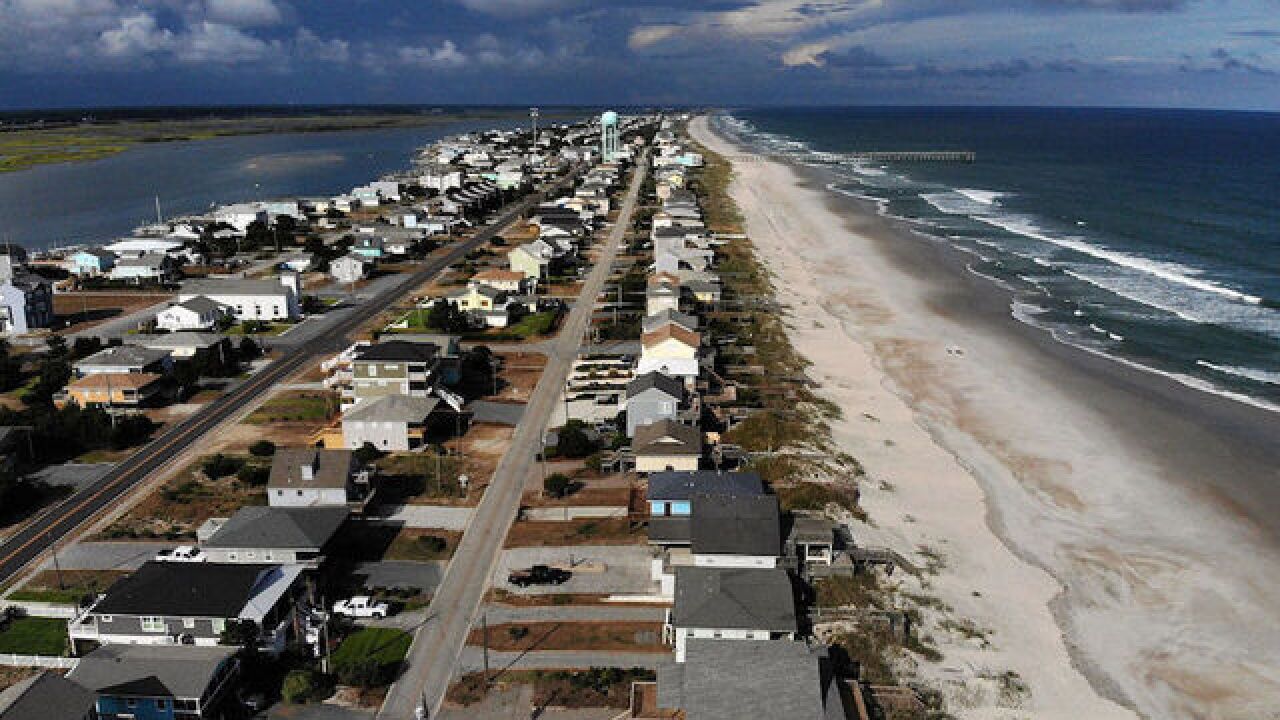 Image copyright 2018 Getty Images. All rights reserved. This material may not be published, broadcast, rewritten, or redistributed.
Mark Wilson
<p>A mandatory evacuation is in effect in preparation of the approaching Hurricane Florence, on September 11, 2018 in Topsail Beach, North Carolina. Hurricane Florence is expected on Friday possibly as a category 4 storm along the Virginia, North Carolina and South Carolina coastline.</p>

The National Weather Service says almost half of all deaths from tropical cyclones come from storm surge.

While many people focus on the wind speed of storms, the danger often comes from the water flowing in from the ocean.

Privately, you may be wondering (and you wouldn't be alone): "What exactly is storm surge?"

"A storm surge is a rise in water level caused by a strong storm's wind pushing water on-shore," said CNN meteorologist Brandon Miller. "The wind literally piles up the ocean water and pushes it on the land."

Forecasters are worried about the surge from Hurricane Florence, which is expected to be a major storm when it pounds the Carolinas on Thursday and Friday.

The storm surge warning issued by the National Hurricane Center extends from the South Santee River in South Carolina to Duck, on North Carolina's barrier islands known as the Outer Banks.

Much of this part of the Eastern Seaboard is not very high at all and forecasters expect storm surge between the mouth of the Cape Fear River and Cape Lookout to be as high as 13 feet.

Storm surge also can exacerbate flooding. As the water piles up along the coast, rivers and streams that typically drain into the ocean can become clogged farther upstream, forcing water levels to rise.

That water doesn't just leave. Depending on how much water was pushed ashore and the area's watershed, it may hang around, causing further damage to communities.

Due to climate change, storm surge has become an even greater threat in recent years.

"Sea levels have risen in most places by about 1 foot over the past century. The higher baseline ocean level allows storm surges to reach even higher, increasing their destructive capabilities," Miller said.

The National Weather Service in a 2014 report said that most surge deaths occurred in Hurricane Katrina and several other big, powerful storms. In a majority of storms, excessive rainfall that leads to drownings is the leading cause of death. Florence is expected to also be a rainmaker, with totals of 35 inches possible in some areas.