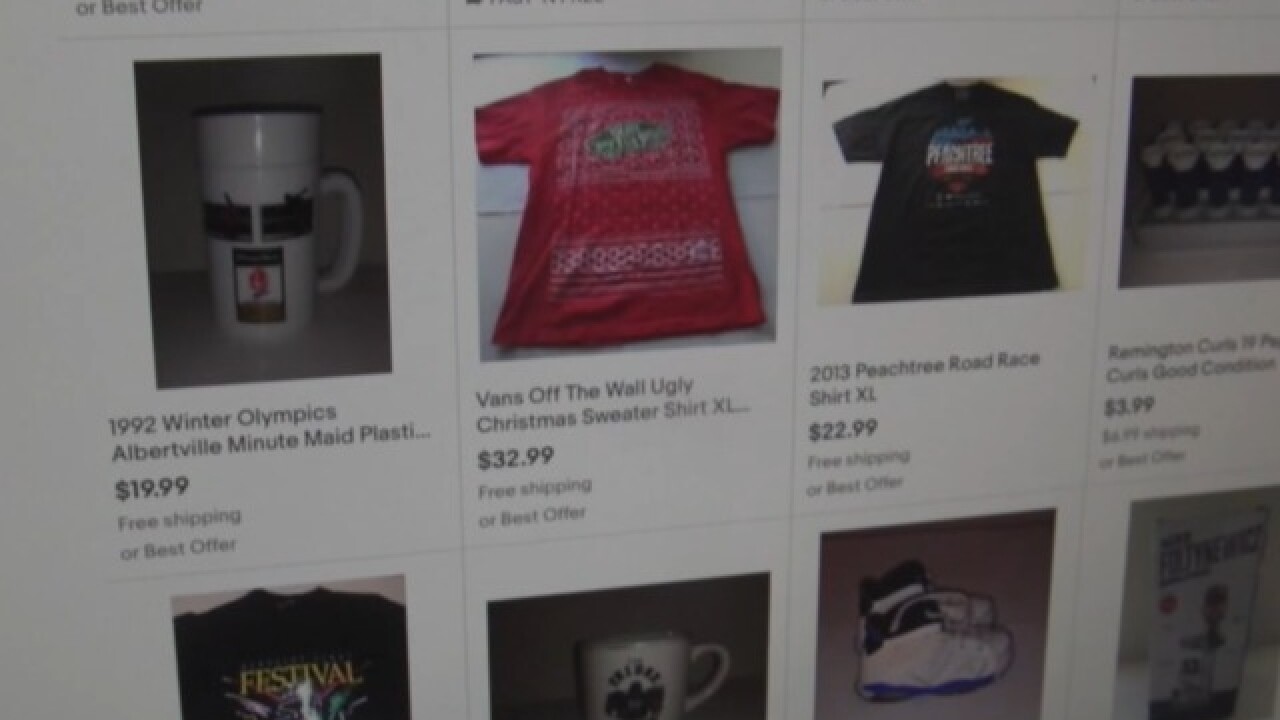 More people are making money at home than ever before. According to data from Pinterest, stay-at-home side hustles have surged.

Three years ago, Atlanta resident Jason Butler, a full-time financial aid advisor at a university, decided he needed to generate more income, so he opened his own eBay store.

“I got serious about it in 2016, and since that time, I've gone from selling things from like $100 a month to currently making over $500 dollars a month, selling things online,” Butler says.

Butler sells a variety of items on his page, including tennis shoes, basketball jerseys, bobble heads, coffee mugs, etc. He says he gets some of those items from yard sales or thrift stores.

After reading blogs about how to sell things on eBay, Butler decided to give it a shot.

“I had to figure out what I knew, and I knew a lot about sports, so one of my first big flips was selling a Dwayne Wade Miami Heat jersey,” Butler says. “I found the jersey in the thrift store for $3 and it sold literally two days later for $45. Since then, I was hooked.”

Butler's budding side business has grown! Now, he's on track to make even more money.

According data collected by Pinterest, more people than ever before are adding to their income by having an at-home side gig.

The most popular at home jobs:

For Butler, this side hustle is working for him. He says it could work for anyone.

“One thing that I’ve learned is that, you'll never know what will happen unless you try,” Butler says. “Some people are nervous to sell items. I can literally sell almost anything.”