Survey: 41 percent of Americans don't know what Auschwitz is 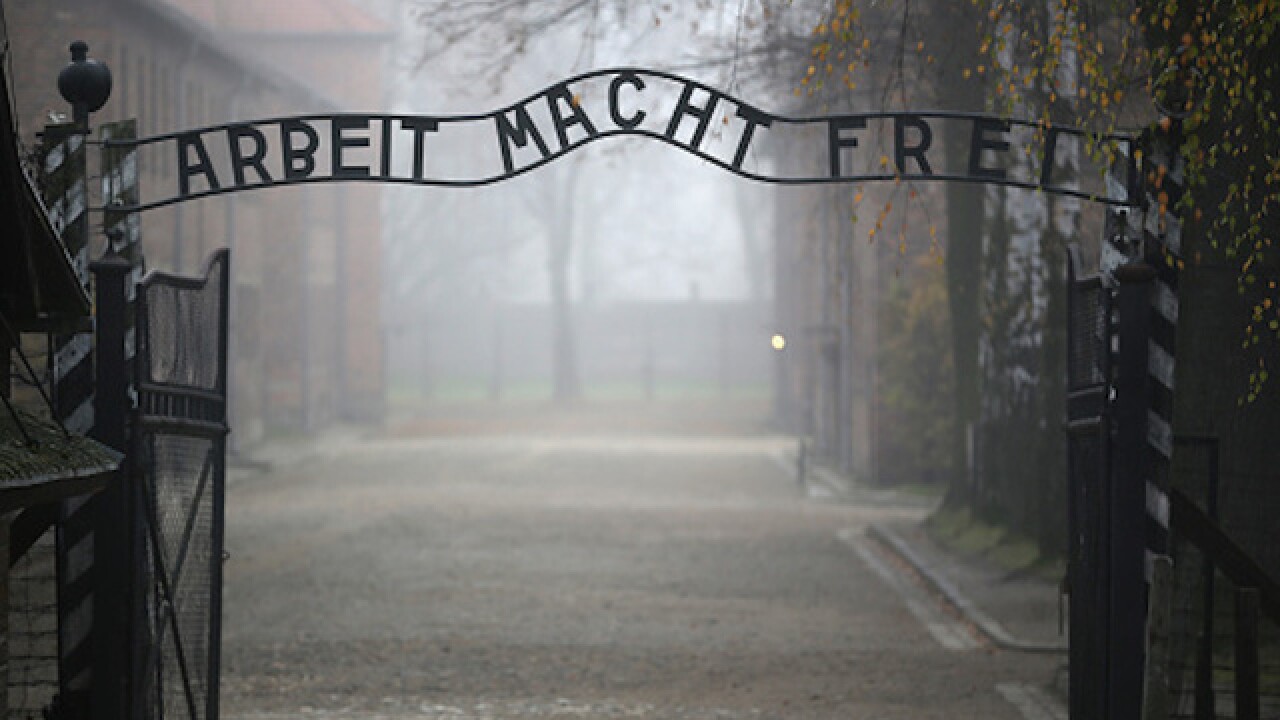 Image copyright 2018 Getty Images. All rights reserved. This material may not be published, broadcast, rewritten, or redistributed.
Christopher Furlong
<p>OSWIECIM, POLAND - NOVEMBER 15: The infamous German inscription that reads 'Work Makes Free' at the main gate of the Auschwitz I extermination camp on November 15, 2014 in Oswiecim, Poland. (Photo by Christopher Furlong/Getty Images)</p>

Many Americans lack basic knowledge about the Holocaust — a stat many say could hold grave consequences, according to a survey results released on Thursday.

The survey found that nearly half of all Americans — 41 percent — couldn't identify Auschwitz, a concentration camp where an estimated 1.1 million Jews and minorities were killed at the hands of Nazis during World War II. Among millennials, that number rose to 66 percent.

The survey also found that a significant portion of Americans don't understand the scale of the Holocaust. According ro results, 31 percent of adults — and 41 percent of millennials — believe that two million or less Jewish people were killed during the Holocaust. It's commonly estimated that as many as six million Jews died in the Holocaust.

According to a survey commissioned by the Conference on Jewish Material Claims Against Germany and conducted by Shoen Consulting. The results were released Thursday on Holocaust Remembrance Day.

"There remain troubling gaps in Holocaust awareness while survivors are still with us; imagine when there are no longer survivors here to tell their stories," said Greg Schneider, Executive Vice President of the Claims Conference according to the conference's website. "We must be committed to ensuring the horrors of the Holocaust and the memory of those who suffered so greatly are remembered, told and taught by future generations.”