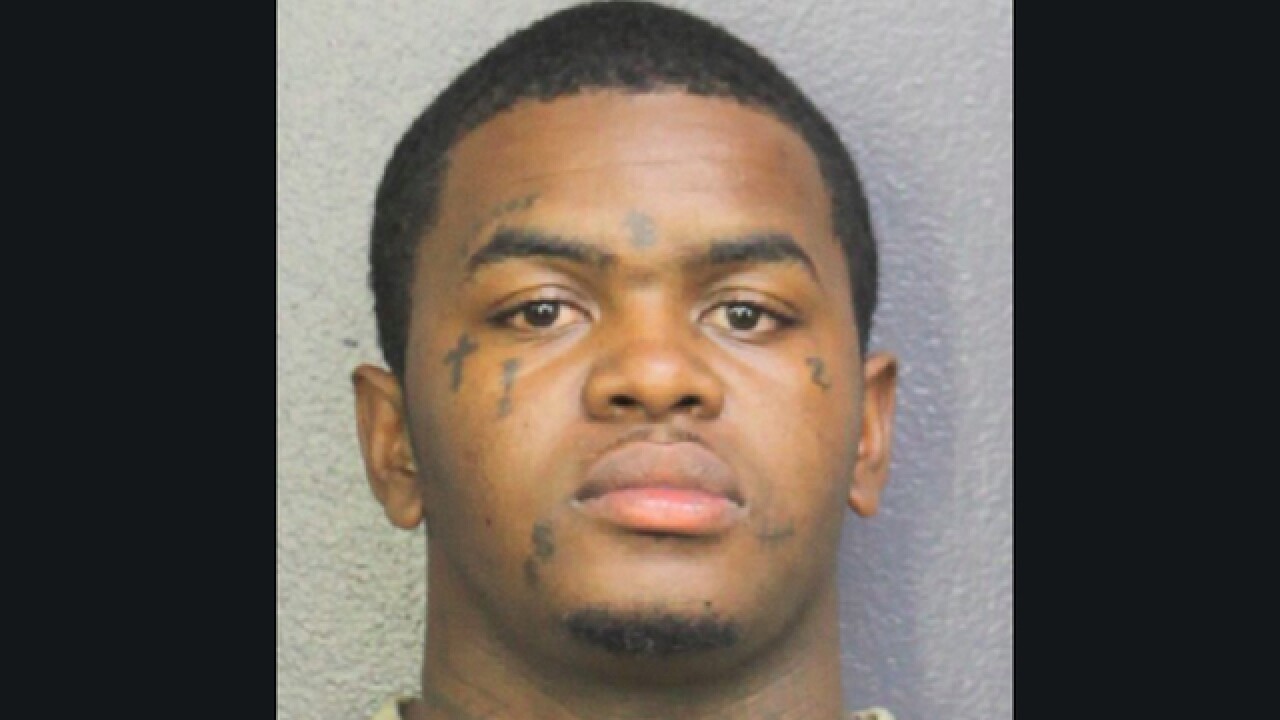 A 22-year-old man has been arrested and charged with murder in the fatal Broward County, Florida, shooting of rapper XXXTentacion, police said Thursday.

Authorities arrested Dedrick Williams of Pompano Beach on Wednesday evening and charged him with first-degree murder.

His inmate record describes the charge as "murder dangerous depraved (without) premeditation." In many states, first-degree murder is premeditated, but Florida's law allows suspects to be charged with the crime if they commit a murder while perpetrating another felony, or if the murder is the result of dealing drugs.

Details of Williams' specific charge weren't immediately clear, but he was also charged with grand theft motor vehicle and operating a vehicle without a valid driver's license. The Broward Sheriff's Office did not immediately respond to an email seeking clarification on the charges.

At the time of his arrest, Williams was on probation until 2021 for grand theft motor vehicle, according to the Florida Department of Corrections.

Killed on the rise

The 20-year-old rapper was leaving a motorsports store about 4 p.m. when two men in a dark SUV shot him, said Keyla Concepción, Broward Sheriff's Office spokeswoman. Police were looking for two men in connection with the shooting, she initially said.

XXXTentacion was a Plantation, Florida, native, who rocketed to fame after his song, "Look at Me," went viral on social media and SoundCloud in 2016.

He went on to be featured in XXL magazine's 2017 Freshman Class alongside other up-and-coming artists. His latest album "?" premiered at No. 1 when it was released in March, according to Billboard.

"Rest in peace I never told you how much you inspired me when you were here thank you for existing," Kanye West tweeted.

Big Sean added, "I didn't know him personally but I respect how passionate he was about his music and message. Nobody deserves this kind of ending. gone too soon, damn! RIP."