Team invites fans to bring cats to the game 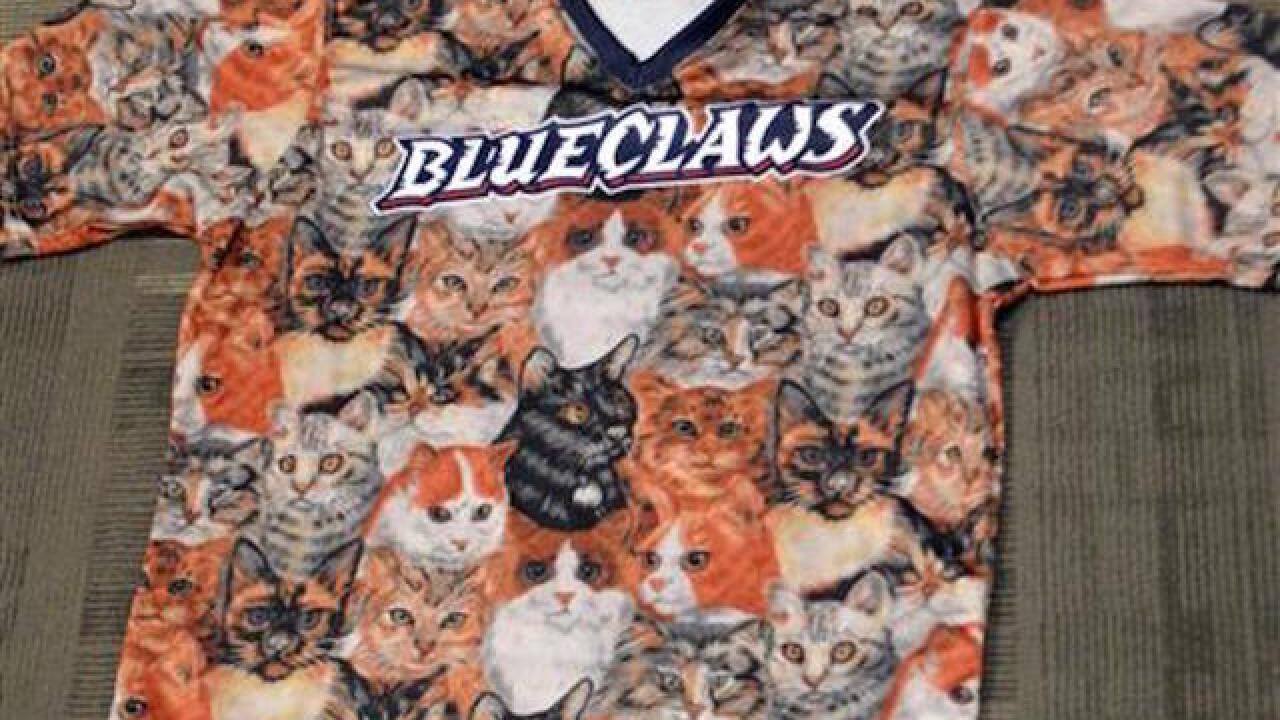 LAKEWOOD, N.J. (AP) — A minor league baseball team in New Jersey affiliated with the Philadelphia Phillies is so confident that furballs and fly balls go together that they are inviting fans to bring their cats to this weekend's game.

Saturday is CATurday when the BlueClaws play the West Virginia Power in Lakewood.

The players will wear special jerseys that feature dozens of orange, black and gray cat faces. The jerseys will be auctioned for the team's charity, which supports over 35 local nonprofit organizations, group sales director Kevin Fenstermacher said.

The special jerseys are popular with teams, said Jeff Lantz, senior director of communications with Minor League Baseball. He said the El Paso (Texas) Chihuahuas did a jersey with a dog face on the front, and the Eugene (Oregon) Emeralds did a "Portlandia" jersey for the hit comedy TV series filmed in Portland, Oregon.

"But this is the first cat jersey I can recall," Lantz said.

This isn't the first animal-themed game for the BlueClaws, whose logo is typically a blue crab.

Media relations director Greg Giombarrese said their "Bark in the Park" event for dogs was successful, so they wanted to give cats some love, too.

Fans can bring their cats, which are admitted with a $2 Paw Pass. But to prevent any catastrophes, fans must sign a waiver, and the felines must be in carriers or on leashes. The fans should also consider whether their pets can stand the noise and the crowd.

An animal rescue group will be on hand to accept donations and to offer cats and kittens for adoption.

Fans can have their cats displayed on the ballpark's giant video screen, and the BlueClaws will feature special songs such as "Take MEOW Out to the Ballgame." But some traditional baseball fans might not like singing, "Buy me some cat nip and Cracker Jack."