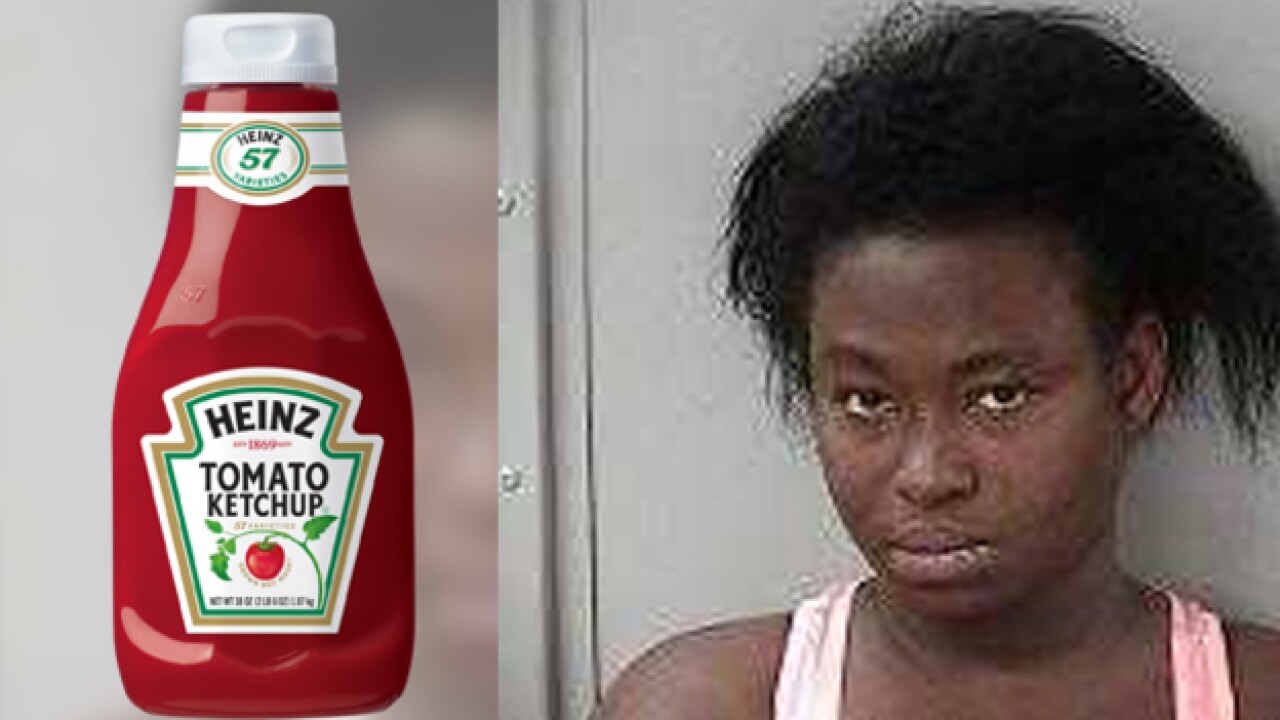 A Murfreesboro, Tennessee resident was able to stop an attack from his neighbor with a ketchup bottle.

According to a Murfreesboro Police report, Shalonda Shepard was banging on the door of her neighbor's Vine Street apartment around 3 a.m.

When the married couple opened the door, Shalonda allegedly threw a bowl of sugar over them, then started stabbing the woman with a steak knife.

The victim's husband frantically started grabbing for anything to defend his wife, and the first thing he picked up was a ketchup bottle.

Police said Shepard stopped attacking the woman when he squirted the condiment on her. She was arrested for aggravated assault and criminal trespass.