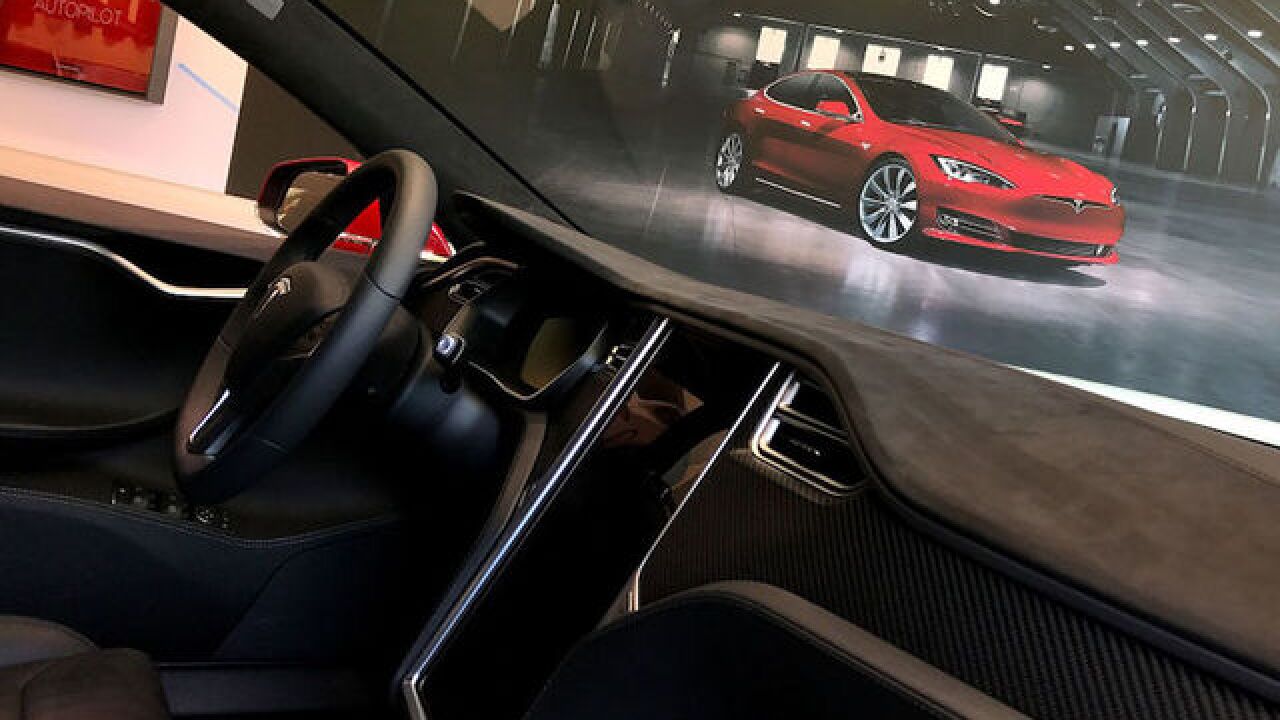 Copyright 2018 Scripps Media, Inc. All rights reserved. This material may not be published, broadcast, rewritten, or redistributed.
Justin Sullivan
<p>A view of the inside of a a brand new Tesla Model S at a Tesla showroom on August 2, 2017 in Corte Madera, California. Tesla will report second-quarter earnings today after the closing bell. </p>

She posted a video of the car stopped at the side of the road with flames and smoke coming from underneath it.

"This is what happened to my husband and his car today," she wrote. "No accident, out of the blue, in traffic on Santa Monica Blvd. Thank you to the kind couple who flagged him down and told him to pull over. And thank god my three little girls weren't in the car with him."

Tesla cars, which run on electricity stored in large battery packs in the floor of the vehicle, have been involved in a few recent incidents where the cars have caught fire after high-speed impacts. Gasoline-powered cars also sometimes catch fire even without a collision.

"This is an extraordinarily unusual occurrence," a Tesla spokeswoman said in an email, "and we are investigating the incident to find out what happened. Our initial investigation shows that the cabin of the vehicle was totally unaffected by the fire due to our battery architecture, which is designed to protect the cabin in the very rare event that a battery fire occurs."

Battery fires can be harder to put out, though, and require special treatment by fire fighters. Tesla and other electric vehicle manufacturers are training first responders on how to deal with crashes and fires involving electric cars.

McCormack tweeted that her husband was unaware of the fire under his car until passing motorists flagged him down. He was then able to pull over, stop the car and get out safely.

Mary McCormack appeared in the TV series West Wing. She also appears in a new ABC comedy series,The Kids are Alright, about an Irish family in the 1970s.