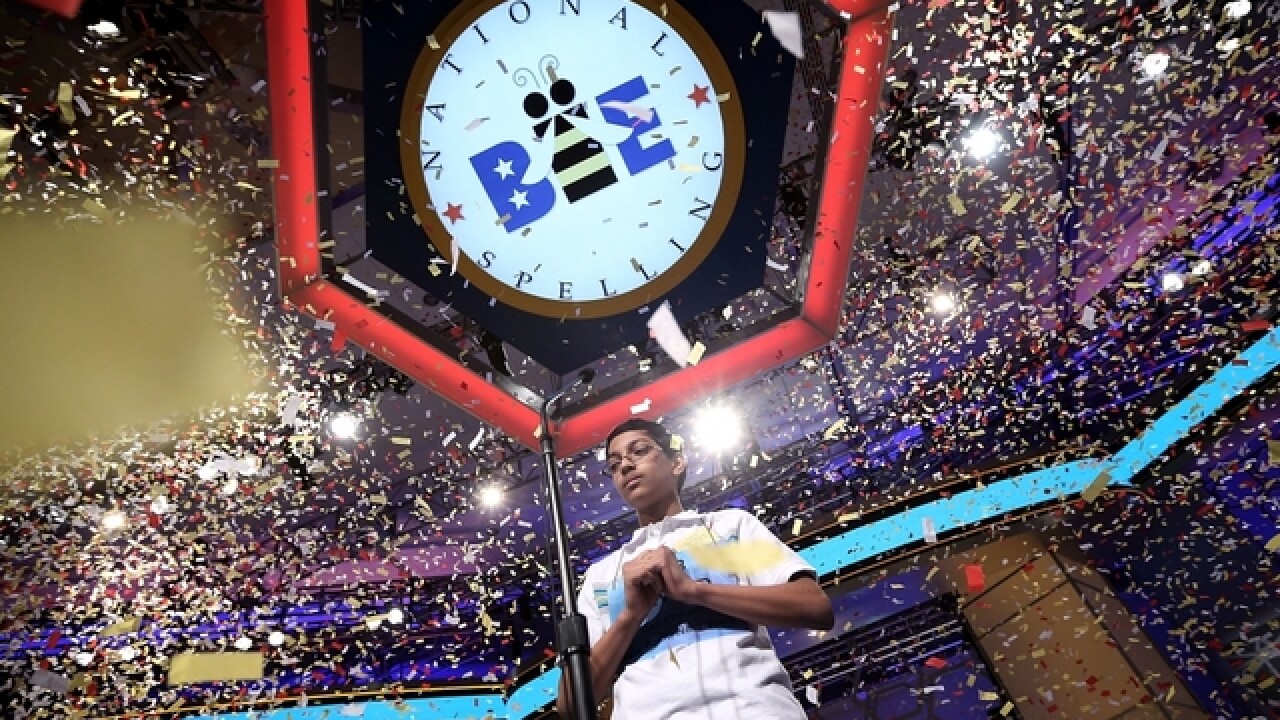 CINCINNATI – More challenging words, more prize money and fun new events await 285 spellers competing for the coveted title of champion of the 2016 Scripps National Spelling Bee. Spellers from across the U.S. and other parts of the world will descend on the Washington, D.C., area next week for an epic battle against the dictionary.

The Scripps National Spelling Bee, presented by Kindle, will take place May 24-26 at the Gaylord National Resort and Convention Center in National Harbor, Maryland.

The spellers who advance to the Scripps National Spelling Bee have beaten the odds to reach this level. They are among the top 0.000026 percent of more than 11 million students who initially participated in spelling bees held in classrooms, schools and locally sponsored events around the country.

“The Scripps National Spelling Bee has flourished in schools and on television,” said Paige Kimble, executive director of the Scripps National Spelling Bee. “We see on that stage bright, aspiring students who represent varied interests, experiences and cultures. When they reach that microphone, though, they all share the common challenge of spelling some of the most difficult words in the English language.”

The spellers range in age from 6 to 15. Seventy spellers previously competed in the National Finals. Twenty-nine spellers have relatives who previously participated, including two spellers whose brothers won the title in recent years.

New to the Bee:

There are many new experiences at the 2016 Scripps National Spelling Bee that all participants will enjoy for the first time.

·       The traditional picnic this year will take place at the National Zoo.

·       Monday night’s assembly will begin with an opening ceremony complete with music, lights, plenty of revelry and special guests.

·       Kindle Corner is a new interactive space provided by Kindle that will feature a free deluxe cereal bar to fuel spellers’ brimming brains, a lounge area to relax and read a favorite book, an alphabet soup foam pit reserved just for kids and a custom poster creation station where spellers can get their picture taken for their very own superstar poster to showcase at home.

·       The Spellebrity Video Contest Premiere will be a fun celebration of the Finalists in the Spellebrity Video Contest. Five teams won an expenses-paid trip to the Scripps National Spelling Bee. During this Tuesday evening extravaganza, the audience will watch the winning videos and hear from the teams. The spellers will vote for their favorite video to determine which team wins the grand prize of $1,000 and a trophy for each team member.

·       As the two-time winner of the Nielsen weekly Twitter TV ratings for the final week of May, the Scripps National Spelling Bee has a robust plan for sharing the competition and behind-the-scenes excitement that make Bee Week so memorable. In addition to Twitter competition posts and Facebook Live reports, fans of the Bee can engage on Instagram, YouTube and — new for 2016 — Snapchat (scrippsbee).

The Bee on ESPN:

For the 23rd consecutive year, ESPN and its family of channels will provide coverage of the Bee with hosts Kevin Negandhi, Paul Loeffler and Kaylee Hartung. Spellers will take to the stage for the first time on Wednesday, May 25.

The Finals will take place on Thursday, May 26

A wealth of information about the spellers and the Bee is available at spellingbee.com. This includes profiles about each speller, past winners and their winning words, a sample test, fun facts and, during Bee Week, round results and regular competition updates.