Three black women checked out of their Airbnb rental. Then someone called the police on them 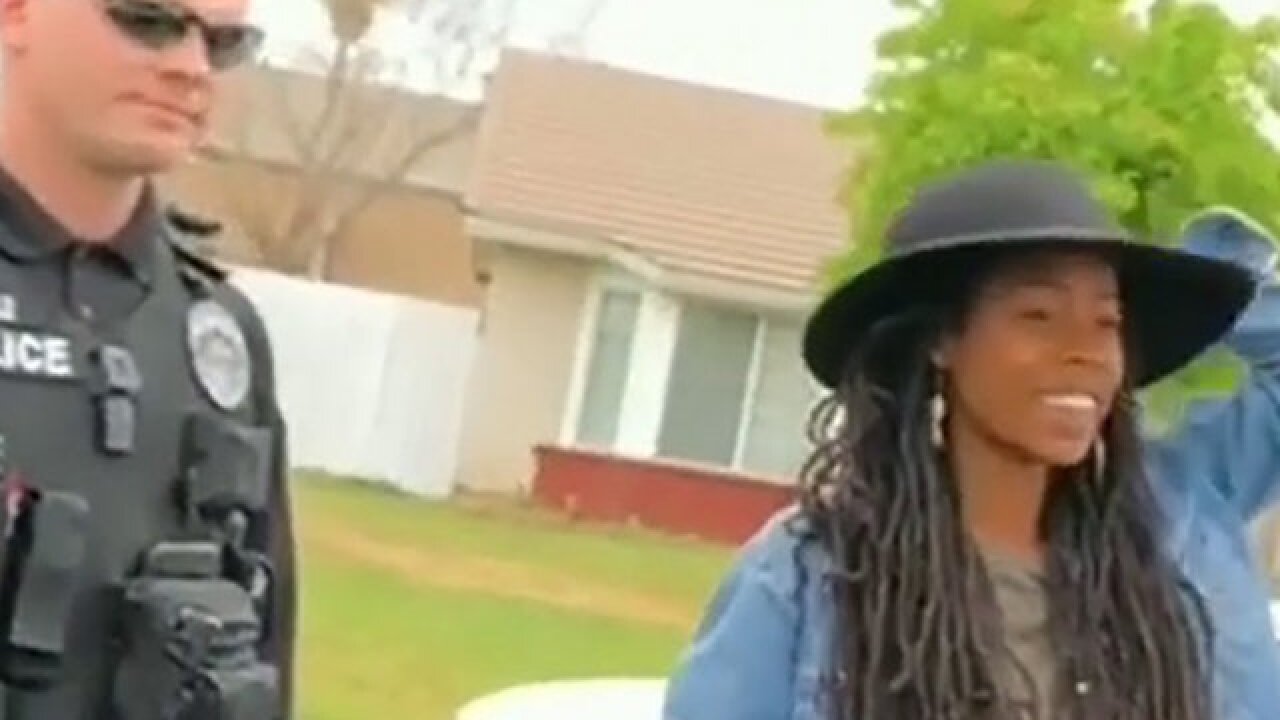 © 2018 Cable News Network, Inc.
directedbykells/Instagram
<p>A group of friends, including three black women, were checking out of their Airbnb rental when seven police cars showed up. Someone had called police on them, thinking they were burglars.</p>

At first, Kelly Fyffe-Marshall's stay in Rialto, California, was ending pretty normally. She and her four friends -- three of them black women -- checked out of their Airbnb rental and dragged their luggage to their vehicle.

Then things got weird.

Seven police cars showed up. The neighborhood was seemingly locked down.

Then things got scary.

The police told Fyffe-Marshall and her friends to put their hands in the air, and then informed them a helicopter was tracking them.

Why all the commotion?

Someone had called the police on them, thinking they might be burglars.

"A neighbor across the street saw 3 black people packing luggage into their car and assumed we were stealing from the house. She then called the police," Fyffe-Marshall wrote. "At first we joked about the misunderstanding and took photos and videos along the way. About 20 minutes into this misunderstanding it escalated almost instantly."

A police sergeant showed up, Fyffe-Marshall says in her account, and said he didn't know what Airbnb was. The group showed the police their booking confirmations and phoned the home's landlord to convince police they were telling the truth.

The entire episode lasted a frustratingly long 45 minutes, she said.

"We have been dealing with different emotions and you want to laugh about this but it's not funny," she wrote. "The trauma is real. I've been angry, frustrated and sad. I was later detained at the airport. This is insanity."

Rialto Police Lt. Dean Hardin told CNN the person who called police was an elderly white woman, and she did not recognize the women as being her neighbors. Hardin could not speak to the allegation the group was targeted due to their race.

"I cannot get into the caller's head, beyond that she thought she was seeing a crime," Hardin said.

Police said in a news release the encounter took 22 minutes and that "through reasonable inquiry officers learned the residence was an unlicensed Airbnb." The group of women were "immediately released without incident" after the incident, the release states.

"At no time during the encounter did officers use any form of restraints with the involved people and actually allowed them to exit their vehicle and assist officers in locating the owner of the unlicensed Airbnb," the release reads.

On Monday, the release said, the Rialto Police Department was served with a notification of pending legal action on behalf of Donisha Prendergast, who police said is the granddaughter of singer/songwriter Bob Marley. Fyffe-Marshall and another woman, Komi-Oluwa Olafimihan, were also listed on the legal notification with Prendergast.

CNN contacted Fyffe-Marshall, who said her attorney, who also is representing the other two women, told them not to comment at this time.

While the department said it is now "limited in response," it said in the release that the department "was a pioneer in the nation's implementation of Axon body worn officer cameras."

Airbnb said in a statement to CNN that it has reached out to the women to "express our sympathy and full support." The company also said what happened was "unconscionable and a reminder of how far we still have to go as a society."

"Airbnb's mission is to create a world where anyone can belong anywhere and we have aggressively worked to fight bias and discrimination in society," the company's statement said. "We are also reaching out to our partners at the NAACP, National Action Network, Color Of Change, and others to discuss this matter and ensure we are doing all we can to protect our community when they travel."

The incident in California is one of a several across the country recently in which people of color have been either arrested or detained by police for seemingly innocuous acts:

-- Two black men were arrested at a Philadelphia Starbucks last month after a manager called 911 on them because they didn't order anything. The men said they were waiting on an acquaintance. They were later released with no charges filed against them. Starbucks' CEO apologized and the company reached an undisclosed settlement with the men.

-- A pair of Native American teens on a college tour of Colorado State University were briefly detained by police last week after the parent of another prospective student on the tour called 911 because she said the teens made her "nervous." School officials apologized.

-- A group of black woman said a golf course in Pennsylvania called the police after accusing them of playing too slowly.

-- LA Fitness apologized to two black men who were booted from a gym in New Jersey and had the police called on them amid racial profiling allegations.