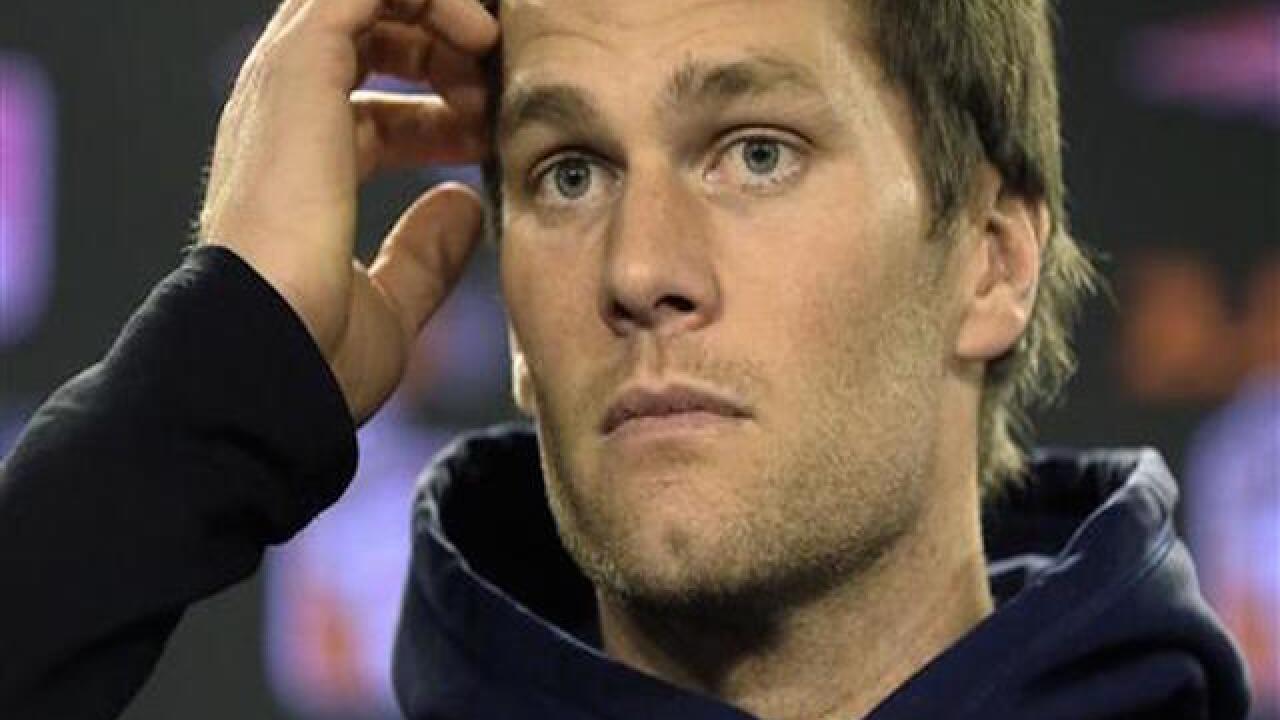 The 2nd U.S. Circuit Court of Appeals in Manhattan issued a one-sentence rejection of requests by the National Football League Players Association and Tom Brady to reconsider an April decision that reinstated the suspension.

"We are disappointed," the players association said in a statement. "The track record of this league office when it comes to matters of player discipline is bad for our business and bad for our game. We have a broken system that must be fixed."

It added that it will review its options carefully.

The court's action left intact a 2-to-1 ruling by a three-judge panel that found NFL Commissioner Roger Goodell acted within his powers by upholding the suspension of the star quarterback for his role in a scheme to doctor footballs used in a January 2015 playoff game.

The decision affirmed wide-ranging powers given to the commissioner by the NFL's collective bargaining agreement. It was a setback for organized labor groups arguing for due process in employee discipline.

The players association and Brady had requested that the three-judge panel reconsider the case or that all the 2nd Circuit judges hear arguments and decide anew.

Brady's remaining hope is to appeal to the U.S. Supreme Court.

"That is an extremely long shot," said Nellie Drew, a sports law professor at the University at Buffalo. She said the 2nd Circuit acted correctly and that any changes to how the NFL handles arbitrations over player issues will have to be handled at the negotiating table.

She predicted Patriots backup quarterback Jimmy Garoppolo "will be getting a whole lot of repetitions" as the Patriots prepare for their season opener Sept. 11 at Arizona.

Lawyers and other representatives for the NFL, the Patriots and Brady did not immediately return messages seeking comment.

Anthony Barkow, a lawyer who submitted an amicus brief on behalf of Kenneth R. Feinberg, the special master of the Sept. 11 Victim Compensation Fund and a longtime arbitrator, said: "We wish the result were otherwise, but respect and understand the decision and know that it is extremely rare for the 2nd Circuit to grant en banc review."

What began as an accusation of cheating in the 2015 AFC championship game has grown into a multimillion-dollar legal battle over three NFL seasons, involving not just an MVP quarterback but also some of the elite lawyers and scientists in the country.

And as it developed, it evolved from a silly little dispute about the air pressure in footballs into a referendum on the powers of a sport's commissioner and the right of all unionized employees to due process in a disciplinary hearing.

Joining the case along the way were longtime league adversary Jeffrey Kessler and former U.S. Solicitor General Ted Olson, who was involved in the Bush v. Gore lawsuit that settled the 2000 presidential election and the case that overturned California's ban on same-sex marriages. Piping in with friend of the court briefs were the AFL-CIO and scholars from some of the top legal and scientific institutions in the country.

At stake for the Patriots was not only the availability of their quarterback for a quarter of the season, but their legacy as an NFL dynasty. Already convicted once of cheating by Goodell — in an illegal videotaping scheme in 2007 that predictably came to be known as "SpyGate" — the Patriots saw the suspension as an attack on their legitimacy of the four Super Bowl championships earned under Brady and coach Bill Belichick.

The suspicions boiled over on Jan. 18, 2015, when the league tested — somewhat unscientifically, it would belatedly learn — the footballs provided by the home team for the AFC title game against the Indianapolis Colts and found them to be underinflated.

After three months, league investigator Ted Wells found that the Patriots intentionally used underinflated footballs in the game and that Brady was "at least generally aware" of the scheme. The NFL suspended the four-time Super Bowl champion quarterback four games and docked the team $1 million and two draft picks.

Brady appealed — first within the league, and Goodell affirmed the decision. Brady appealed to federal court, and U.S. District Judge Richard Berman overturned the suspension. The league appealed to the 2nd Circuit, and the three-judge panel reinstated the original penalty.

That left Brady hoping for a new hearing in front of the complete circuit — called "en banc" — or an even more unlikely hearing at the Supreme Court.

"That's always an option to litigants," Olson said after joining the case. "It is not something we have resolved ourselves to doing."

New England fans rallied behind their quarterback, putting "Free Brady" on T-shirts, reciting the Ideal Gas Law from memory and giving a hero's welcome not only to the quarterback when he took the field for the 2015 regular season opener but also to Kessler and U.S. District Judge Richard Berman — whose ruling for Brady would later be overturned on appeal.

But in other NFL cities, fans were just as convinced that the Patriots and Belichick were up to no good. Added to the videotaping penalty — along with Belichick's tendency to stretch the rules to their limits, or occasionally beyond — it was seen as confirmation that the team can't win without cheating.

The court's decision is unlikely to change minds on either side.