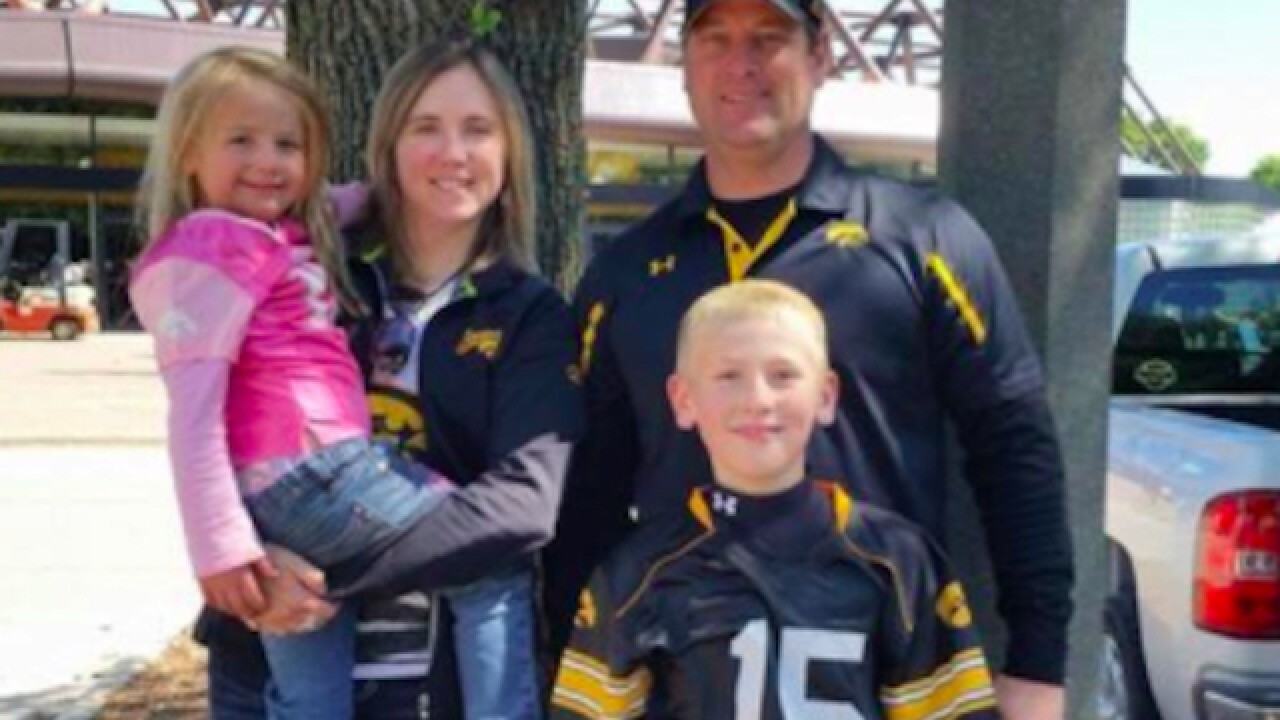 <p>The Sharp family, from Iowa, is seen in this photo that family had been publically sharing on Facebook to spread the message that the four were missing. They were found dead in Mexico, authorities said.</p>

An Iowa couple and their two children died from inhaling toxic gas while vacationing in Mexico, local authorities said.

The bodies of Kevin Wayne Sharp; his wife, Amy Marie Sharp; their son, Sterling, 12; and daughter Adrianna, 7, were discovered Friday at a rental condominium in the beach town of Tulum.

The family had been dead for about 36 to 48 hours, the Quintana Roo prosecutor's office said Saturday. Autopsies showed they suffocated after inhaling toxic gases, but it's unclear what type of gas led to their deaths, the prosecutor's office added.

There were no signs of foul play or suicide, officials said.

Investigators ruled out a possible robbery because they did not see evidence of a disturbance inside the condo.

Photos released by Mexican officials show crews and firefighters wearing masks while checking a gas stove in the condo.

They performed "physical inspection of the room's gas installation" and are expected to release a technical report at a later date.

Jana Weland, a relative, told CNN the family arrived in Tulum on March 15. They were staying in a rental house they found through a vacation rental company. The last contact the family had with the Sharps was a picture the son posted on Snapchat of his feet by the water that day, Weland said.

The Sharps were supposed to return from their vacation Wednesday, Weland said. Kevin Sharp, who owns a beer distribution company, failed to check in with his employees that morning as planned, which was unlike him, Weland said.

Then the family failed to attend a basketball game Wednesday night in Danville, Illinois -- a game Weland said the family was looking forward to. But the extended family waited until Thursday night to call authorities in case the Sharps had problems with their flight.

Sharp first got involved in the speedway through his beer distribution business, and eventually became a board member, track announcer Bob Harris said.

"Everything they did, they did as a family," Harris said. "His family was involved -- his son was working on the race car with him, cheering him on. Here in Iowa racing is a big family; we try to promote it as a family sport and (the Sharps) lived it."

Harris said he last messaged Sharp on March 14, about a racetrack project. Sharp messaged back, saying the plans for the project looked great, and that he was traveling to Mexico.

The two were supposed to go racing together next week, Harris said.