Trapped body causes 14.5 million gallons of Tijuana sewage to leak into US 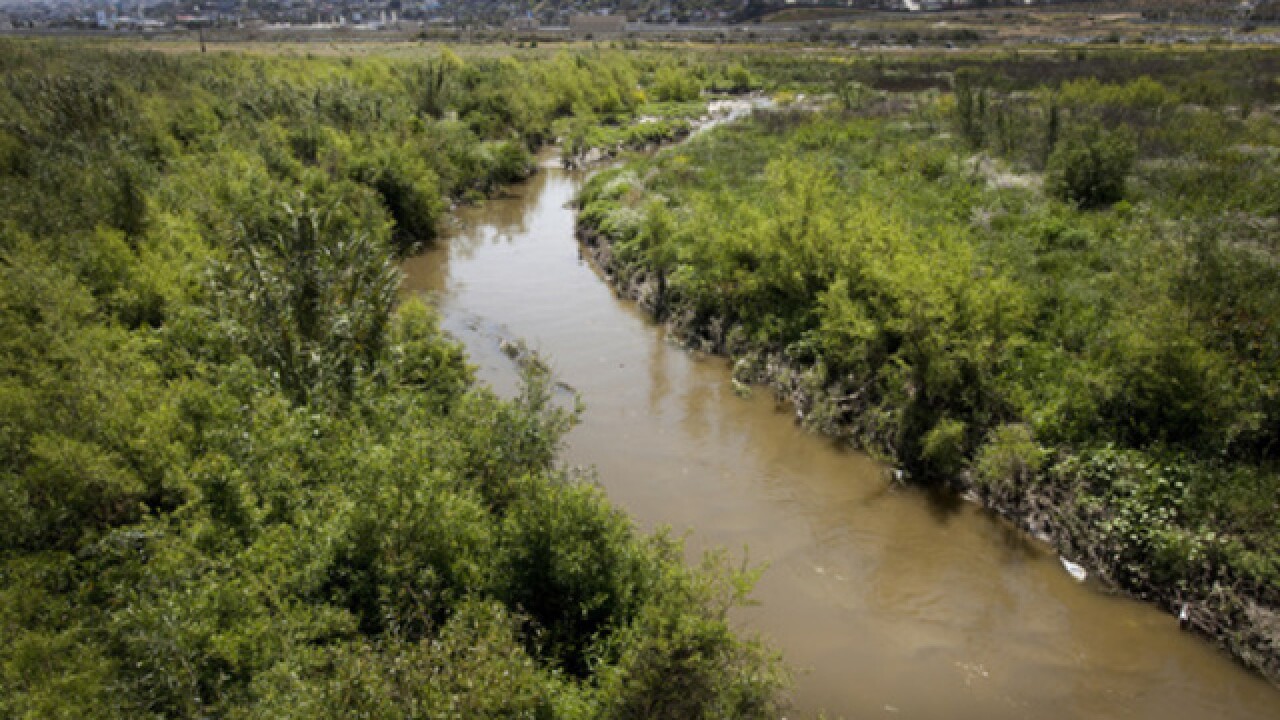 Mexico's International Boundary Water Commission (CILA) informed their U.S. counterparts Sunday that a cleanup crew at a pump station discovered a body trapped inside one of the sewage intake screens, causing a backup and sewage to overflow.

"Police got involved and cordoned off the area preventing any activity in the crime area while the investigation continued. A body was trapped inside the intake screens. This caused trash to build up and plug the structure and overflow into the U.S.," USIBWC's Dawi Dakhil said in an email.

It wasn't immediately clear how the person became trapped in the system.

The scene was cleared Monday and Mexico water officials rebuilt a temporary berm, or raised bank, to stop the overflow.

The CILA pump station was operational as sewage flowed across the border, according to USIBWC.

Last month, San Diego officials introduced a $404-million plan to the White House to address the flow of sewage from Mexico into the U.S. The centerpiece was a treatment facility that could process 163 million gallons of runoff per day, with the aim of reducing border sewage flow days from 138 to 12.

Officials were reportedly looking into various sources to fund the project, which would likely require help from Congressional leaders.

Days after the plan was presented, a broken water line in Tijuana sent a mix of potable water and untreated sewage across the border into the U.S.

This story was originally published by Mark Saunders on KGTV.