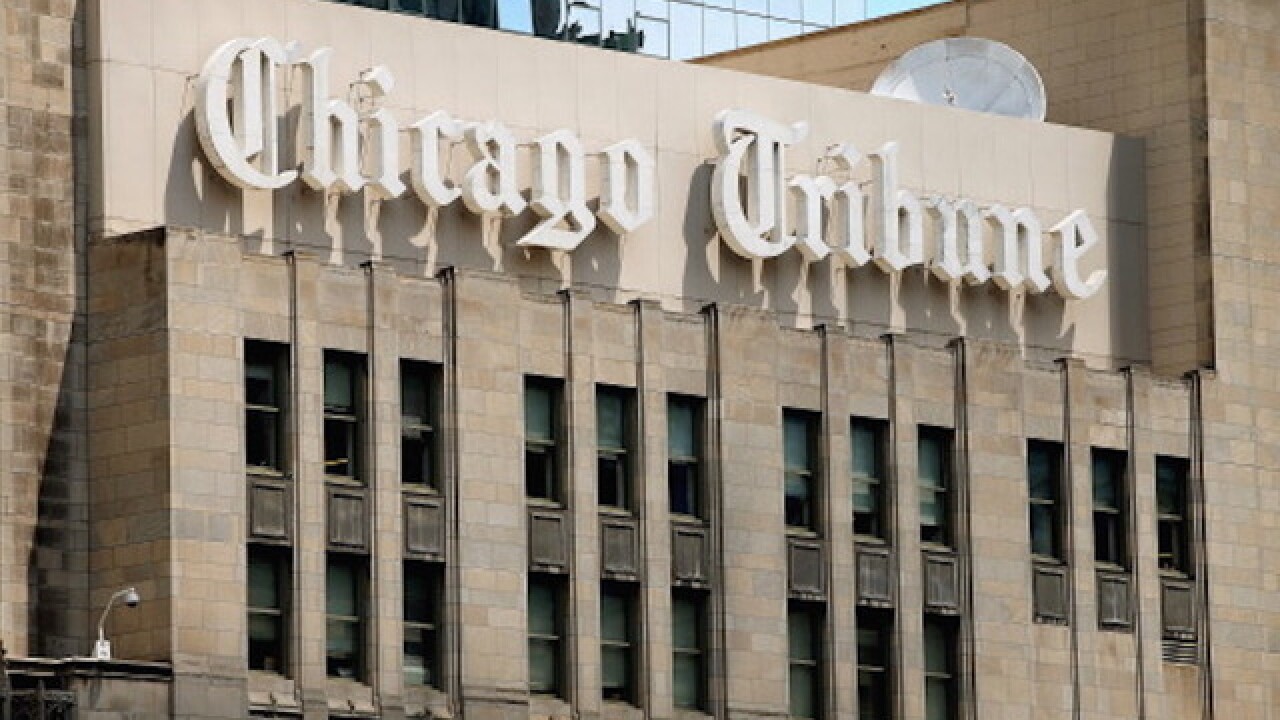 NEW YORK (AP) — We still don't know if USA Today owner Gannett will continue its $864 million bid for Tribune Publishing, but we do know that no one will have Tribune to kick around anymore.

That's because it's changing its corporate name — to Tronc Inc ., standing for "Tribune online content." It's also the former name of Tribune's new "content curation and monetization" technology, which it now calls TroncX. That's the backbone of Tribune's plan to squeeze more money out of digital ads and customize news articles for readers.

Tribune Chairman Michael Ferro said the rebranding reflects the way the company will "pool our technology and content resources to execute on our strategy."

The renaming is so far the only tangible change following a shareholder vote earlier Thursday that ratified Tribune's slate of directors, although the company hasn't yet released official results. Gannett seized on the symbolic vote as a way for shareholders to signify approval for its takeover bid, hoping that a lackluster result could pressure Ferro into a deal.

Gannett says its tally suggests that 49 percent of votes not tied to Ferro or the company signaled they did not support the entire board, while more than half didn't support Ferro. Such unaffiliated shares are estimated to account for 82 percent of Tribune's total.

Tribune, which publishes the Los Angeles Times, the Chicago Tribune and nine other major dailies, called Gannett's count "speculative" and said it was "clear" that all board members were elected by a majority of the votes cast. Gannett said it is still pondering the future of its offer.

Bruce Goldfarb, the president of Okapi Partners, a proxy solicitation and advisory firm not involved with the bid, said that many investors vote ahead of time, likely giving Gannett "a pretty good sense" of the numbers. He called a "withhold" vote of that magnitude significant.

Tribune has been doing its best to hold off Gannett , adopting a shareholder rights plan meant to make a takeover more difficult and bringing in a new big investor, Dr. Patrick Soon-Shiong, as an ally in its ambitious transformation project.

The vote totals, if confirmed by Tribune, may undermine its stance. "Legally, the board is elected," said David Larcker, a professor at Stanford's business school who specializes in accounting and corporate governance. "But I think any board, particularly the independent board members of Tribune, they would take this as serious information."

Gannett probably can't buy Tribune unless the board revokes its shareholder rights plan, he said.

Several large Tribune investors have already publicly urged Ferro to work on a deal with Gannett. One small investor filed suit against the Tribune board in the Court of Chancery in Delaware on Wednesday night, ahead of the vote. The investor, Capital Structures Realty Advisors LLC, said in its complaint that directors breached their duty by "refusing to negotiate with Gannett in good faith."

In a statement, a Tribune spokesman said the Chicago-based company is reviewing the complaint carefully.

Gannett wants Tribune so it can cut costs and sell more ads. But Tribune, with a chairman and CEO that just came on board this year, has its own plan to make the Los Angeles Times a global brand and use technology to squeeze more revenue from digital ads.

Tribune Publishing Co. shares fell 21 cents, or 1.8 percent, to close at $11.38 Thursday. The stock is still up 51 percent since before Gannett announced its initial bid.