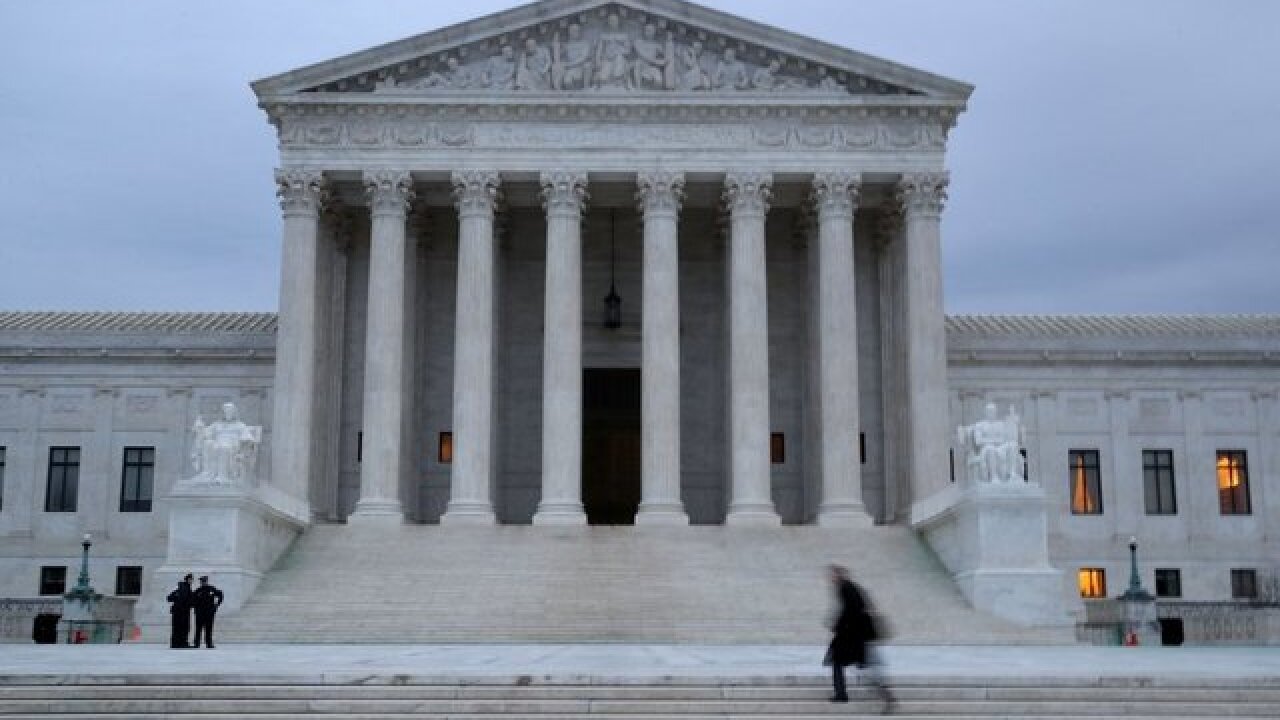 President Donald Trump plans to interview candidates for the vacant Supreme Court seat this weekend in New Jersey, he told reporters aboard Air Force One on Friday.

Trump said he would speak with one or two candidates, and plans to announce his selection on Monday, July 9.

"I've got it narrowed to about five," he said, adding that included two women.

Speaking en route his golf property in Bedminster, New Jersey, Trump said he would not ask candidates their position on Roe v. Wade.

"I'm not going to ask them that question," Trump said.

Justice Anthony Kennedy, who is retiring at the end of July, was considered the swing vote on the court to uphold abortion rights. Whomever Trump nominates is expected to sway the court to the right.