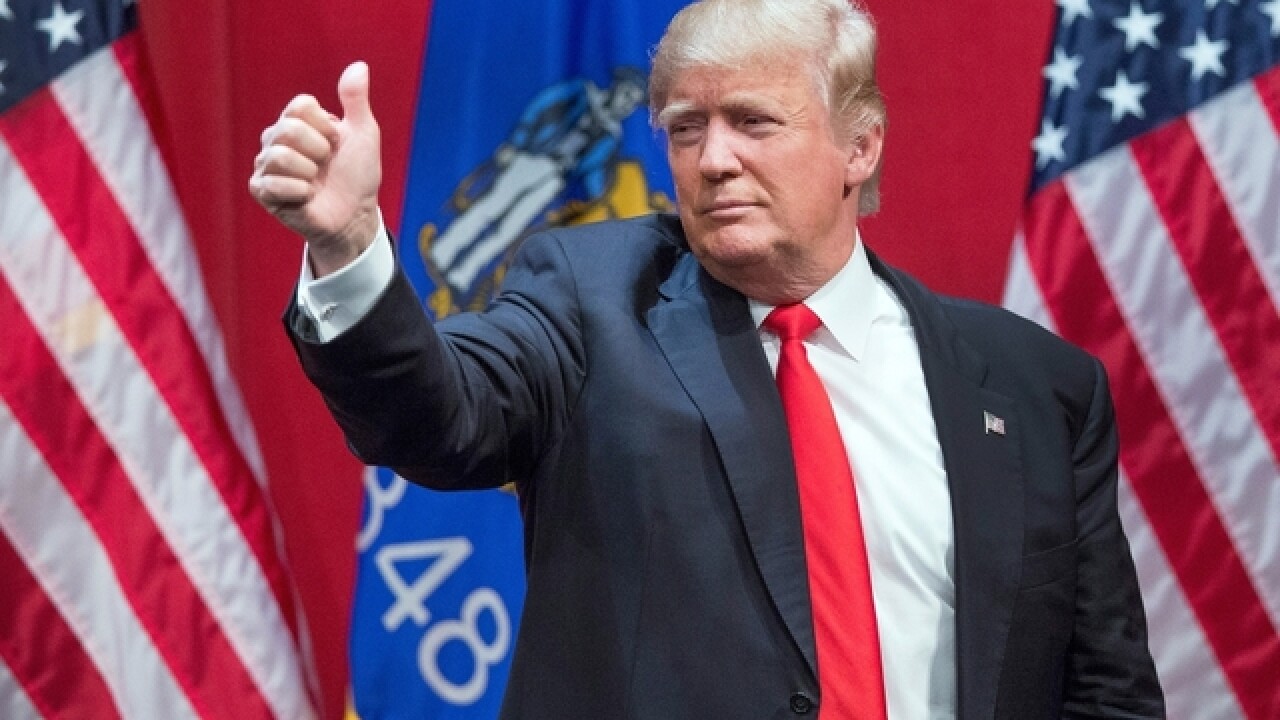 Donald Trump is again insisting that his negative tweet about Hillary Clinton did not feature a Star of David atop a pile of cash.

Trump said Wednesday at a rally in Cincinnati that it was just "a regular star or maybe a sheriff's star" and that he wished his campaign had not deleted the image.

Trump received criticism for the image of the star, which some had deemed anti-Semitic. He insists that the media "was racist" for assuming that the image had Jewish connotations.

He also says that he is not anti-Semitic, noting that his daughter Ivanka had converted to Judaism for marriage and is raising her children Jewish.

Where is the outrage for this Disney book? Is this the 'Star of David' also?
Dishonest media! #Frozen pic.twitter.com/4LJBpSm8xa

The rant about the tweet came amid a long list of Trump complaints about the media's coverage of several recent controversies, including his apparent praise of Saddam Hussein and the size of his crowds.