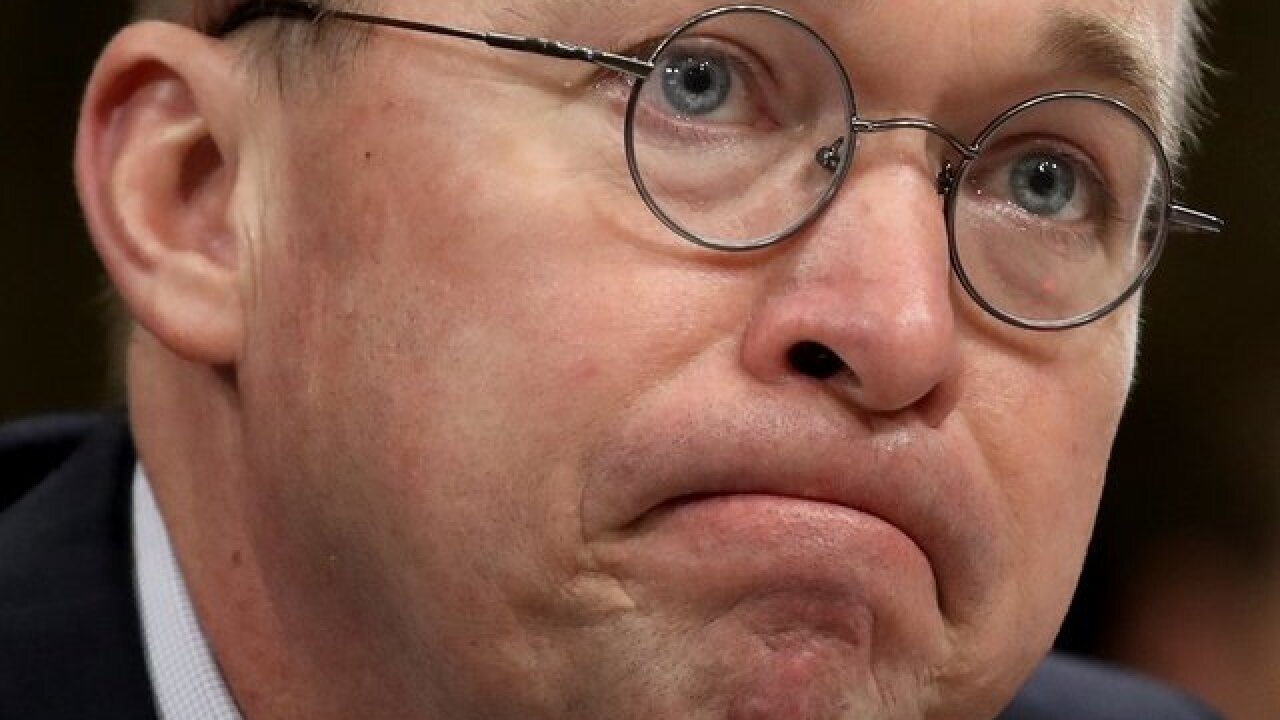 Mick Mulvaney, the director of the Office of Management and Budget, will become the acting White House chief of staff replacing John Kelly, President Donald Trump announced on Friday.

"I look forward to working with him in this new capacity as we continue to MAKE AMERICA GREAT AGAIN! John will be staying until the end of the year. He is a GREAT PATRIOT and I want to personally thank him for his service!" Trump tweeted.

Trump appointed Mulvaney to the position in an acting role about a week after Vice President Mike Pence's chief of staff Nick Ayers declined Trump's offer to become chief of staff, refusing to agree to a two-year time commitment the President had requested.

Mulvaney will step down from his role as OMB director, a White House official said.

Trump tapped Mulvaney for the position as one candidate after the next withdrew from consideration or agreed with the President to take themselves out of the running, including earlier this week Rep. Mark Meadows of North Carolina and former New Jersey Gov. Chris Christie.

Mulvaney had indicated that he was not inclined to take the position of White House chief of staff, with a source close to him instead indicating Mulvaney was interested in moving up to Treasury secretary or secretary of Commerce.