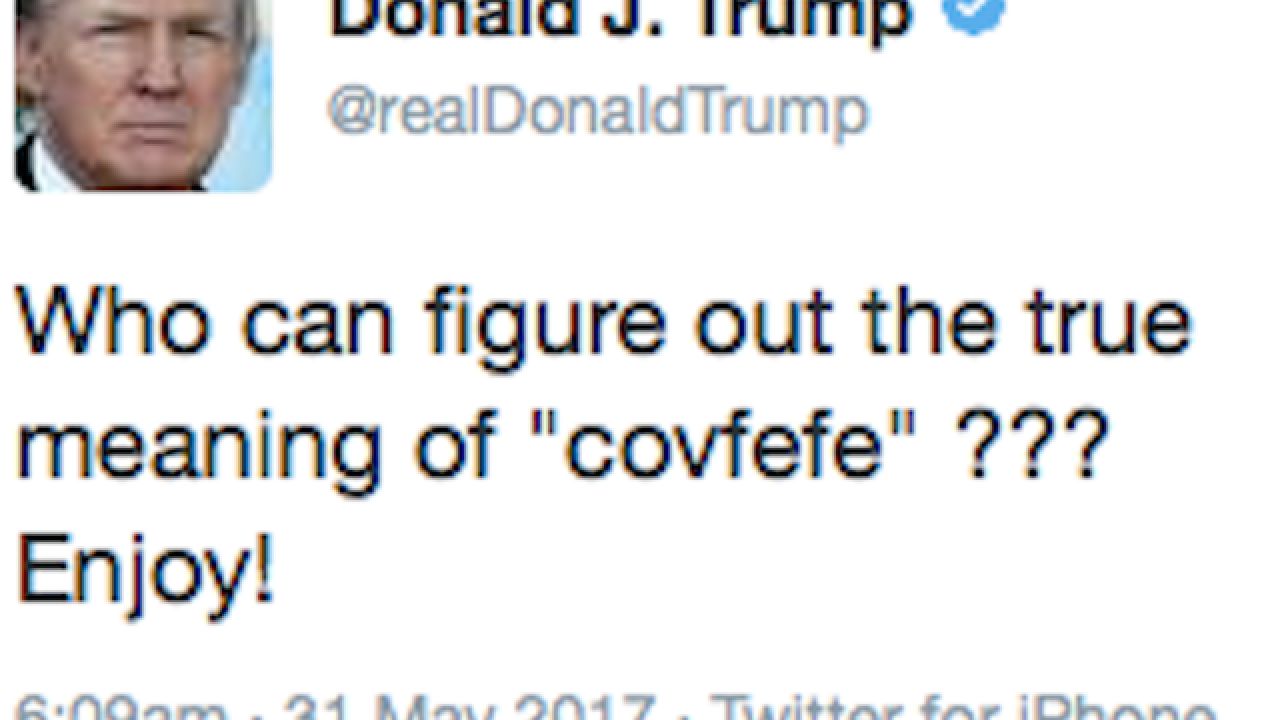 Half a sentence and a typo from the President of the United States are the most-talked about trends on the internet.

RELATED: Griffin 'should be ashamed of herself' after photo, Trump tweets

So here's what we know happened.

President Donald Trump tweeted "Despite the constant negative press covfefe," a clause with no context, at 12:06 a.m. ET Wednesday.

Trump's tweet is the latest example of his ability to draw attention on social media -- and keep the public guessing as to the meaning behind many of his remarks. It's also a reminder of how different he is from past presidents and the traditional, carefully orchestrated pronouncements typically associated with the office.

The President's Twitter feed was largely quiet during his recent trip abroad, but hours after returning home, he unleashed a social media blast that felt like a pent-up release of fury that had been simmering over the nine days of his debut foreign tour.

As usual, he took aim at the media and decried the ongoing Russia investigation.

The tweets represent Trump at his most authentic and defiant, lashing out when he feels he is under attack, and appeared to reflect a belief that only he, and not his staff, is qualified to speak in his own defense.

Some of his more recent tweets got in the lower tens of thousands of retweets.

The tweet was finally deleted about 5:50 a.m. ET Wednesday.

It seemed like the President was going to complain about the press -- something he's wont to do -- but it wasn't part of a Twitter rant. It was his first tweet in 20 hours (the last one was a retweet of a Fox News article saying Jared Kushner did not suggest opening Russian communications channel, citing an anonymous source.)

Though covfefe likely was a typo when the President meant to type coverage, he woke up to a lot of Twitter sass.

One of the most popular theories is that someone tried to grab Trump's phone mid-tweet, and it was accidentally sent.

No word from Merriam-Webster on whether they'll add it to the dictionary next year. They've gone back to bed.