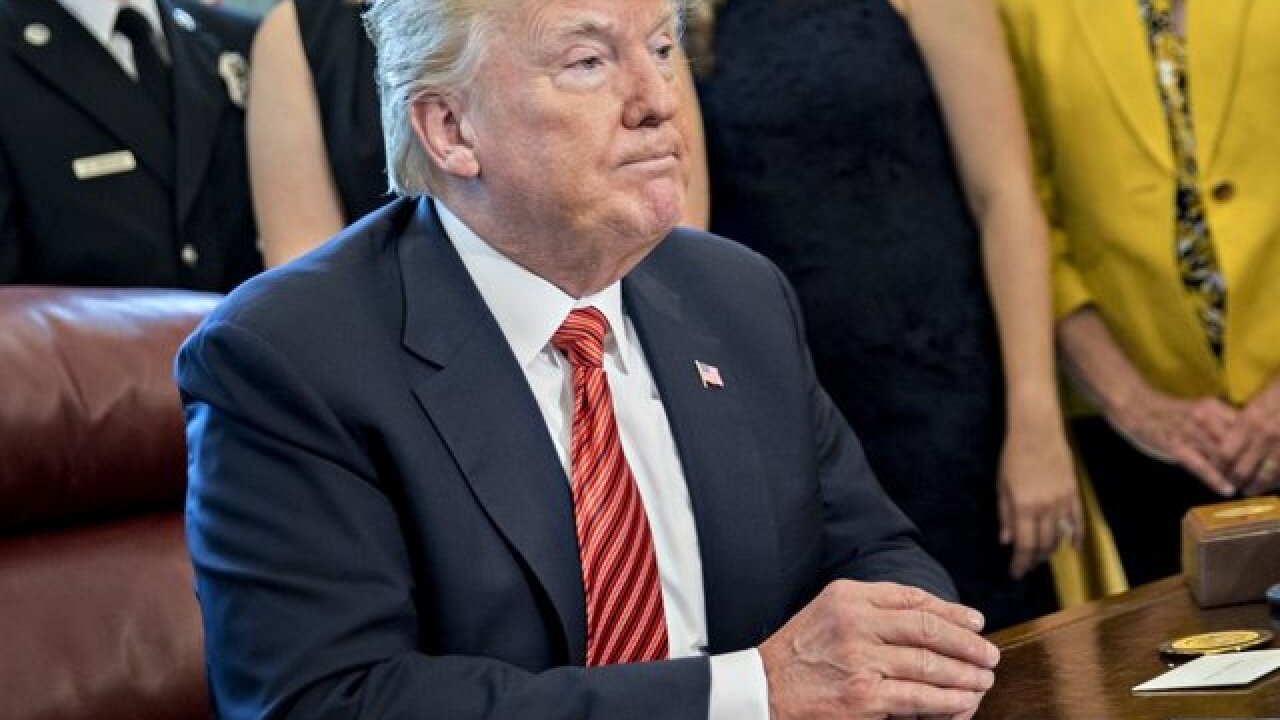 President Donald Trump took action Wednesday to make it a little easier for the nation's military spouses to find employment as their families deploy domestically and abroad.

The President signed an executive order aimed at increasing opportunities for military spouses to obtain federal jobs and encouraging agencies to increase their use of the noncompetitive hiring authority for military spouses. Trump said he hoped the executive action would encourage private-sector businesses to follow suit in their hiring practices.

Speaking to a crowd of military spouses at the White House, the President said, "Your support is essential to making our military the mightiest fighting force in the world and getting stronger all the time."

The unemployment rate for military spouses is 16%, four times the national average for female adults, a statistic the President noted.

A survey of military families released last June from Hiring Our Heroes, a US Chamber of Commerce foundation, found that unemployment and underemployment are major challenges for the spouses of service members, 92% of whom are female. Among military spouses who are employed, 14% are in part-time jobs and half of that part-time group wants full-time work.

While many military spouses choose "portable" career paths like teaching or nursing or law, those often have state-specific licensing requirements that present barriers with each new move.

The Trump administration is building on the work begun by former first lady Michelle Obama and former second lady Jill Biden, who through their Joining Forces initiative called on US governors to streamline licensing and credentialing for the military community.

"Even though all 50 states have addressed this issue in some way, we know that there are still plenty of gaps and challenges that we need to work on, so as far as I'm concerned, our work here definitely isn't finished," Michelle Obama told the Military Times in 2016.

The licensing barriers sometimes force spouses to choose between advancing their own careers and moving from place to place with their service member husband or wife.

"We're working with states across the country to encourage them to remove licensing barriers so that spouses who work in careers such as teaching, nursing and law, many others, also can get a job in their profession no matter where they move," Trump said Wednesday.

The administration has been working to address the challenges of military spouse employment for several months. Counselor to the President Kellyanne Conway and senior adviser Ivanka Trump held a listening session with military spouses last August, and they have since had meetings on the topic.

The White House's own Office of Public Liaison Deputy Director Jennifer Korn, who was present for the signing of the executive order Wednesday, is the wife of a Marine.

"At different points of my career, I have left my career. A couple times, me and my husband have lived apart, at one point three years apart while he was on back-to-back deployments. It's very difficult if you have to choose."