Turkey to release 38,000 from jail, freeing space for plotters 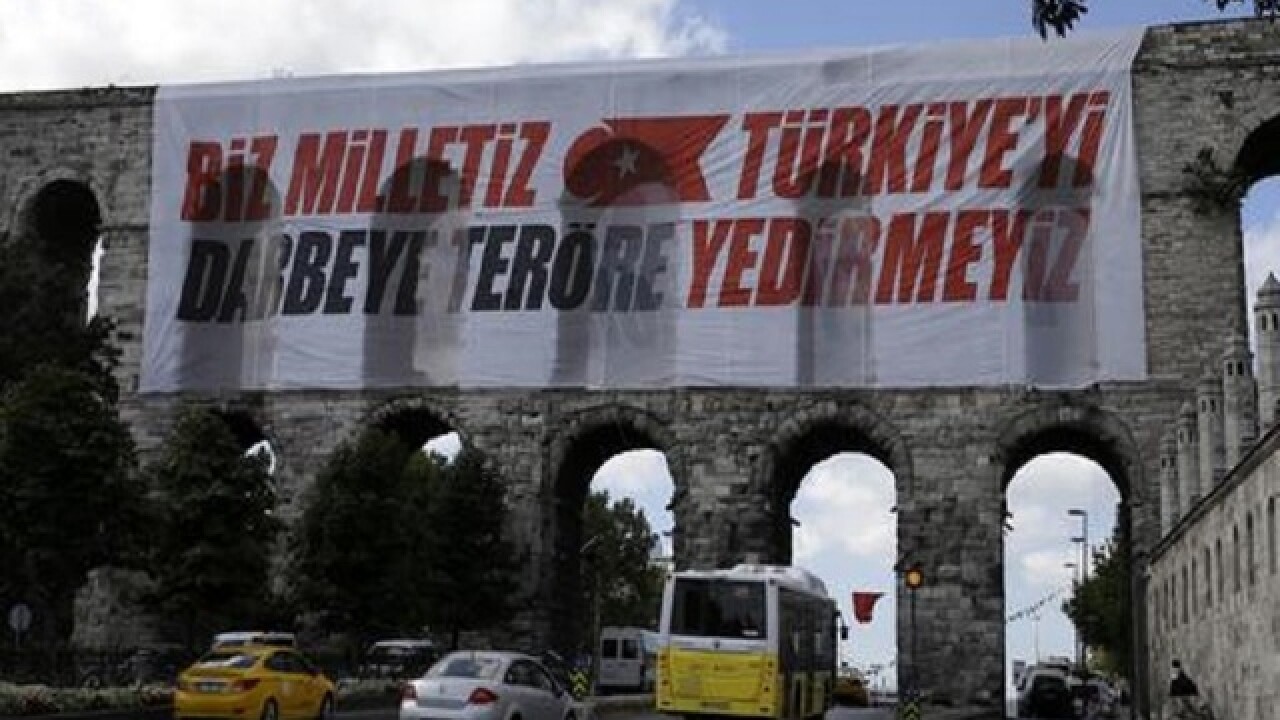 ANKARA, Turkey (AP) — Turkey issued a decree Wednesday paving the way for the conditional release of 38,000 prisoners, the justice minister said — an apparent move to reduce its prison population to make space for thousands of people who have been arrested as part of an investigation into last month's failed coup.
The decree allows the release of inmates who have two years or less to serve of their prison terms and makes convicts who have served half of their prison term eligible for parole. Some prisoners are excluded from the measures: people convicted of murder, domestic violence, sexual abuse or terrorism and other crimes against the state.
The measures would not apply for crimes committed after July 1, excluding any people later convicted of coup involvement.
Justice Minister Bekir Bozdag said on his Twitter account the measure would lead to the release of some 38,000 people. He insisted it was not a pardon or an amnesty but a conditional release of prisoners.
The government says the July 15 coup, which led to at least 270 deaths, was carried out by followers of the movement led by U.S.-based Muslim cleric Fethullah Gulen who have infiltrated the military and other state institutions. Gulen has denied any prior knowledge or involvement in the coup but Turkey is demanding that the United States extradite him.
The Turkish government declared a state of emergency and launched a massive crackdown on Gulen's supporters in the aftermath of the coup. Some 35,000 people have been detained for questioning and more than 17,000 of them have been formally arrested to face trial, including soldiers, police, judges and journalists.
Tens of thousands more people with suspected links to Gulen have been suspended or dismissed from their jobs in the judiciary, media, education, health care, military and local government.
The government crackdown has raised concerns among European nations and human rights organizations, who have urged the Turkish government to show restraint.
KSHB