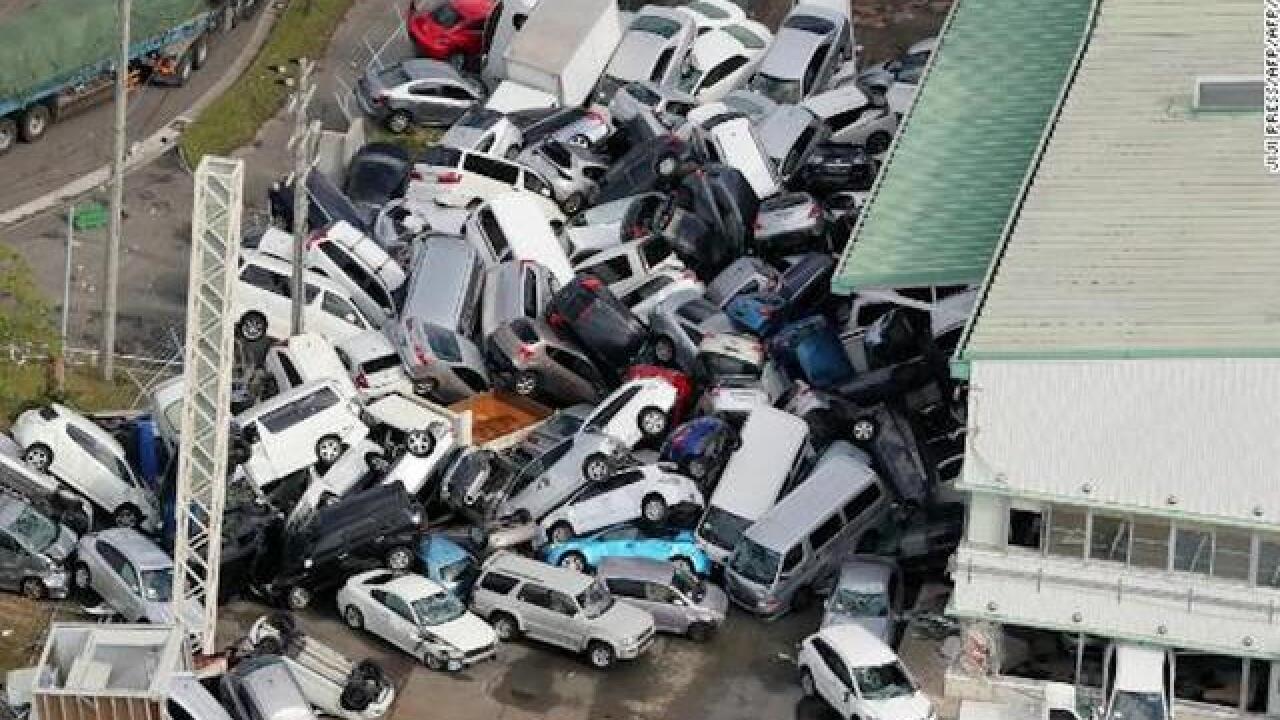 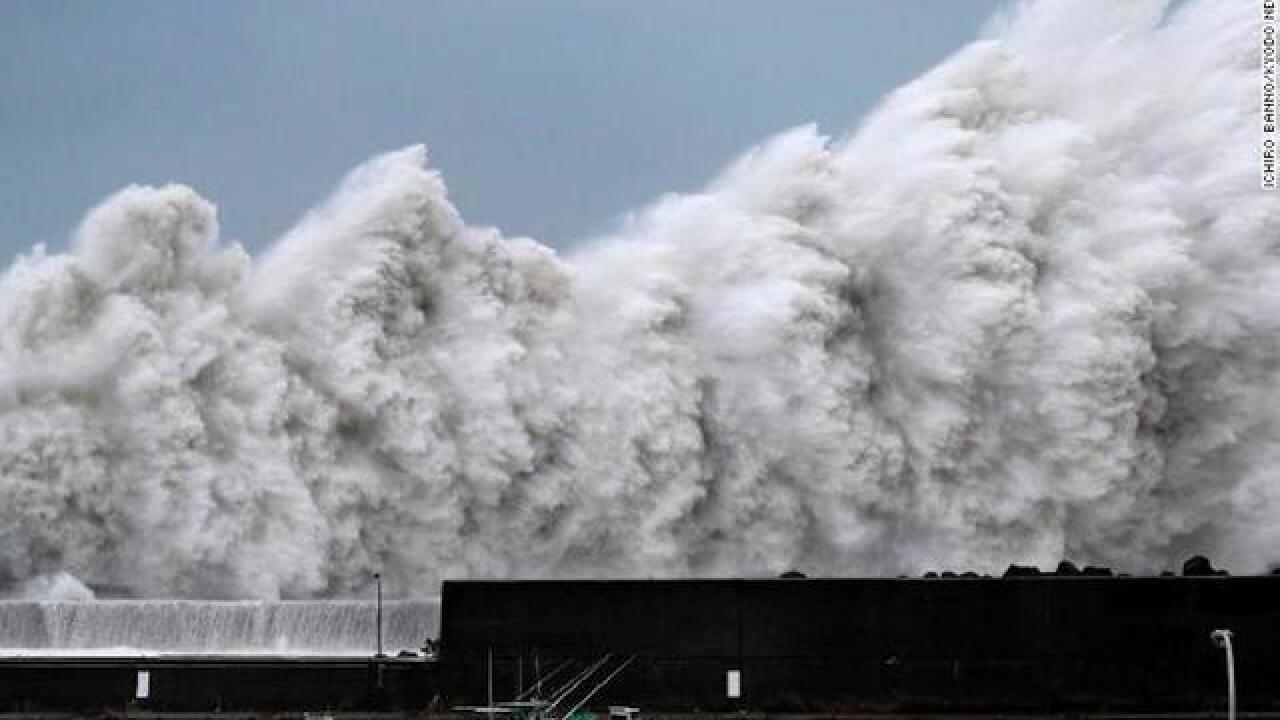 The strongest typhoon to hit Japan's mainland in 25 years smashed a tanker into a bridge, forcing one of the country's largest airports to close and hundreds of flights to be canceled.

Seven of those killed were in Osaka Prefecture and the others in Mie, Aichi and Shiga, where police said a man in Higashiomi City died after the warehouse he was working in collapsed.

Winds lashed buildings and whipped up the sea, yanking an 89-meter-long tanker, the Houunmaru, from its anchorage and ramming it into the bridge connecting Kansai Airport with the mainland.

Images showed the ship's upper decks smashed against bridge, dislodging a portion of the road and forcing authorities to close it to traffic.

Eleven crew members were on board, but no one was injured in the incident, Coast Guard spokesman Keita Sakai said.

The bridge reopened on Wednesday but not before around 3,000 passengers spent a night trapped in the airport. Some were evacuated on buses Wednesday morning to Izumisano Station in Osaka City.

Hundreds of others planned to leave on high speed boats dispatched to Kansai Airport Wednesday to ferry passengers to Kobe Airport to catch alternative flights.

Each boat was capable of carrying 110 passengers, and would go back and forth until all passengers were evacuated, Mami Yamaguchi from the New Kansai International Airport Company told CNN.

All flights were canceled Wednesday, adding to the traffic chaos caused by hundreds of domestic and international flight cancellations on Tuesday.

"Equipments and machines were damaged by the flooded water in a part of the terminal. We don't know when we can re-open," Yamaguchi said.

Aerial images of the damage showed rows of cars that had been consumed by flames at an auctioneer's lot in Nishinomiya, Hyogo prefecture.

It's not clear what caused the blaze, but police suspect wires could have short-circuited in the rain. Local police said a total of 187 cars caught fire.

Firefighters weren't able to reach the area due to flooded streets. They eventually put out the flames at 9:35 p.m. local time after spraying water from the sea.

The Fire and Disaster Management Agency said Wednesday that more than 400 people had been injured across 20 prefectures.

More than 8,000 residents had sought shelter in 1,667 evacuation shelters in 24 prefectures, it added.

Towns and cities in the prefectures of Gifu, Aichi, Kyoto, Osaka, Hyogo, Nara and Wakayama on Honshu, along with Tokushima, Kagawa and Kochi on the island of Shikoku were affected.

Before it made landfall, the storm had sustained winds of 140 kilometers per hour (87 mph) and gusts of 165 kmh (102 mph), the equivalent of a Category 1 Atlantic hurricane.

There is a significant threat of widespread flooding. Jebi has dumped more than 500 millimeters (nearly 20 inches) of rain in some areas and is likely to produce between 150 and 300 millimeters of rain in many locations.