Uber to use self-driving cars 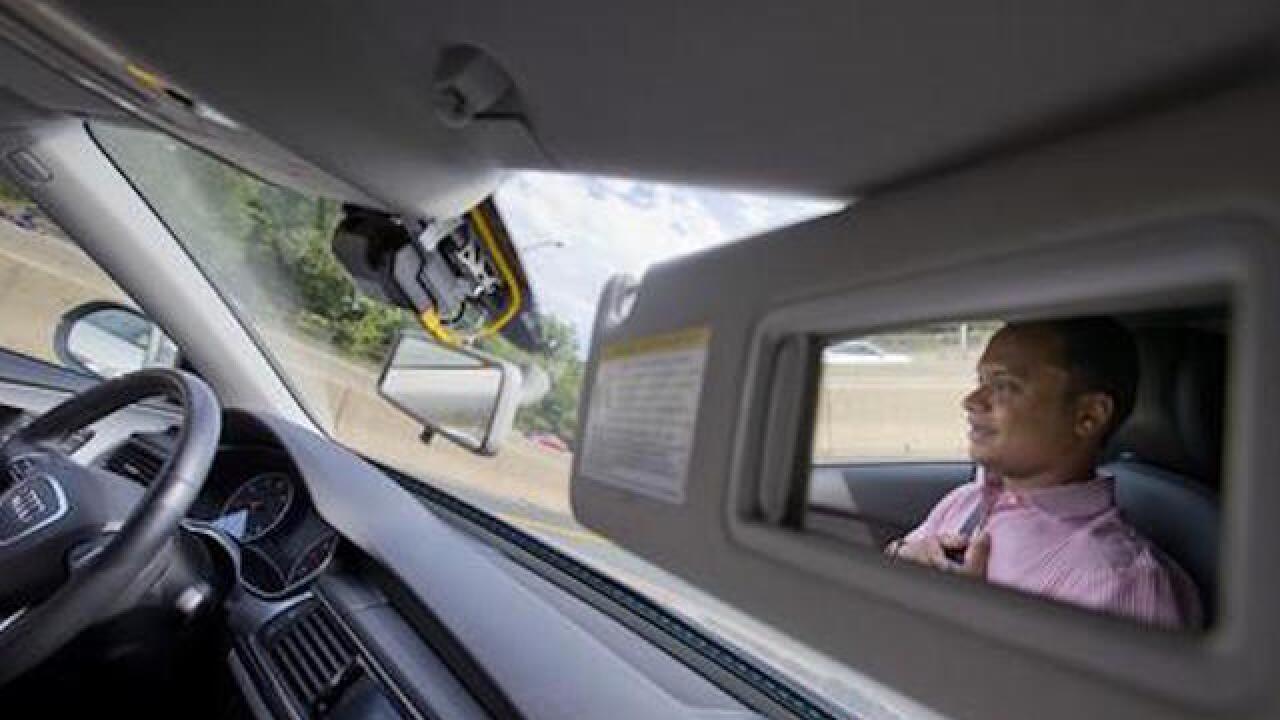 SAN FRANCISCO (AP) — Ride-hailing service Uber says it will start hauling passengers with self-driving cars on the streets of Pittsburgh in next several weeks.

The company says its autonomous Ford Fusions will have human backup drivers but will transport passengers just like normal Uber vehicles.

Uber has a self-driving research lab in Pittsburgh and is working on autonomous technology.

The ride-hailing company also announced that it is acquiring a self-driving startup called Otto that has developed technology allowing big rigs to drive themselves.

The maneuvers are intended to significantly accelerate Uber into the quest to deploy self-driving vehicles to the public. It's also the latest tie-up between Silicon Valley, ride-hailing firms and major automakers.

Uber's CEO, Travis Kalanick, has said the ride-sharing company's future — indeed, the future of all transportation — is driverless. The deals are a bold down payment on that vision, one characteristic of the ambitious Uber, a company valued in the billions.

With the acquisition of Otto, Uber gets a fast infusion of self-driving expertise, including Otto co-founder Anthony Levandowski.

Self-driving technology is not ready for the masses. Hurdles include software that is not yet good enough for public rollout, safety concerns raised by state and federal regulators, and uncertainty over society's readiness to trust robot drivers.

But the race is on. Large tech and auto companies suggest they could start selling self-driving cars within three to five years.

If history is any guide, that push will begin with high-end models that few people can afford. Uber's vast on-demand auto fleet could presumably bring the technology to ordinary people more quickly.

Uber, however, isn't alone in the race for autonomous vehicles. It's not even a leader.

The company's primary U.S. competitor, Lyft, received a $500 million investment from GM earlier this year. Those two companies said they plan to put self-driving vehicles into Lyft's fleet on a small scale sometime in the next year. GM also bought itself some self-driving expertise in March with the acquisition of a company called Cruise Automation.

This week, Ford Motor Co. announced — in Silicon Valley, not Detroit — that it intends to have a self-driving vehicle on the road by 2021. The car will have neither a steering wheel nor pedals and will be rolled out for commercial ride-hailing services, not directly to consumers.

Google's parent company Alphabet Inc. is even further ahead in pursuing driverless cars that offer passengers little control beyond an emergency stop button. Google began testing its fleet of prototype self-driving cars on public roads in 2009.

Though the Google car project just lost its director, Chris Urmson, it has a big head start. Its leaders have suggested they could launch public pilot tests of cars with no steering wheels or pedals in the next year or two.

In the small but growing community of self-driving vehicle experts, Levandowski is a founding father. Putting robotic vehicles on the road has been his obsession. One earlier effort, a self-driving motorcycle named Ghostrider, is now in the Smithsonian's National Museum of American History.

Until the start of this year, Levandowski was at Google. He left to found Otto with two other former Google employees.

After outgrowing the leafy Palo Alto neighborhood where they worked on their first rigs, Levandowski moved his headquarters to San Francisco and came out of stealth mode by posting a video of a truck driving itself down a Nevada highway. An actor sitting at a table in the cab jots notes on a pad of paper.

Levandowski's business proposition was straightforward. Big rigs spend most of their time on highways, making them a relatively easy problem to solve. Unlike bustling city streets, highways have well marked lanes, little or no cross traffic, and other features that make them far easier for a self-driving vehicle to navigate.

Indeed, Levandowski was commuting to work in a Google self-driving Prius several years ago.

Uber Technologies Inc. | FindTheCompany
Copyright 2016 The Associated Press. All rights reserved. This material may not be published, broadcast, rewritten or redistributed.