UNC is looking into a new spot for the Silent Sam Confederate monument, school chancellor says 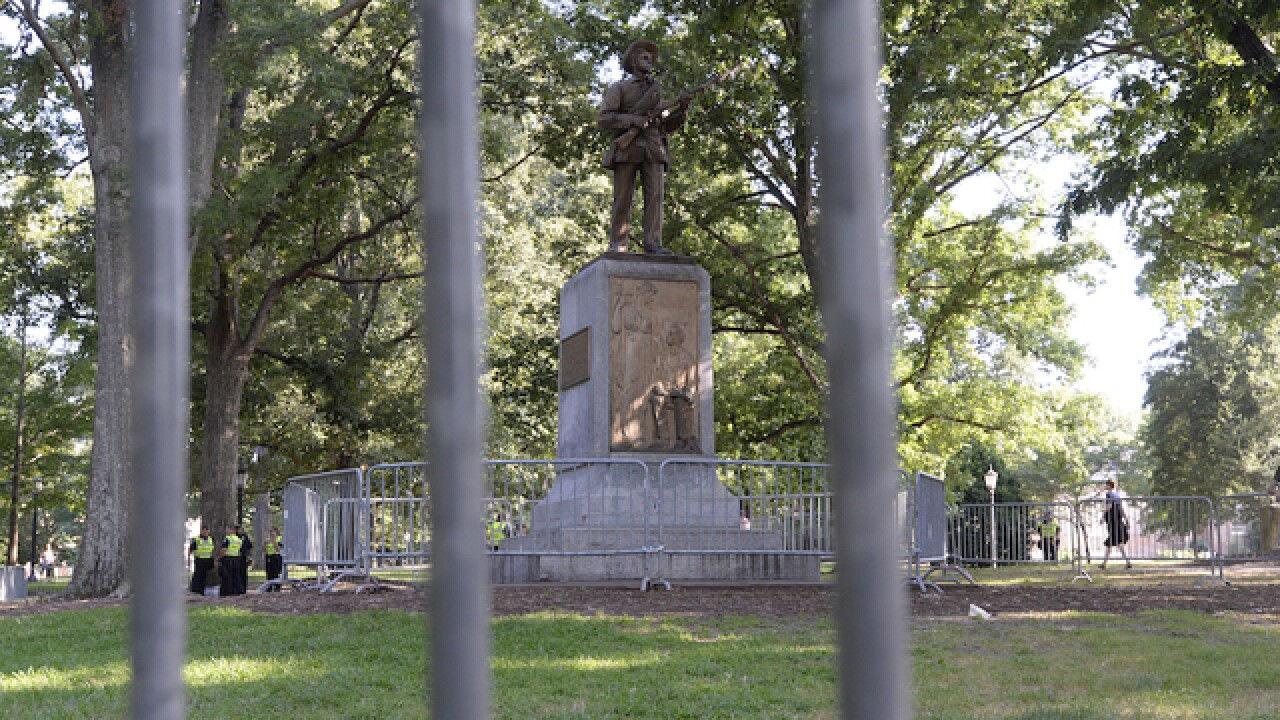 Image copyright 2017 Getty Images. All rights reserved. This material may not be published, broadcast, rewritten, or redistributed.
Sara D. Davis
<p>A Confederate statue, coined Silent Sam, is guarded by two layers of fence, chain and police on the campus of the University of Chapel Hill on August 22, 2017 in Chapel Hill North Carolina. Demonstrators rallied for its removal. </p>

The Silent Sam Confederate monument at the University of North Carolina at Chapel Hill may have a new home come November.

A group of about 250 protesters knocked over the monument August 20 after months of students and faculty calling for the statue's removal. One person was arrested. After the statue went down, Thom Goolsby, a member of the UNC Board of Governors, said on Twitter that Silent Sam would be reinstalled in three months' time "as required by state law."

Carol Folt, the university's chancellor, said in a Friday statement that the UNC System Board of Governors gave her and the UNC Chapel Hill Board of Trustees a "clear path to identify a safe, legal and alternative location for Silent Sam." The deadline to present their plan is November 15. The school is looking at putting it in a less prominent place on campus.

"It has become apparent to all that the monument, displayed where it was, is extremely divisive and a threat to public safety, and the day-to-day mission of the University," Folt's statement said.

Silent Sam was erected more than a century ago to remember the university students who fought in the Civil War. He is silent, the university says, because he carries no ammunition and cannot fire a gun.

Folt said Silent Sam had a place in UNC's history, but "not at the front door" of the school. The plan over the next few months, Folt said, is to consult the campus and the community at large and participate in "lots of listening" for input on the fate of Silent Sam.

Folt's announcement also follows supporters and opponents of Silent Sam gathering for protests on August 25. Seven people were arrested as a result of protests. There were no serious injuries.