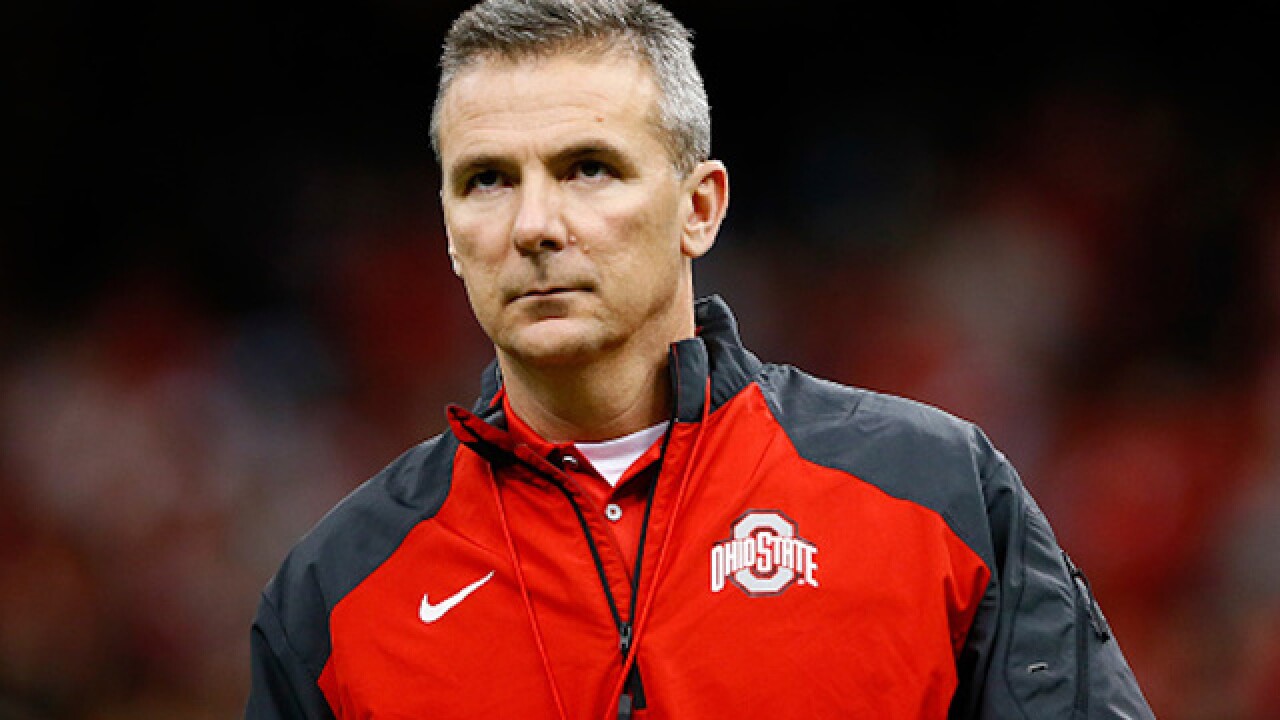 Image copyright 2018 Getty Images. All rights reserved. This material may not be published, broadcast, rewritten, or redistributed.
Kevin C. Cox
<p>NEW ORLEANS, LA - JANUARY 01: Head coach Urban Meyer of the Ohio State Buckeyes looks on prior to the All State Sugar Bowl against the Alabama Crimson Tide at the Mercedes-Benz Superdome on January 1, 2015 in New Orleans, Louisiana. (Photo by Kevin C. Cox/Getty Images)</p>

Ohio State's board of trustees is debating the fate of football coach Urban Meyer, who could face disciplinary action over his handling of domestic violence allegations against one of his former assistants.

The board of trustees held a meeting private Wednesday to discuss a possible punishment against Meyer.

Meyer then acknowledged in a statement that he misled reporters about his knowledge of Smith's allegations.