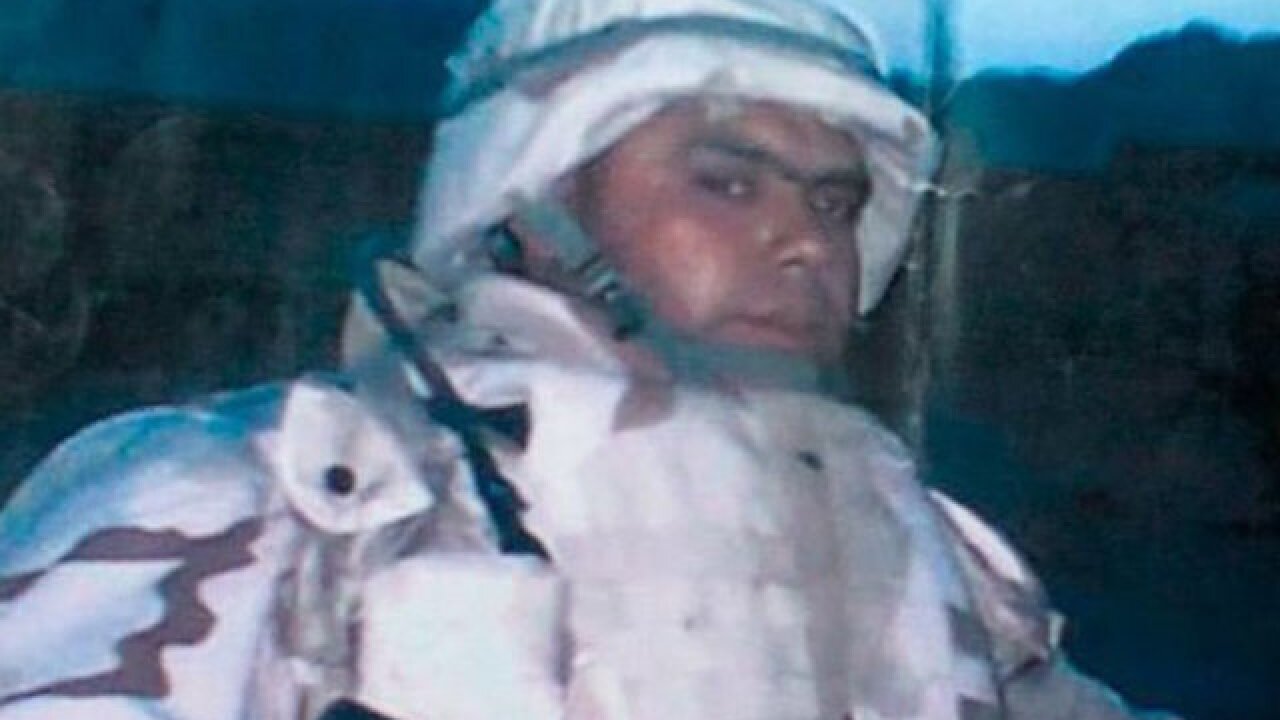 © 2018 Cable News Network, Inc.
Joshua Lott/AFP/Getty Images
<p>Miguel Perez Jr., who served two tours of duty in Afghanistan with the US Army, has been deported to Mexico, US Immigration and Customs Enforcement said.</p>

A US Army veteran who served two tours in Afghanistan has been deported to Mexico, US Immigration and Customs Enforcement said.

The deportation follows an earlier decision by US authorities to deny Miguel Perez's citizenship application because of a felony drug conviction, despite his service and the PTSD he says it caused.

Perez, 39, was escorted across the US-Mexico border from Texas and handed over to Mexican authorities Friday, ICE said in a statement.

Perez, his family and supporters, who include Sen. Tammy Duckworth of Illinois, had argued that his wartime service to the country had earned him the right to stay in the United States and to receive mental health treatment for the PTSD and substance abuse.

"This case is a tragic example of what can happen when national immigration policies are based more in hate than on logic and ICE doesn't feel accountable to anyone," Duckworth said in a statement following reports of Perez's deportation. "At the very least, Miguel should have been able to exhaust all of his legal options before being rushed out of the country under a shroud of secrecy."

Perez was born in Mexico and legally came to the United States at age 8 when his father, Miguel Perez Sr., a semi-pro soccer player, moved the family to Chicago because of a job offer, Perez told CNN earlier. He has two children born in the United States. His parents and one sister are now naturalized American citizens, and another sister is an American citizen by birth.

It's a complicated case. Perez has said that what he saw and experienced in Afghanistan sent his life off the rails, leading to heavy drinking, a drug addiction and ultimately to his felony conviction.

"After the second tour, there was more alcohol and that was also when I tried some drugs," Perez said last month. "But the addiction really started after I got back to Chicago, when I got back home, because I did not feel very sociable."

In 2010, he was convicted in Cook County, Illinois, on charges related to delivering more than 2 pounds of cocaine to an undercover officer. He was sentenced to 15 years and his green card was revoked. He had served half his sentence when ICE began deportation proceedings. He had been in the agency's custody since 2016.

Perez has said he was surprised to be in ICE detention and mistakenly believed that enlisting in the Army would automatically give him US citizenship, according to his lawyer, Chris Bergin. His retroactive application for citizenship was denied earlier this month. While there are provisions for expediting troops' naturalization process, a main requirement is that the applicant demonstrate "good moral character," and the drug conviction was enough to sway the decision against his application, Bergin said.

Perez enlisted in the Army in 2001, just months before 9/11. He served in Afghanistan from October 2002 to April 2003 and again from May to October 2003, according to his lawyer. He left the Army in 2004 with a general discharge after he was caught smoking marijuana on base.

Perez went on a hunger strike earlier this year, saying he feared deportation would mean death. Aside from not getting the treatment he needs, he told CNN that he fears Mexican drug cartels will try to recruit him because of his combat experience and will murder him if he doesn't cooperate.

"If they are sentencing me to a certain death, and I am going to die, then why die in a place that I have not considered my home in a long time?" he asked.