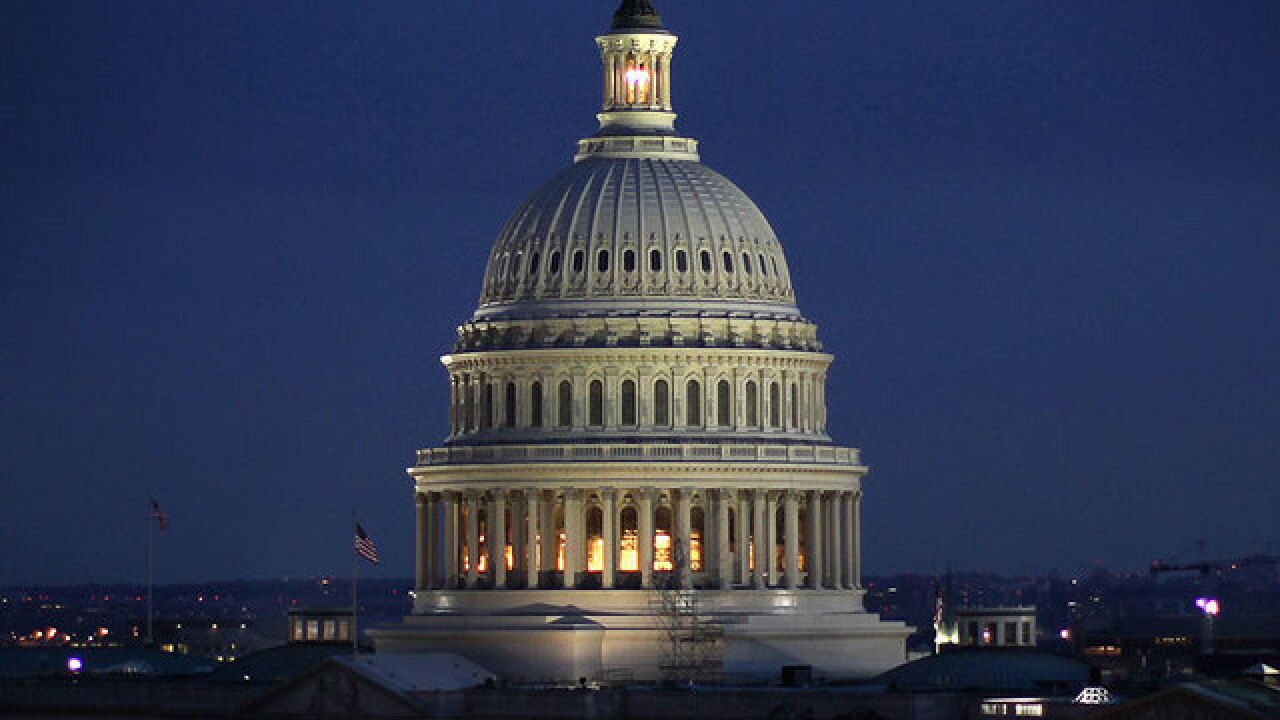 WASHINGTON (AP) — The U.S. Capitol and its office buildings were briefly locked down Tuesday, the second time in a week amid nervousness over recent shootings.

District of Columbia police spokeswoman Alice Kim said officers were alerted to a man with a gun near Fort McNair in Southwest Washington, about a mile and a half south of the Capitol, shortly after 4 p.m. Officers then stopped a person at the intersection of 1st and D Streets, Northwest, which is two blocks from the Capitol and outside the Labor Department, Kim said.

No shots were fired, she said.

The Capitol lockdown began at 4:20 p.m. and the all clear was given over a loudspeaker at 4:45 p.m. Police had sent an email to congressional staff advising them to close and lock doors and stay away from external doors and windows.

Both the House and Senate were in session, with House members voting. In the Senate, lawmakers were delivering speeches from the floor.

Tourists sat in the visitors' gallery in the Senate, apparently unaware of what was transpiring.

Last Friday, the U.S. Capitol was briefly locked down after reports that a woman with a gun was attempting to enter the building. It turned out to be a false alarm.