US Capitol plot suspect due in court for plea hearing 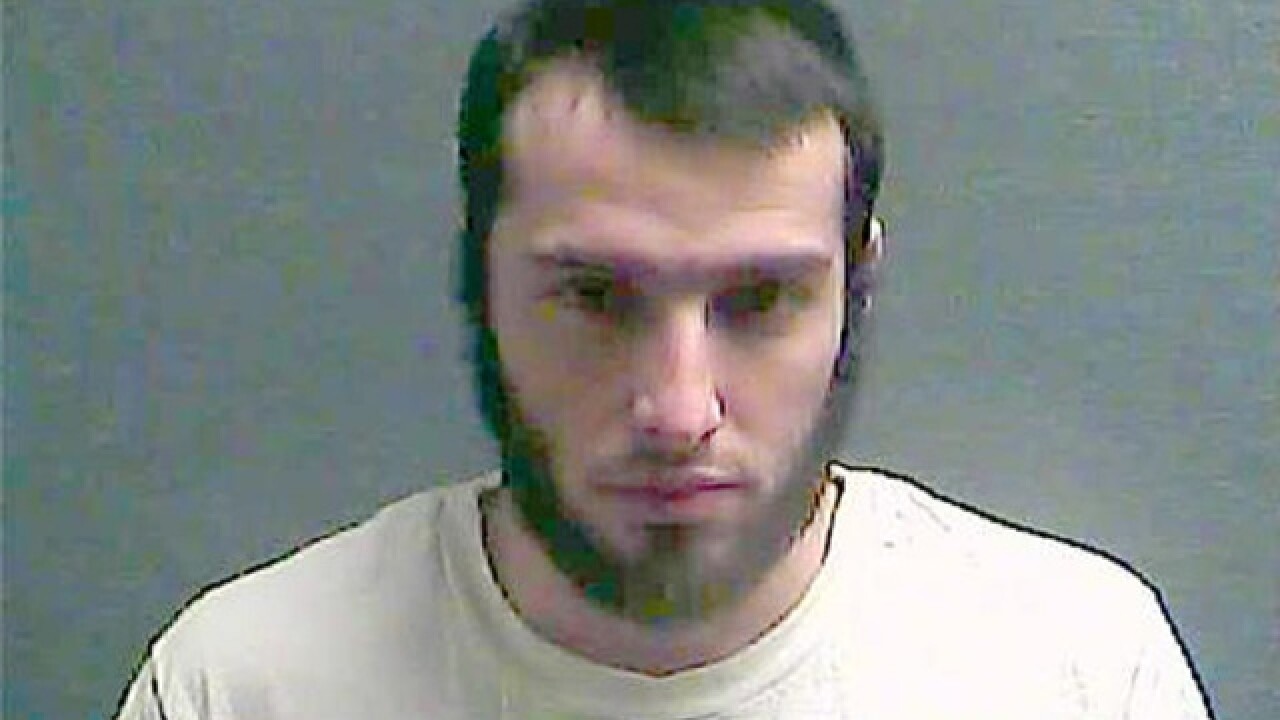 CINCINNATI (AP) — An Ohio man accused of plotting to attack the U.S. Capitol in support of the Islamic State group is due in court for a change-of-plea hearing.
Christopher Lee Cornell, 22, has pleaded not guilty to charges stemming from his January 2015 arrest. A change-of-plea hearing notice was filed on Friday in U.S. District Court in Cincinnati. Such notices often signal plans to plead guilty.
U.S. District Judge Sandra Beckwith ruled in April that Cornell was competent to stand trial after his attorneys questioned his mental state.
FBI agents arrested Cornell in the parking lot of a gun shop near Cincinnati, saying he'd just bought two M-15 assault weapons and ammunition.
Cornell's father said his son was misled and coerced by "a snitch."
Charges of attempted murder of U.S. officials and employees and solicitation to commit a crime of violence carry potential 20-year prison sentences with convictions. A charge of offering material support to a terrorist organization carries a sentence of up to 15 years. Cornell also faces a firearms-related charge, which carries a mandatory minimum of five years and up to a maximum of life in prison.
Federal authorities have expressed deep concern over Islamic State militant efforts to recruit homegrown "lone wolf" terrorists.
Last month, authorities announced that a 21-year-old college student from Ohio had pleaded guilty to plotting to execute a U.S. military official and then attack a local police station in support of the Islamic State group.
Unsealed documents said Munir Abdulkader, of West Chester Township, was arrested in May 2015 and pleaded guilty in March.
Court records showed Abdulkader pleaded guilty to attempting to kill officers and employees of the United States, material support of a foreign terrorist organization and possession of a firearm in furtherance of a violent crime.
He faces five years to life in prison for the firearms count and up to 20 years for the charge of attempted murder of government officials and employees when he's sentenced in October.
As for Cornell, the FBI said the Green Township man wanted to "wage jihad" and sent messages on social media and posted video in support of Islamic State militants and violent attacks by others.
Cornell told WXIX-TV after his arrest that he wanted to shoot President Barack Obama in the head.
Last year, U.S. District Judge Sandra Beckwith appointed Martin Pinales and Candace Crouse to represent Cornell after a federal public defender asked to withdraw from the case. The same lawyers represented Michael Hoyt, a former Cincinnati-area country club bartender who was found not guilty by reason of insanity on a charge he threatened to kill then-Speaker of the House John Boehner.
They subsequently filed a motion last November saying there was "reasonable cause to believe" Cornell was mentally incompetent.
Beckwith heard testimony in April in which a psychologist said Cornell was then able to participate in his defense, modifying his earlier opinion that Cornell couldn't properly assist his defense.
Psychologist Scott Bresler, of the University of Cincinnati, has met repeatedly with Cornell. He said that Cornell for the first time in April asked to be called "Chris" instead of Raheel Mahrus Ubaydah, which he had adopted as his name. The long hair and beard Cornell had when he was arrested were cut before his April competency hearing.
The psychologist testified Cornell has anxiety and personality disorders and can be deeply depressed, and urged that he be re-evaluated before trial because his competency could change.
Copyright 2016 The Associated Press. All rights reserved. This material may not be published, broadcast, rewritten or redistributed.