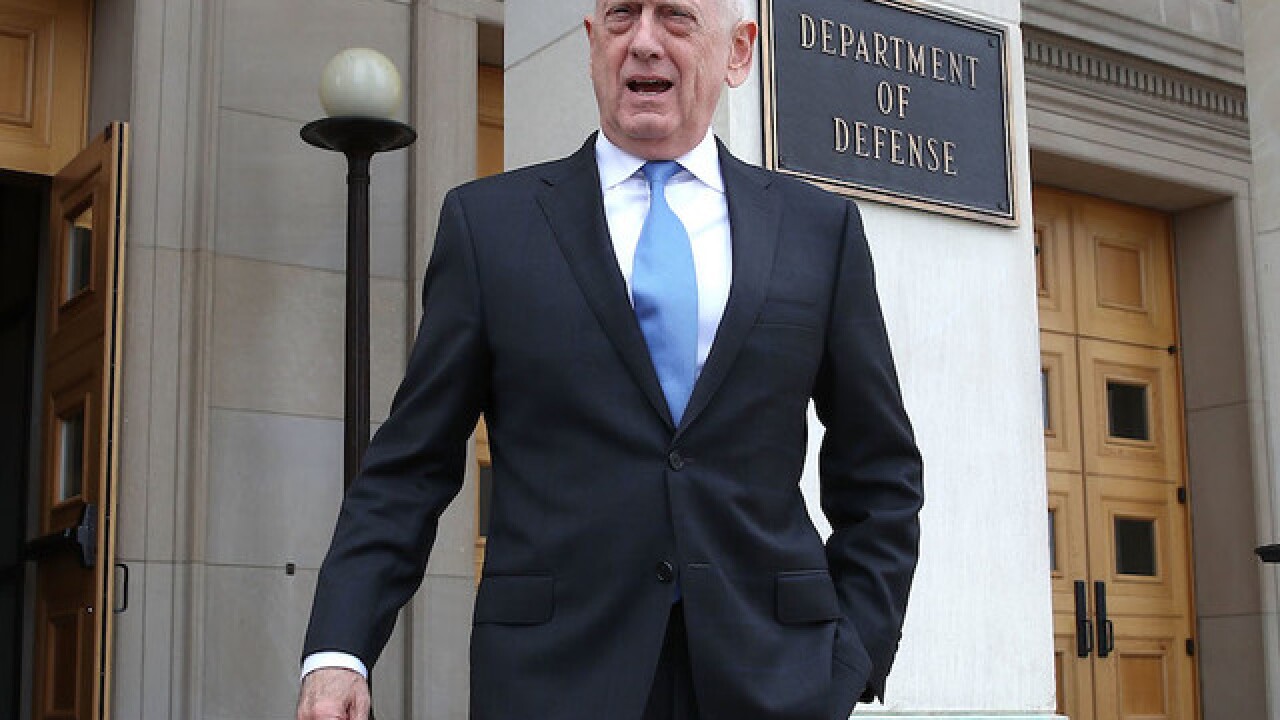 The Pentagon has denied Syrian claims the US attacked a Homs air base Sunday, hours after President Donald Trump tweeted "Animal Assad" would have a "big price to pay" for an alleged chemical weapons attack in the city of Douma.

The base, located in a strategic position between the cities of Homs and Palmyra in Syria's west, has been a key staging ground for Syrian and Russian aircraft during the war.

Earlier, Syrian State TV said the assault was a "likely attack by the US."

However, a senior US administration official told CNN Sunday that reports from the region claiming US Tomahawk missiles had struck targets in Syria were not true. The Pentagon also issued a statement denying the attack.

"At this time, the Department of Defense is not conducting air strikes in Syria. However, we continue to closely watch the situation and support the ongoing diplomatic efforts to hold those who use chemical weapons, in Syria and otherwise, accountable," a Pentagon statement said.

The Israel Defense Forces refused to comment on the attack Monday. Israel has launched attacks on sites in Syria in the past, most notably in February when it struck twelve targets including three aerial defense batteries, as well as four targets which the IDF described as Iranian.

That attack came after the shooting down of an Israeli F-16 fighter jet by Syrian forces, and the infiltration of Israeli airspace by what the IDF said was an Iranian drone.

On Sunday, Trump said there would be a "big price to pay" after an alleged chemical weapons attack in Douma, near the capital Damascus on Saturday, which the US blamed on Syrian President Bashar al-Assad.

It's not clear what retaliatory action Trump has in mind, if any, but the issue is expected to be discussed at a "small group" meeting of the National Security Council Monday, led by John Bolton on his first day as White House national security adviser, two administration officials told CNN.

In April of last year, the US launched Tomahawk missiles at a Syrian air base after the US and others accused Assad's forces of perpetrating a deadly chemical weapons attack in Khan Sheikhoun, which the Syrian military denied.

Six people were killed in the retaliatory US airstrike, which US Secretary of Defense James Mattis claimed last year destroyed about 20% of the Syrian government's operational aircraft.

Graphic images showed people, including children, apparently dead and injured -- some with some kind of spittle or foam in their mouths in makeshift medical centers. CNN could not immediately confirm the authenticity of the images.

The Russian Foreign Ministry issued a statement on Sunday calling the reported chemical attack a "hoax" and an "information attack" aimed at shielding "terrorists."

"Information attacks about the use of chlorine or other poisonous substances by the Syrian government troops are continuing. Another such hoax about the chemical attack that supposedly took place in Douma emerged yesterday," the statement said.

Syrian forces are on the verge of reclaiming Douma, the last town held by rebels in Eastern Ghouta, which was besieged for six years and had been heavily bombarded since mid-February.

The alleged chemical attack sparked international outrage. The United Nations Security Council will meet on Monday, after Russia called for a discussion on "international threats to peace and security," and nine countries, including the US and France, requested a meeting on Syria.

Trump spoke with French President Emmanuel Macron late Sunday. In a readout the White House said both leaders "strongly condemned the horrific chemical weapons attacks in Syria and agreed that the Assad regime must be held accountable for its continued human rights abuses."

The two leaders "agreed to exchange information on the nature of the attacks and coordinate a strong, joint response," the White House said.

In March, Macron said France was prepared to strike Syria if it used chemical weapons against civilians.