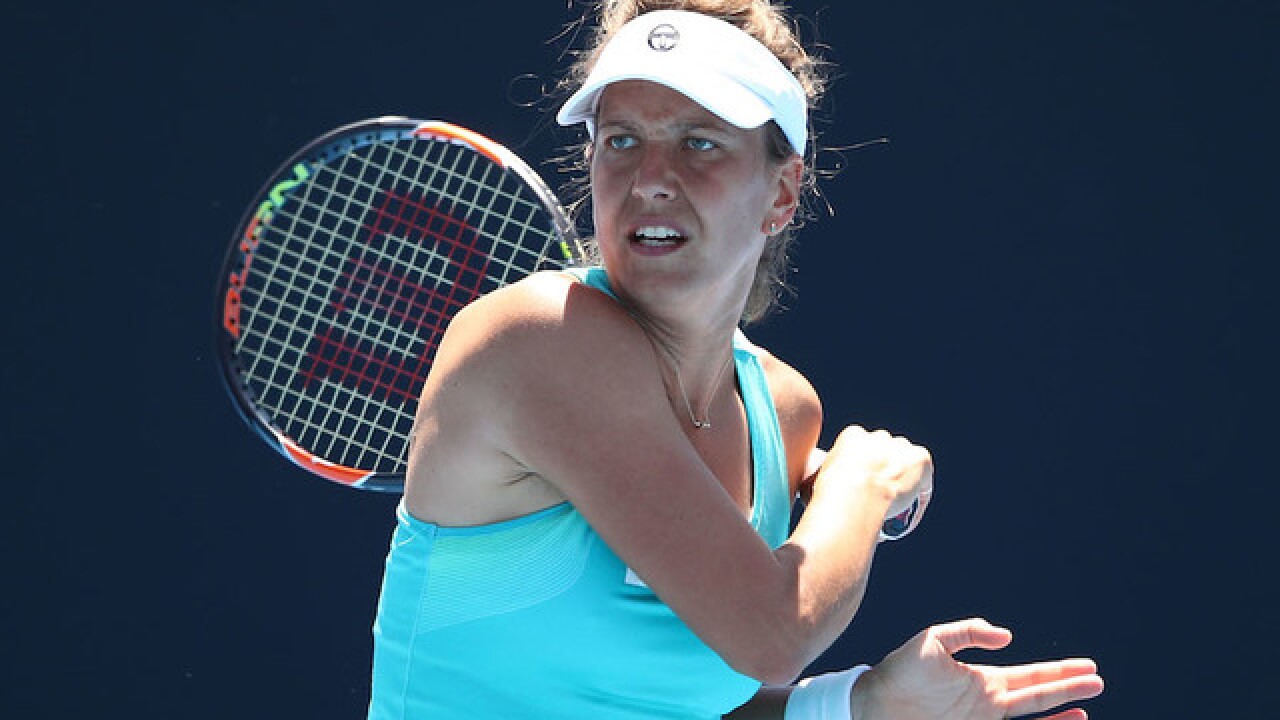 Copyright Getty Images
Cameron Spencer
<p>MELBOURNE, AUSTRALIA - JANUARY 19: Andrea Petkovic of Germany plays a forehand in her second round match against Barbora Strycova of the Czech Republic on day four of the 2017 Australian Open at Melbourne Park on January 19, 2017 in Melbourne, Australia. (Photo by Cameron Spencer/Getty Images)</p>

(CNN) -- The US Tennis Association has apologized to the German Fed Cup team for playing the Nazi-era national anthem ahead of a replay match in the women's tournament.

The verses have developed a strong association with Nazi-era Germany.

The words translate to "Germany above all, above all in the world."

In footage of the incident, the crowd and the German team appear to be singing different lyrics to that of singer Will Kimball, a local hospital worker and former professional opera singer, according to local media, who was tasked with delivering the anthem.

The Association apologized in a statement but didn't explain how the mix-up happened.

"The USTA extends its sincerest apologies to the German Fed Cup team and all of its fans for the performance of an outdated national anthem prior to (Saturday's) Fed Cup competition," the statement reads.

"In no way did we mean any disrespect. This mistake will not occur again, and the correct anthem will be performed for the remainder of this first-round tie."

"The USTA extends a sincere apology to the German Fed Cup team & fans 4 the outdated National Anthem," the tweet reads. "This mistake will not occur again."

Ulrich Klaus, the President of the German Tennis Federation acknowledged the USTA apology.

"Our American hosts made a mistake at the opening ceremony in Hawaii on Saturday which shouldn't happen," he said in a statement carried on the Federation's website.

"The fact that in the year 2017 the wrong national anthem can be played, and one that is associated with so much cruelty in the past was for the players, staff and the German fans equally disturbing and shocking. The... USTA, has immediately apologized through their President Katrina Adams both officially in writing and personally and deeply regrets the mistake."

Speaking after her defeat in Hawaii, German team member Andrea Petkovic, who was born in Bosnia but grew up in Germany, said the mix-up was "the worst thing that has ever happened" to her.

"I thought it was the epitome of ignorance, and I've never felt more disrespected in my whole life, let alone in Fed Cup, and I've played Fed Cup for 13 years now and it is the worst thing that has ever happened to me," Germany's top-ranked player in the competition said.

In what was the opening match of the day, US player Alison Riske upset former Top 10 player Andrea Petkovic, 7-6, 6-3.

The other day's match, between CoCo Vandeweghe and Julia Goerges, was suspended due to rain. Vandeweghe prevailed over the German once play resumed, and on Sunday beat Petkovic 3-6, 6-4, 6-0 to send the US into the semifinals for the first time in seven years.