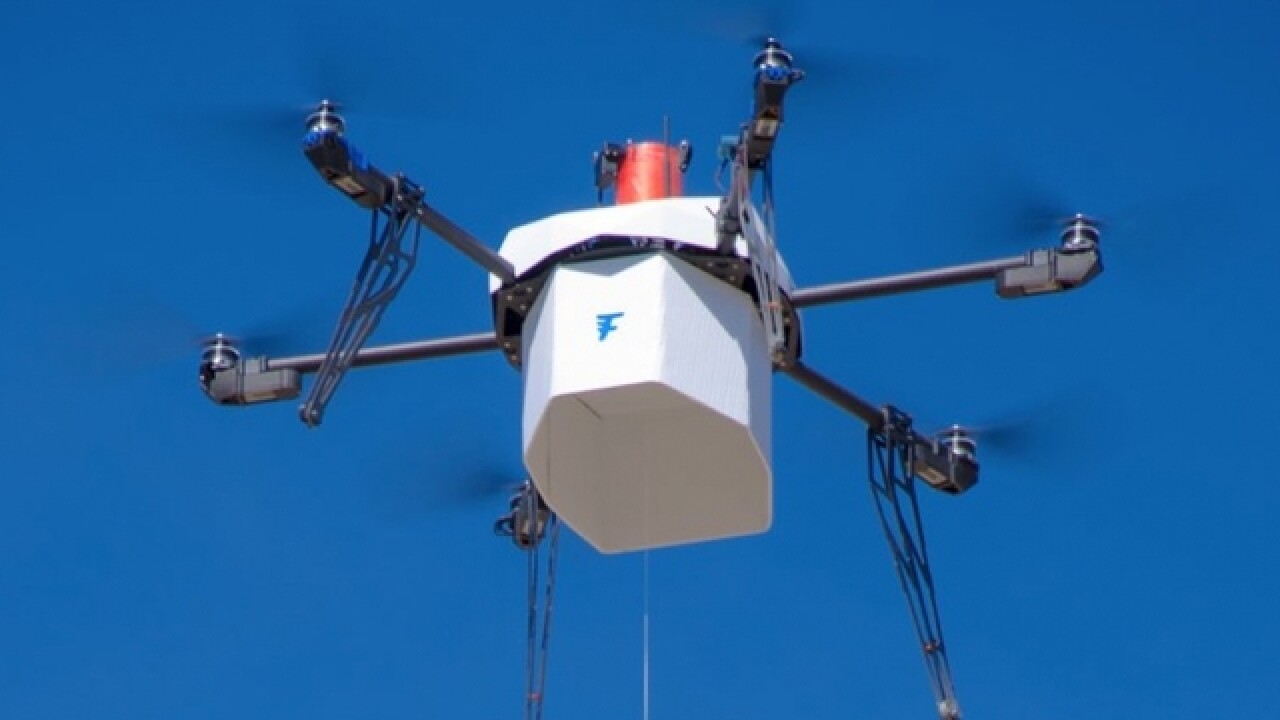 SALT LAKE CITY (AP) — Utah lawmakers voted Wednesday to allow authorities to disable or damage unauthorized drones near wildfires after at least one has plagued firefighters in the southern part of the state.
The bill lawmakers approved in a special session would also impose harsher penalties on people caught flying the aircraft, with the maximum punishment of 15 years in prison and $15,000 fine if a drone causes a firefighting aircraft to crash.
Bill sponsor Sen. Evan Vickers, R-Cedar City, said that while the bill does allow firefighters or law enforcement to shoot down a drone, he doubts they'd do so because the unmanned aircraft fly so high and it would be difficult to do. Instead, fire officials or law enforcement officers are expected to use technology that jams signals to crash drones.
Vickers told The Associated Press that the state highway patrol and National Guard already have the technology.
"The redneck in me is just to shoot the damn thing," Vickers told lawmakers, adding that it was much more "humane" to jam the drone's signal.
He said the technology allows officials to target a specific drone and can be used without hurting other nearby aircraft or technology.
It does not appear any state currently allows a drone to be disabled specifically for flying over a wildfire. Louisiana has a law allowing police or firefighters to disable a drone if it endangers the public or an officer, said Amanda Essex, who researches state unmanned aircraft policies for the National Conference of State Legislatures.
Gov. Gary Herbert is expected to sign the bill into law within days.
The Republican said before the vote that the costs of fighting a small wildfire burning about 300 miles south of Salt Lake City would have been several million dollars if five drone flights hadn't interfered.
"Now we're way past, north of $10 million because we had to ground aircraft all because of a drone," Herbert said.
The Washington County Sheriff's Office has been investigating drones flying near the fire, which is burning on a rocky ridge above the town of Pine Valley, but no arrests have been made or suspects identified. The sheriff's office has offered a $1,000 reward for information that leads to an arrest.
A handful of states, including Utah, have laws making it a crime to fly a drone that interferes with manned aircraft or firefighting operations. Those laws could be used to charge someone flying near wildfires or interfering with firefighters using tankers, helicopters and other manned aircraft.
Earlier this year, Utah lawmakers considering allowing law enforcement to shoot down drones that interfere with emergency workers, but they backed away from the idea. Other states have proposed shooting down drones, but it hasn't become law, according to the National Conference of State Legislatures.
Utah instead passed a law earlier this year making it a crime to fly the unmanned aircraft near a wildfire. The penalties involved fines of up to $2,500 and jail time if a drone flying near a fire stops aircraft from flying or dropping water or retardant. If a drone actually collided with an aircraft or caused it to crash, the drone pilot could face up to 15 years in prison and a $10,000 fine.
Under the legislation approved Wednesday, those fines would all be higher, with the maximum fine at $15,000.
Rep. Brian Greene, R-Pleasant Grove, was one of two lawmakers to vote against the legislation. He said he had no problem disabling drones but was concerned that lawmakers were enhancing fines on a law so new that no one had even been cited yet.
The law would also allow courts to make a drone pilot pay damages.
Copyright 2016 The Associated Press. All rights reserved. This material may not be published, broadcast, rewritten or redistributed.