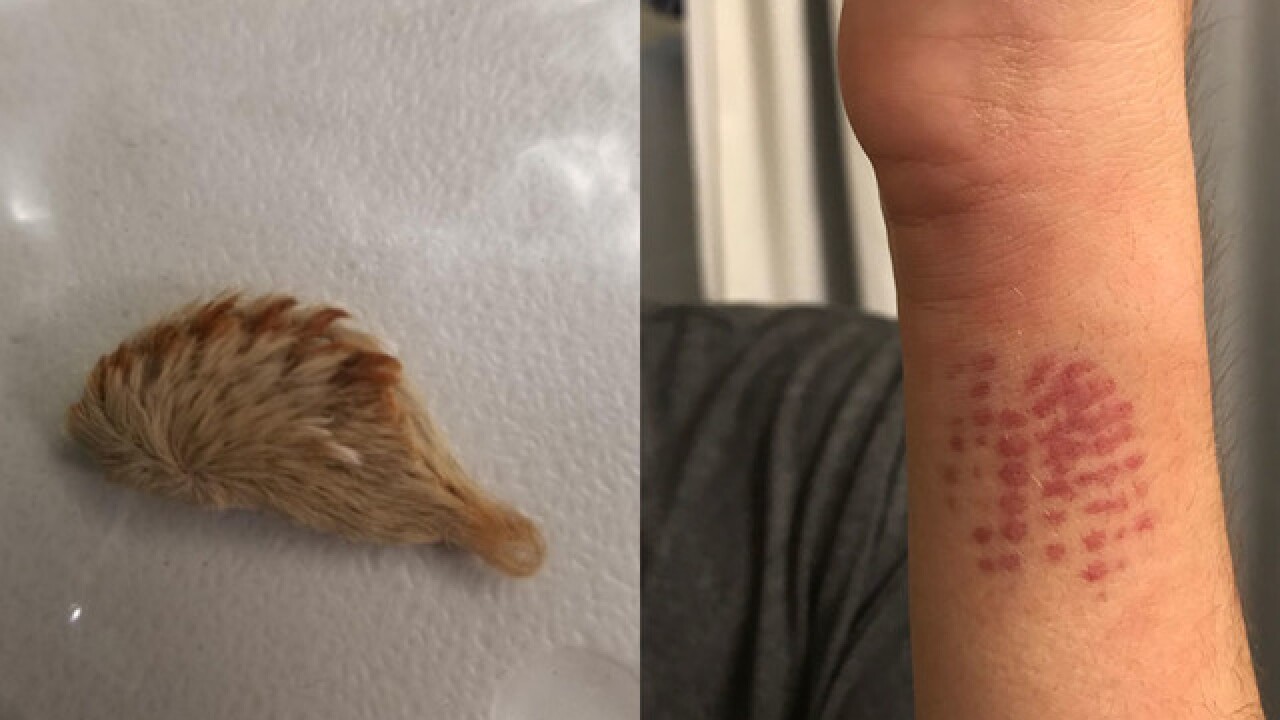 LAND O LAKES, Fla. — A mother is warning others in Florida to be on the lookout for venomous furry caterpillars after her son was stung while doing yard work.

“I could see little kids picking them up and that was my big concern. That’s why I posted it,” Andrea Pergola said.

Her 15-year-old son Logan had to go to the emergency room after his arm brushed against a puss caterpillar while doing yard work.

“It kind of felt like someone was drilling into my bone and wouldn’t stop. It was horrible,” he said.

Pergola used thick gloves to grab the caterpillar and brought it in a bag with them. The doctor treating Logan recognized it.

“He said that they’re around and he’s seen them before and that he [Logan] would be fine,” Pergola said.

She says Logan has a high pain tolerance, but the sting was one of the most painful things he’s ever experienced.

Logan was stung on his wrist, right next to his hand. Within five minutes he said the pain spread all the way up to his elbow.

“He was just screaming that 'It’s burning, it’s shooting up my arm! <y arm is going numb,'” Pergola said.

Within an hour, he and he had a red rash all the way up to his chest.

After rushing him to the emergency room, his mom said it took hours before he started feeling better.

“At one point I even said I’m not leaving today and I’m staying the night, even if the doctor says I have to leave,” Logan said.

Andrea and Logan both want others to be aware of the caterpillars so they don’t have to take a trip to the hospital too.

Logan has advice for others who may come into contact with the caterpillars.

“Wear gloves,” he said. “I wasn’t wearing gloves and I probably should have been.”