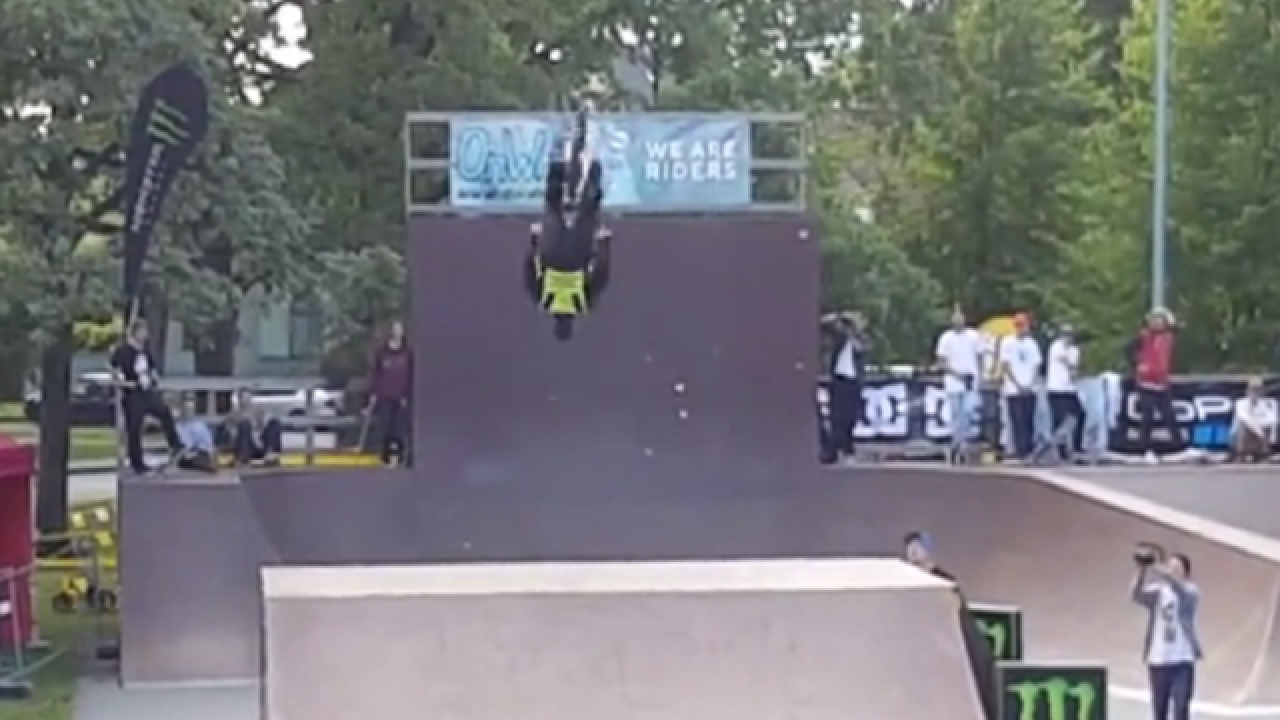 When you’re not following the rules, security is always there to stop you – and in some cases, even outshine you.
After ignoring a security guard’s requests during an event in Estonia, one BMX rider was taught a valuable – and hilarious – lesson.
The security guard appears to steal the athlete’s bike, riding up a ramp and completing what appears to be a skilled and difficult trick. The guard then confiscates the bike.
Impressive and effective, but just plain mean. See it for yourself in the video below.
Copyright 2016 Scripps Media, Inc. All rights reserved. This material may not be published, broadcast, rewritten, or redistributed.